Nice pie and a bottle of red in The Old Ferryboat last night. I would have used their free WiFi but they wanted to much information, shame as I could pick it up on the boat right across the green.
The bows of the boat were against the bank but the rest was somewhere else. Overnight we had all the hatches and doors open with the fly screens in trying to keep cool.

We are now covering the same ground for the fifth time this trip so I will try and keep the reports as interesting as possible but some of them may be a bit short for a couple of days.

This morning we woke to sunshine and it just got hotter. Looking over the side of the boat was like looking into a fish pond, the camera doesn’t do it justice. 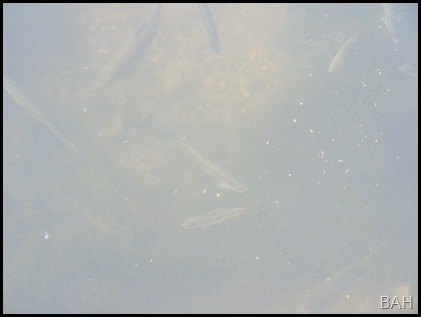 A rather bedraggled swan saw us on our way back up towards St Ives. 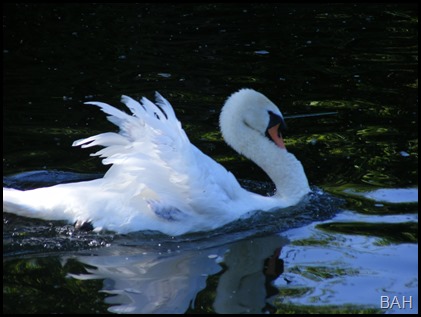 St Ives lock was interesting with some of the rope work being used to try and secure a cruiser while the lock was filling, that was after he insisted on locking the control panel even though there was a boat waiting to come down.

We filled with water at The Waits and then went a bit further up and moored do do a bit of shopping,a couple of plumbing fittings required and something to stand the BBQ on, this turned out to be two baking trays from the pound shop.

By the time we had lunch the temperature was 31°C so we sat it out for a while, but as the sun moved we decided the breeze on the river may be better so continued up to Hemingford lock. I could see a boat in the lock and a strong flow of water coming out of the bottom gates. Then the top guillotine gate lifted, they had only left both bottom paddles, or slackers fully open while opening the top gate fully. Diana ran up and dropped them both but they didn’t have a clue what she was doing and just sailed off into the afternoon. There was loads of room to moor at Hemingford Meadow but we continued on up to Houghton Lock Island which is a very wild EA mooring where people have mown/flattened some areas of weeds. Diana used our shares to make a path from the bow of the boat to the stern through the nettles, something not needed by the cruisers.

While shutting the engine down I  noticed a damp patch on the engine bearer, the drain plug was weeping on the fuel filter, so I wiped and nipped it. Walking back it was now dripping due to the sealing washer on the drain plug giving up the ghost. If it hadn’t been an exposed engine I would probably not noticed it until I had a bilge full of diesel.

Sitting here we have watched a Coot in a blind panic because she lost her chick, it slowly came swimming back to her up river while eating bits and pieced. We also had a visit from a family of swans. 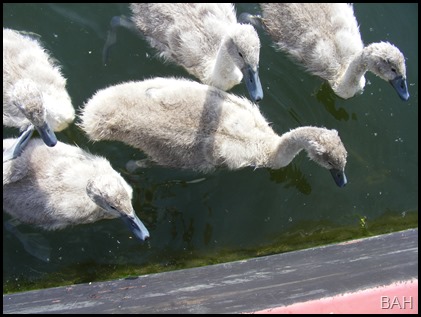 The top temperature we recorded this afternoon around 3PM was 33.5°C.