Last night we ate at The Moorings, Crick. They were quite busy and the food tasty. When we got back to the boat it was a bright star light sky overhead.

This morning the clear sky had gone, it was blowing and raining, ideal weather for staying in bed all day. We set off at about 11am. in the rain, but it wasn’t long before we were in Crick Tunnel, so the rain didn’t matter any more. Leaving the far end of the tunnel the rain eased right off, we reached the locks, then it was at its worst. The lock keeper helped us down the flight which was good of him, no waiting straight in and down. Of course soon as we were down the weather improved a bit. This pair of ducks standing on the roof of a moored boat seemed quite happy with things. 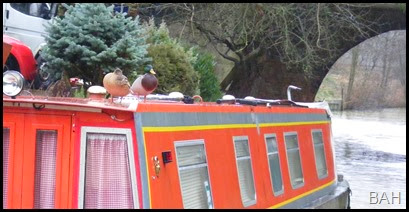 We carried on to Norton Junction and stopped for lunch, as soon as we stopped the sky went blue, the rain stopped and the sun shone. It stayed like this until we were ready to set off again and then back came the clouds and rain. 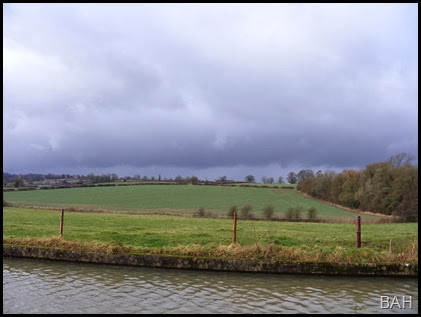 Just prior to Braunston tunnel where the weather picked up again I had seen A4 notices stuck to trees so I thought I would try and photo them to see what they say. They are actually tree preservation notices tell people that the trees are protected and that planning consent is required before cutting or felling. 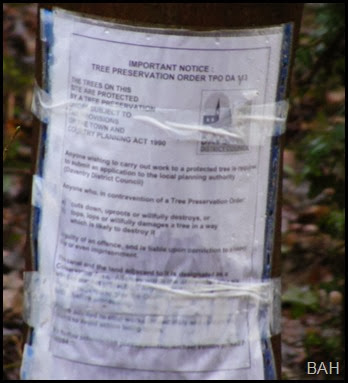 Several trees in the area have been trimmed and felled so I don’t know it that was done without permission, hence the notices. or these are to show that permission has been granted.
The tunnel was clear, well we have not seen a boat move all day and when we emerged at the Braunston end the weather was even better. The contingency plan was to moor above, but close to the top lock for the night if the weather was bad, well away from the trees. But as it was fine we would go down into Braunston.

At one of the locks there was a flower tribute laying by the mooring bollard. I find these so sad and wonder what is behind them.

The locks were all against us and the towing path between them awash, the worst section was the pound below The Nelson pub. They seemed to be doing a good trade by the number of cars outside just before 4pm.

Once clear of the flight we moored by the marina east entrance on the rings at quarter past four, we were going on to Butchers Bridge but its more open here so less to blow on top of the boat.

Those ducks look as they're enjoy being high and dry ! perched on what looks like an ex Teddesley hire boat. We hired nb Tilly, from there once a really nice boat it was too.
It was when the proprieter Linda's husband was alive. Nice couple. I believe Linda has now sold the business.
I hope the weather improves for you, although the forecast doesn't look promising, I'm afraid.I'll be up at Napton Marina, doing a few odd jobs on VN, give us a toot if you see us. VN is on the far side, about 10 N'boats in from the left,moored with her stern
showing. Simon nb Vida Nueva