This was the view from our rear doors this morning, we were moored directly in front of a light ship. Its for sale if you fancy it. 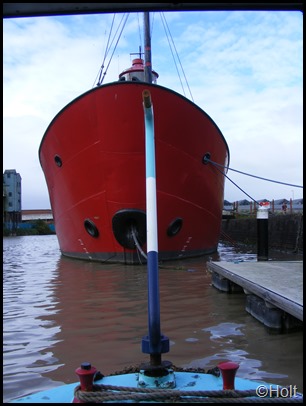 Llanthony lock is supposed to open at 8 am but then closes to boats between 0820 and 0900 hrs to let all the workers get into town, so at 8 am we were ready to leave, unfortunately the lock keeper wasn’t and it was ten passed before he opened up, by then there was us, a boat moored a short way ahead and another coming up behind waiting for him. Once clear of the bridge I rand the lock keeper who had just let the first boat of the day out, so we had to wait for it to be refilled, by which time there were 5 of us milling around waiting for the gates to open. 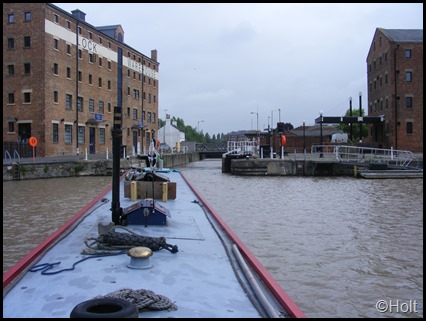 The trip up to the Upper Partings is quite narrow so the water runs faster and we were only doing about 2½ MPH pushing up there, I was second boat in the convoy. 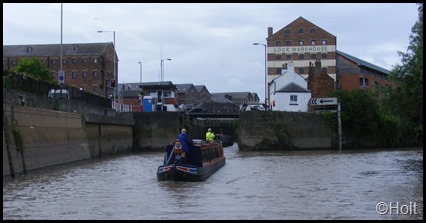 We only met one boat before the partings on quite a straight part so no problems there. At the partings the boat ahead was to far to the right and hit the bottom but luckily slid over it and carried on upstream, slowing and waving me passed. At Upper Lode Lock I was first boat in the lock, and as we were well spaced out by now everyone had time to sort themselves out before the next boat came in, there were only 4 of us now as one stopped at one of the pub moorings.

Severn on the right, this runs up to the weir that we visited when we were in Tewksbury last week.

One of the boats stopped at Tewksbury so that left 3 of us going upstream. Not long after the road bridge there is a wharf on the 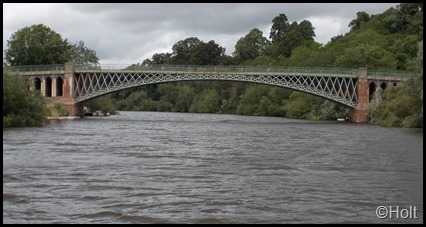 right hand side, as we passed I noticed a man sat in the loader 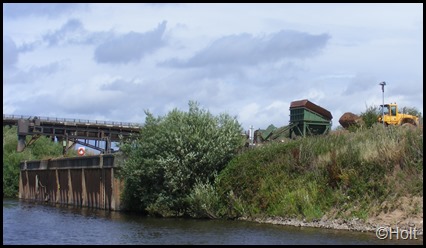 so guessed that it would not be long before we met an empty gravel barge, sure enough “Perch” was on her way down to load up. 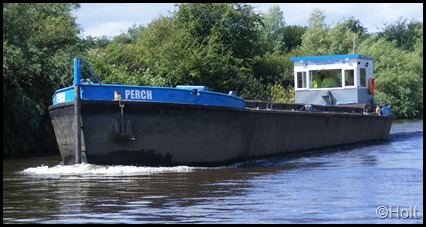 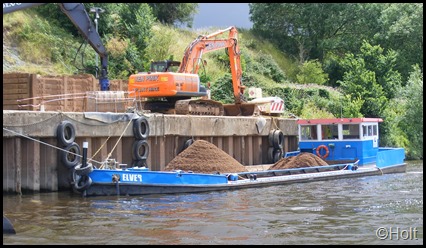 one about. Again just a guess the chap that unloads is the same one who loads so he was waiting for Perch to arrive and will then return to unload them both. Moored ahead of Elver  were Chub and Pike.

Its good to see that there is still some commercial carrying going on on the river even if it is only 2 miles.

We had hoped to moor at Upton on Severn for the night but there were already 4 boats on the pontoons and 2 on the steps, I did consider trying the end of the steps but that would have put us under the road bridge and we didn’t fancy that, we were there several minutes but no one offered us to breast up so we continued on our way to Worcester. I don’t think this foot bridge 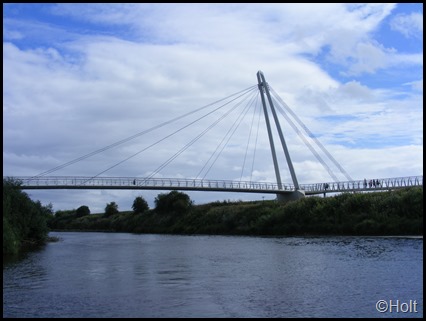 was here last time we were this way, but then I didn’t remember the locks were tandem ether. Its a bit confusing as not only is 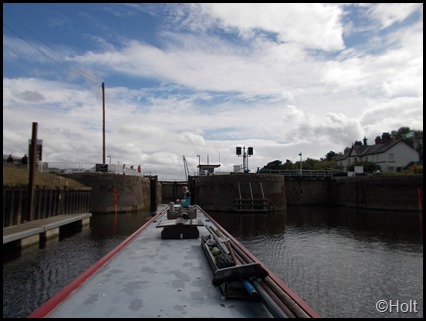 this lock known as Diglis lock but so is the one off the river going up to Diglis Basin. Our second choice of moorings for the night were the Worcester river moorings but these were also full so we locked up the other Diglis Locks, through the basin to take the 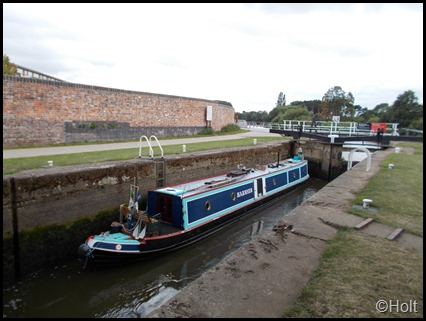 last visitor mooring after the basin. Diana has walked up the canal and said there is not a single boat moored above Sidbury Lock. 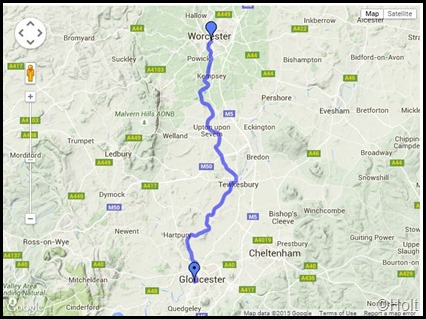