Between Bedworth and hawkesury Junction

We set off at our normal 10am. to find the first lock we came to with us, but the next against us, it was unusual to find the pound between locks 9 and 8 actually full of water. This memorial was beside Lock 8 to a lady who died there a few years ago. 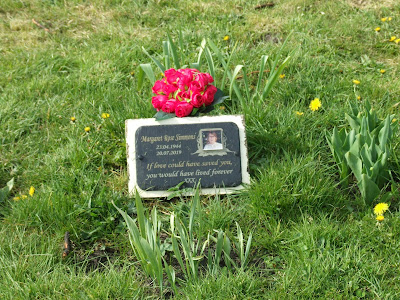 The rest of the locks were with us and from lock 4 we were assisted by Volockies, the ones at lock 4 were under instruction but at lock 3 our friend Terry, a long term boater was on duty, round the bend to number 2 there was another who informed me that voles have been seen in some of the side pounds and finally onto the top lock the Volockies  were still being trained but an experienced one help us up while the other were being instructed. At the hop of the locks this swan decided that a garden would be the best place to build her nest and lay her eggs. Not a very good photo because the focused was set wrong. this has resulted in the rest of the photos getting dumped as well.
T 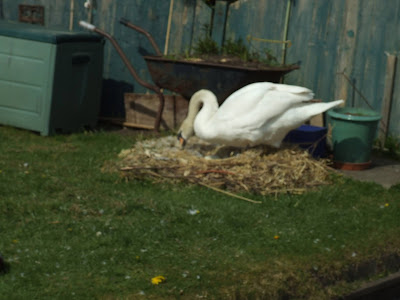 We met a few boats today, but no mad rush that we were expecting, the marina where we moor was half empty when we left but the new one at Mancceter looked quite full, as did Springwood Haven which I understand is under new management. We carried on in the sunshine, treading our way between the boats moored at Boot Wharf, Nuneaton. Round by the collection of cutouts, which now include the 7 dwarfs as well as the Simpsons at Charity Dock, Past the entrance to the Ashby Canal at Marston Junction to moor for the night between Bedworth and Hawkesbury Junction just after 3 35pm. so we have done 9 locks and 12 miles.
Once moored up we walked back to bridge 13 and crossed over to explore the Newdigate Colliery Arm, it doesn't actually go very far now, probably 150 yards to a dead end just before the railway bridge. 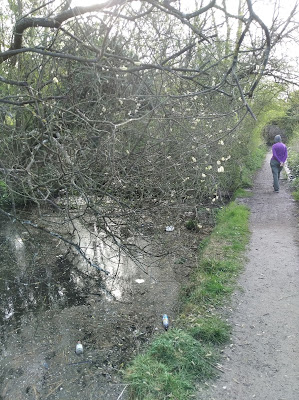 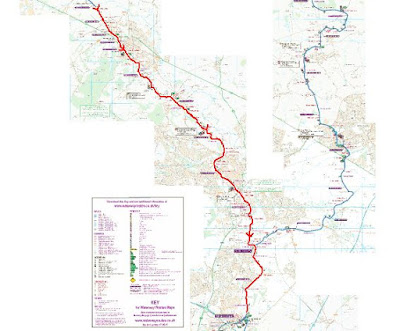