We set off at our normal 10am just as a boat load of pirates went by, that’s right a Willow Wren in a stag do. They did pass all the moored boats very slowly and when we got a closer look at them they were not teenagers by a long way. We were quite surprised how many boats we met just after starting out.

The CaRT contractors have  made a good job of cutting the offside vegetation back. I hope they have the budget to get beyond Ansty. 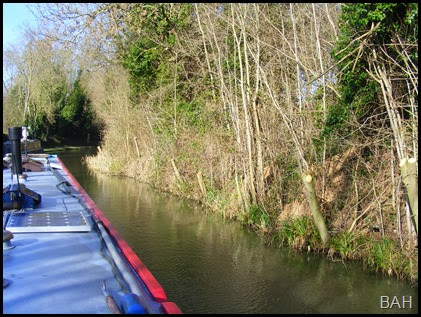 After All Oaks Wood moorings I could see a small green boat paddling around in the canal where it passes through the cutting that suffers badly with landslips. I thought they were removing 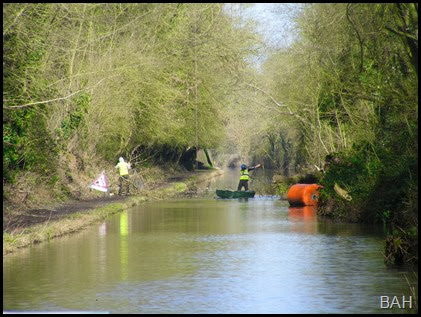 more off side vegetation, but as I got closer I spotted a chap up a tree on the towing path side. Rather him than me. Of course they stopped work while we passed by. There were four Buzzard circling very high above us. Suddenly one dropped like a stone to just above hedge level a few minutes latter followed by a second, I would say they were well over 500 feet. 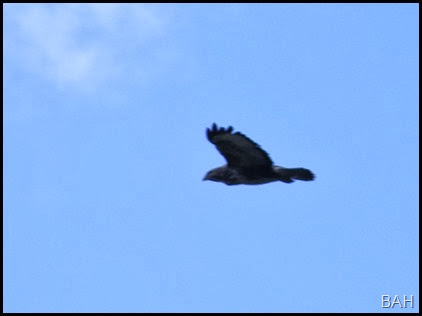 Approaching Ansty CaRT have seen fit to put a couple more signs up on the towing path, there is already a great big orange marker buoy tethered over the obstruction, so to hit it you would need your eyes shut, in which case you wouldn’t see the sign. Cost? 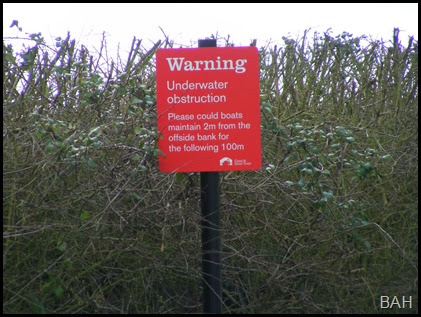 I dont think the chap almost opposite the now closed, Elephant and Castle will be able to get any more cars and vans onto his spit of land. 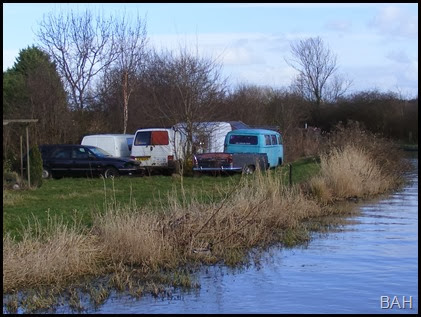 This was just after we were overtaken by two motorbikes, strangely they both had helmets on and both had their headlights on. I think they even had number plates. They were off to play on the old colliery just before the moorings at Sutton Stop. We filled with water just before the lock at Sutton Stop of Hawkesbury Junction. The lock only drops you about 6” onto the Coventry Canal, but the lock gate is still one of the few with a strapping post that the working boaters used to both close the gate and stop the boat when they came into the lock using a rope. 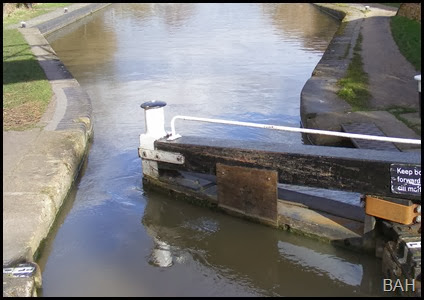 Swinging under the bridge I spotted this cat, I had actually seen it before but been to busy getting round the 180° bend to photograph it, today I had to wait while Diana chucked a sheet of bubble wrap in the bin, so had time on my hands. 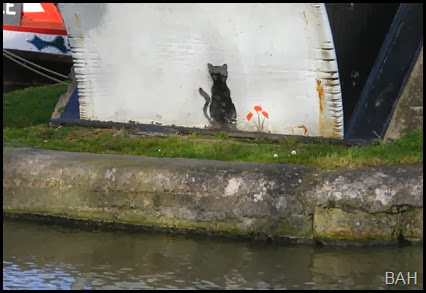 We carried on along the Coventry Canal to Bedworth where we stopped for afternoon tea with Terry and Christine, as we are trying to lose weight we said no to her home made cake, which was a shame. As we were about to leave them a boat came by, I nearly pulled away in front of it and realised that would have been the best option as I waited for them to go by. we then followed them at a maximum of 2 MPH until they moored up a short way beyond Charity Wharf, we continued on and moored just past Marston Junction at 5 30 pm. the nights are really drawing out now.