Last night again was not the quietest mooring we have had with a busy road nearby. We would have been much better a bit further along the canal.

Overnight the outside temperature dropped and the pressure went up a fair bit which meant we woke to bright sunshine and very little wind. Setting off at our normal 10am we crossed the canal and filled the water tank before continuing through Rugeley. On the pay we passed an aluminium boat that we had see a couple of days ago,  it looks as if the owner has extended the stern so I don’t know what the steering arrangements are. 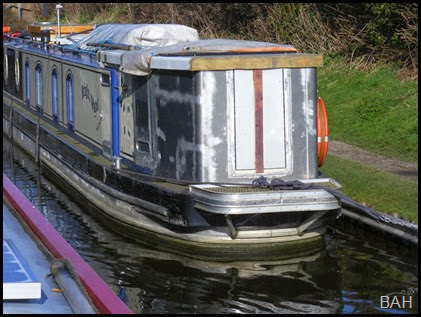 The bow has an interesting line to it as well. I have no idea who the builder was. 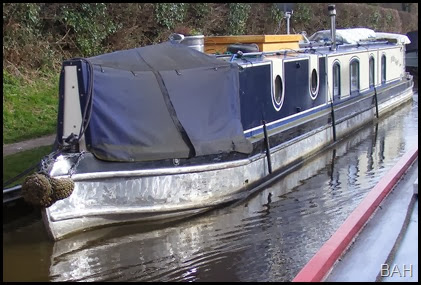 Leaving Rugeley we crossed the River Trent on Brindley Bank 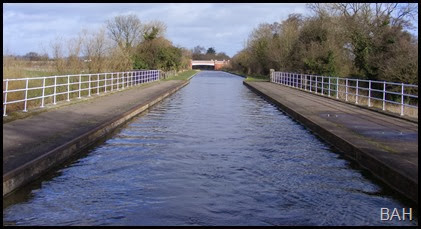 Aqueduct, the river still has a good flow on it and there are still some pools on the fields. In the distance you can see the bridge that was built in 2000. WE couldn’t go much further as Colwich Lock is closed so we had to turn at the winding hole just after the next bridge. CaRT have installed a row of mooring rings all the way from the end of the aqueduct to the bridge on the left hand side as 48 hr moorings. I can’t see that number of boat just wanting to stop there for two nights so maybe its another case of they could have spent the money more effectively.

Back through Rugeley the owner fitted a dummy speed camera at the bottom of his garden many years ago, he now has a blue light on his boat as well. 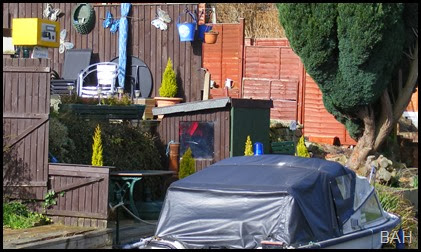 Since our last visit to Rugeley Tesco have opened a new 24 hr store right beside bridge 66 which is very convenient with a traffic free drive right to the canal.  It will make it very convenient to run the trolleys into the canal as they are not fitted with locks. Needless to say we stopped for a while and while Diana was shopping I sealed the chimney on the back stove. We also had lunch before setting off.

After lunch it was back passed Hawkeyard Hall with its interesting “gate house” I guess you would call it. 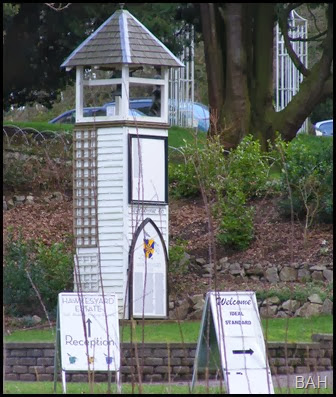 After this we came once again to the “tunnel” with notices saying you should send someone ahead to ensure there is no one coming the other way, but you can see the full length of it so you can see if anyone else is coming, you may need to draw back from the entrance but that’s all. It is hewn from solid rock and goes under a large road bridge at the south end. 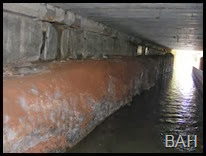 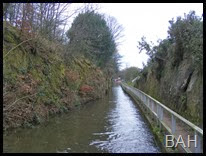 After this we were treated to a short rain show, but it didn’t come to much.

Arriving at Wood End Lock we found the bottom gates open, it’s not surprising as they are very heavy to close with short right angled balance beams. Its a petty CaRT didn’t lengthen them as they have cut them off recently and bolted them back on.

From Wood End Lock down to Shadhouse Lock there are what I think are Dormouse houses/traps for carrying out population surveys. Each one has a number on the end and they are attached to the underside of branches in the hedgerow. 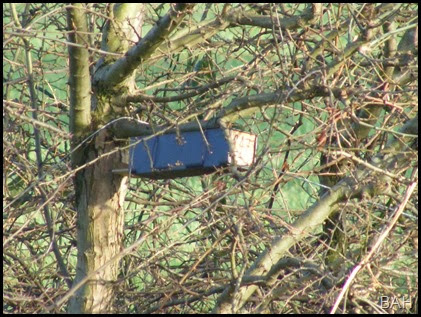 At Fradley Junction we continued straight ahead mooring below Junction Lock on the 48hr visitor moorings at 5pm.
These moorings have a notice by each ring telling you they are 48hr, like wise the bollards which are on the lock mooring each has its own notice telling you they are for lock use only. I have never seen this anywhere else on the system.

I see that there is now competition for Morrisons in Rugeley in the form of Tesco.

We used to always stop near Morrisons for the usual vital provisions like BEER, there is a really good greengrocer(best spuds for miles) directly opposite Morrisons, needless to say that Morrisons forfeited a large amount of greengrocery to this shop. However with Tesco nearby, lets hope that this greengrocer survives.
Simon nb Vida Nueva