Dear reader, tonight’s blog is slightly different in that I have added two albums of photographs, clicking the link “view full album” will open them in something called “One Drive” this is a Microsoft product so I don’t know if it works in Apple. Maybe someone will let me know.

A highly recommended mooring last night in Hawne Basin and this morning we filled with diesel at 63p/lt domestic rate. 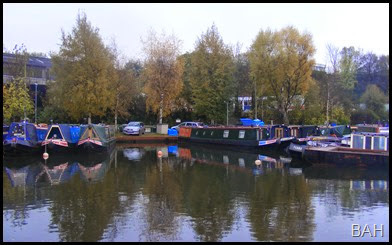 We thanked them and said goodbye at 10.30 this morning and left in warm sunshine, out through the very narrow entrance bridge hole and sharp left to retrace our steps. 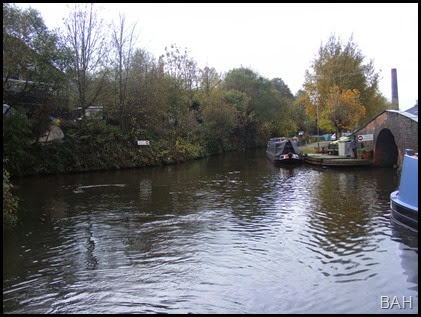 The canal at the moment only goes a few hundred yards to the right but that could change if the Lapal Canal gets restored. See the Lapal Website for more information. 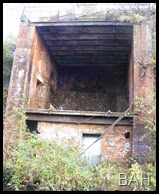 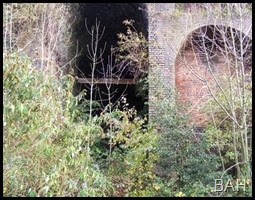 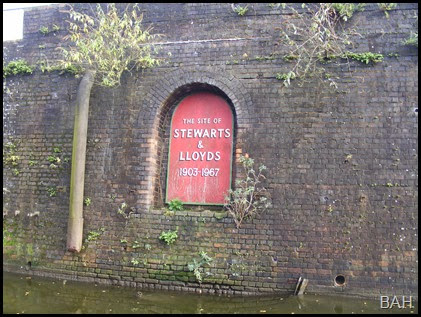 It wasn’t long before we were back into Gosty Hill Tunnel. This is quite interesting as each end there is a section where the head room is very low, head height for about 50 yards but the middle section has a very high head room, probably another 4 feet.

I can only assume that the middle collapsed at some time and was rebuilt whereas the low bits are original and quite uneven.

Just to the north of the tunnel is a garage, I wonder if they realise how far the land has eroded under their concrete apron. 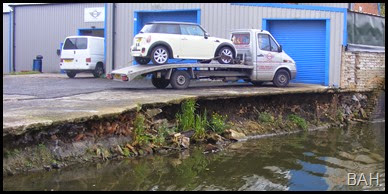 All along the Dudley No.2 canal there are cast way markers. The smallest was a Moorhen under a bridge and only about 3” tall.The surprising thing is that they have not been vandalised with spray paint.

When we reached the junction we turned left, going straight across would have taken us up the Boshboil Branch but its only about 100 yards long so we gave it a miss. We were now heading for Parkhead Junction. On the way we passed this steel yard and the owner has his Narrowboat moored right out side, I think this proves that  Beechy didn’t freeze to death on the South Oxford but is alive and well.

Not far after this we went through what use to be Brewins Tunnel before it was opened out into a cutting, full details are on one of the “Way Marker” photos. The remains of the brick portals are still visible at the south end. 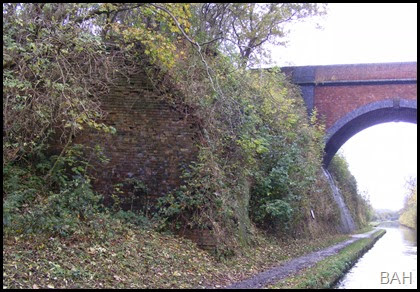 It is now known as Highbridge road bridge for fairly obvious reasons. I would rather think of it as a tunnel like Fenny.

At one time there was a link known as the BCN 2 Lock Line  because it had two locks on it, this use to bypass Parkhead Junction and lock reducing the journey length by about a mile as can be seen on Paul’s “WaterwayRoutes” electronic map http://www.waterwayroutes.co.uk 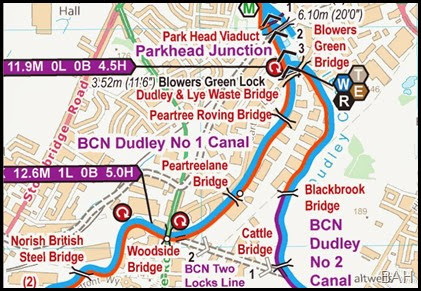 The bridge across the arm is still there on the left and the branch is in water as far as the top lock, we carried on straight ahead. 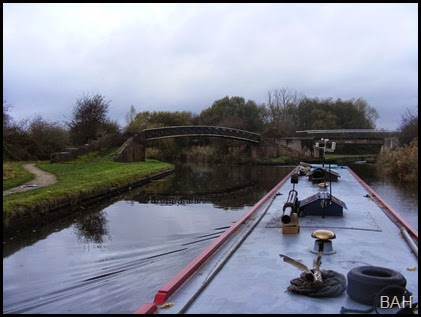 Arriving at Parkhead junction we winded and very naughtily moored on the end of the water point by the Blowers Green Pump House to eat our dinner. Moored in a short arm on the corner of the junction is a Stewarts and Lloyds tug that was used to pull the trains of day boats for Stewart and Lloyds tube works at Halesowen. 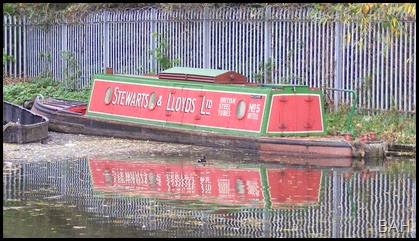 After lunch (no one came by wanting water) we said goodbye to the junction and headed back to Bumble Hole where we have moored for the night. Since we have been here we have taken a walk along the Bumblehole Branch which is now used as long term moorings, passed the short length of filled in canal to the end of the Boshboil Branch and back to Harnser moored on the Dudley No.2 Canal. 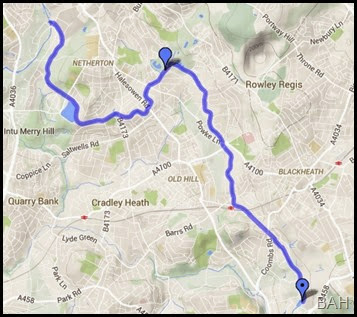 Today’s journey 8 miles 2 of them twice, no locks and two junctions.

Nice post Brian,
Yes the one drive does work on Apple though I do have a Bill Gates account which may make things easier for me.
Not over sure on that.