A boat passed before we were about, but the locks would have been against us anyway so it didn’t matter.  Last night we turned the stove off before going to bed and a good job too. as we woke quite warm without it.

We set off at 9 AM and were soon at the first of 11 locks, I quite like these locks with single top and bottom gates that don’t leak much and paddle gear that all worked, also they are a nice distance for walking.
When we reached lock 3 I spotted a boat just leaving lock 4, our luck was changing. Diana left the top gate ready for them and they moored up by the pub, so she had to walk back and close it. Lock 5 was sure to be with us, but no it was full and the top gate was wide open.

I find the lock gear on this flight interesting and I can’t say that I have noticed it anywhere else, There is a safety chain fitted to 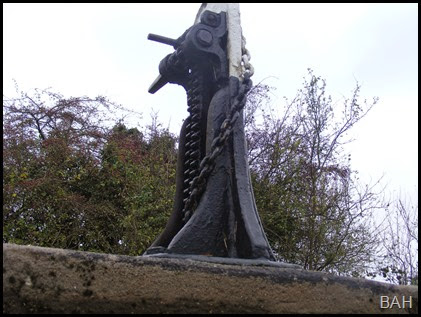 the paddle shaft which I assume would stop the rack running out if the paddle became detached. I do note that CaRT and BW before them chose not to use it. 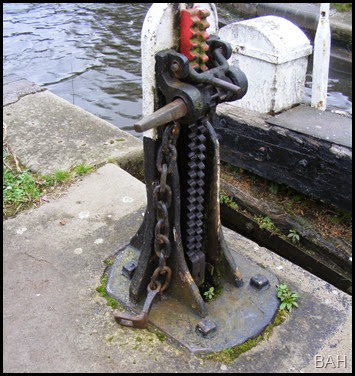 Soon after this we could see the boat ahead, just above lock 10 they pulled over for water so we passed them, but of course 11 was still against us. On into Curdworth tunnel, its not very long with a towpath running through it, but at the south end there is quite a bulge in the wall and this has taken paint of the handrail before today. There is also one a few yard before the end so you need to keep close to the towpath. 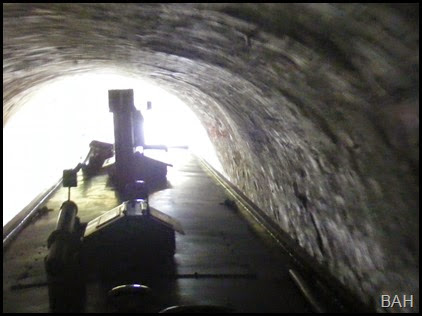 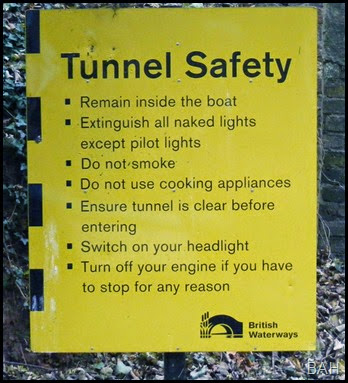 There are several tiled name boards on the flight with sculpted wood at each end. This one says Curdworth. But what you

probably didn’t notice in this photo is that the Birmingham Angles Association have decided to nail one of their rather garish signs on the wooden sculptures.They are bad enough nailed up in trees etc, but on a sculpture is just vandalism. I feel an email coming on. 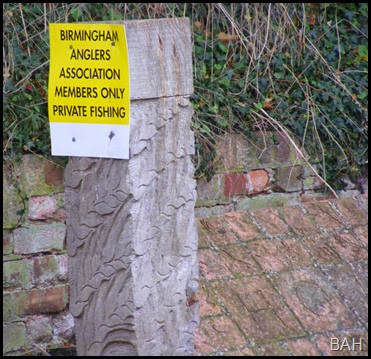 We had planned to moor near the Kingsbury Arms for the night but we had made good time and it was still not quite mid day. Work is on going on the new extension with old carpets and 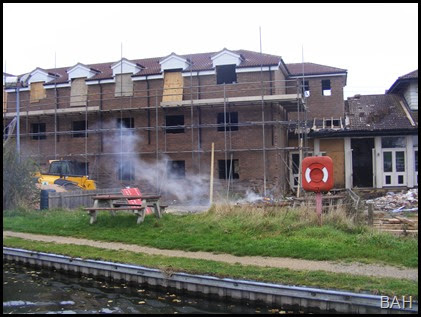 rubbish being burned out the back, so we would have needed to have gone through the bridge anyway.

We decided to head for Star City on the Grand Union canal for the night as we have never stopped there before. We were pleased to find that all the anti vandal locks worked OK on the Minworth flight and we had the good fortune to meet a couple of boats between the top of Curdworth and the bottom of Minworth, so they were all in our favour. We topped up with water just below the top lock but noted that the bottom nearside paddle is still out of operation with CaRT tape wrapped round it. It was not working and I reported it back on 15 July this year. Also there is now a notice on this lock saying it has to be left empty. 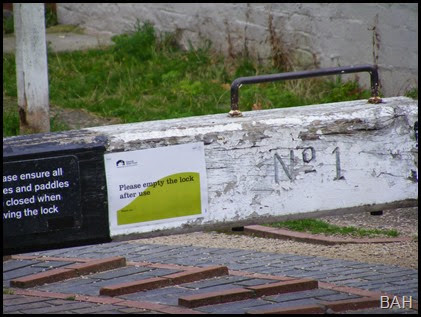 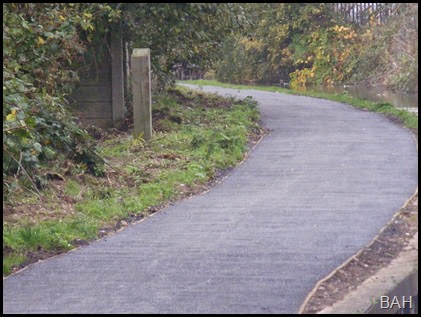 the cyclists. We met one of the work boats taking materials to the site, I have never seen a work boat loaded this badly before with the starboard gunwale almost at water level and a couple of foot of freeboard on the Port side. It must have been a nightmare to push. Don’t be misled by the angle of the tug. 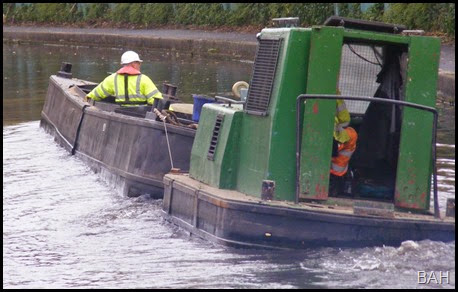 I should have photographed it coming towards me but I was busy trying to keep out of his way.

At Salford Junction it was very hard left and up the Grand Union, through the now disused Nechells Stop Lock and onto the offside Star City floating 24 hr visitor moorings at 1435 hrs. Once moored it was a trip down the weed hatch to remove a sock, some polly and a length of plastic that felt like wire underwater, then a walk round Star City, we didn’t know what to expect but we are now trying to decide where to go for dinner tonight. 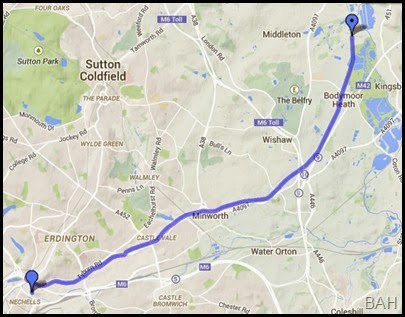 14 locks I junction 2 canals and just under 10 miles