Star City proved to be a very good mooring, we were the only boat there and went to eat at “OODLES n’OODLES” Described at “casual pan Asian cooking”. I think we were one of only two non Asian tables in there. The service and food was good and the price very reasonable, but the don’t serve alcohol, only soft drinks.

This morning before setting off I investigated the fresh water pump again, it is sucking air in somewhere so sometimes the taps start with a gush. I think its the seal on the lid of the pump strainer, so gave the O ring a good clean and put it back together again, it could even be the pump, but there was no sign of a leak anywhere.

We finally pushed off in the sunshine at about half ten, needless to say the garrison Flight were all against us. During the summer the bottom lock cottage was up for auction with a rather high 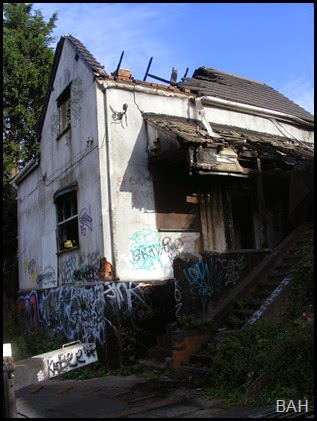 guide price, I don’t know what state it was in then, but today it only looks fit for demolition. 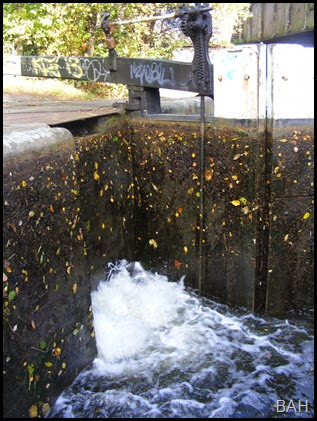 behind the gate if it had been left open. These are the only ones I know like this. Needless to say as we cleared the top lock we met a boat coming down, still they got a good run out of it. Turning right at Bordesley Junction we noticed a boat going up Camp Hill so at least Ashted locks should be with us. 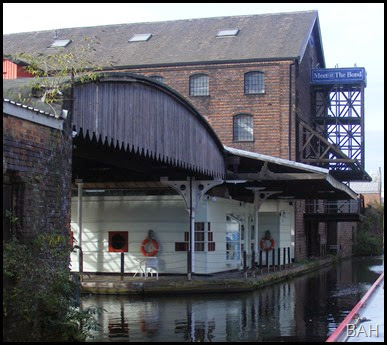 disused Stop Lock just before Digbeth Junction. At the junction we turned hard right again and were soon into Curzon Tunnel. Here the instructions tell you to make sure the tunnel is clear, 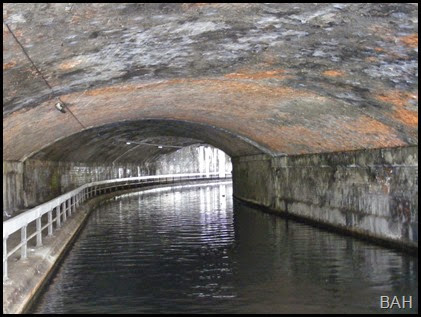 but its curved and about wide enough for 4 boats to pass. After the tunnel there is a lot of building work going on with old buildings being pulled down and big boxes being put up. Over in 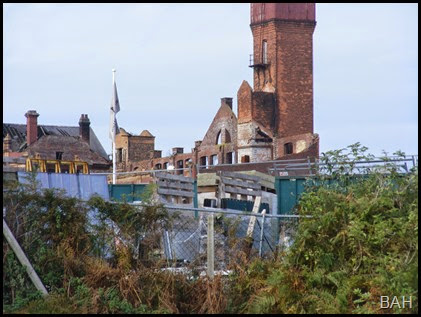 the distance I could see this old shell, I wonder if that is also destine for the bulldozer.

Half way up Ashted and we spotted people with windlasses but no boat, as they were well ahead of the boat they opened the bottom gate of lock 2 while we worked lock 3, their boat just coming out of Ashted tunnel as lock 2 filled. I didn’t realise that Ashted tunnel was so tight and there is a real risk to the offside cabin top edge if you don’t take care.

We stopped at the Science Park for a spot of lunch, unfortunately while we were stopped a boat came and turned all Farmers Bridge flight so all the flight was against us. Years ago one of the lock side buildings had a mural covering its wall, when the building was changed to student accommodation and new windows cut into the wall the mural was destroyed, but they have replaced it with another, a bit modern but very good. 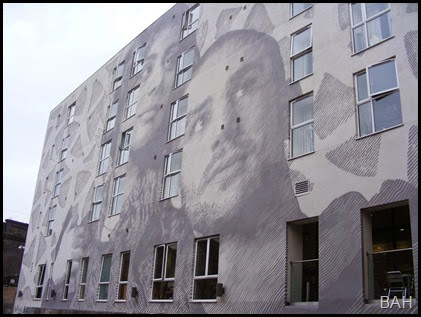 Near the bottom of the flight is an old lengthmans hut but for some reason as well as fitting a grill to the door they have filled the hut with a grill, maybe its meant to be art, as under some 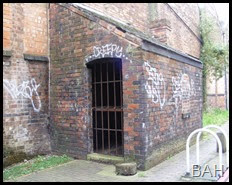 one of the bridges they have fitted grills to the alcoves and these are “decorative”.

We continued to the top of the flight, the boat we had been following reversed into Cambrian Wharf which is what I had planned to do, but on inspection there was just enough room for us to get in behind him. 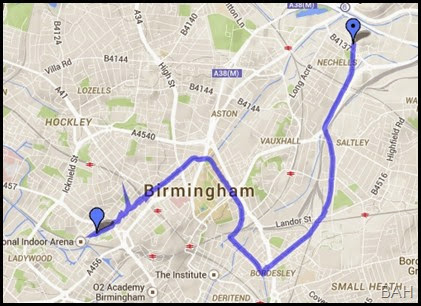