Well the tree is up and the lights all on around the lounge, we don’t have any outside. 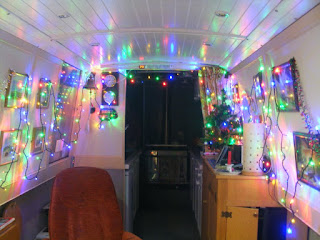 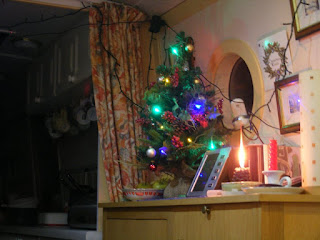 Last night was a cracker with an almost full moon, I think its full tonight. 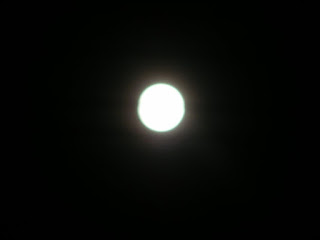 What a shame it was to get up this morning while it was raining. Thankfully it had stopped before we left even it it did turn out to be only briefly.


We were delayed in getting away as there was no charge from the domestic alternator, it turned out the “ignition” warning light had blown, I suspect it was only a 12 volt one on a 24 volt circuit. I didn't have a spare and the only thing I could think or to wire in its place was a relay coil to supply the voltage to energise the alternator, as soon as it fired up I disconnected it again, but I will have to repeat it in the morning.

We finally got away just after 11 am. and at the first lock we came to we encountered the faces, once there were three but the centre one has decade and lost an eye. 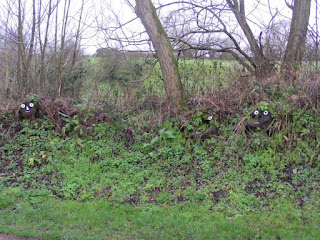 The lock was full and looking back while we were locking down the reason was quite plain to see. With a single top gate and a pair of bottoms I would expect the bottoms to leak most. 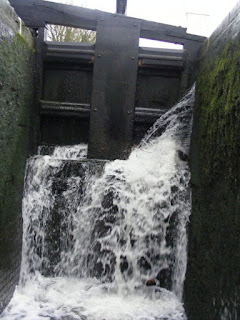 The scaffolding handrail is still on the foot bridge below Awbridge Lock. This was erected after a lad fell off a bridge in Stourport and was drowned in 2011, I thought they may have fitted something more permanent by now. 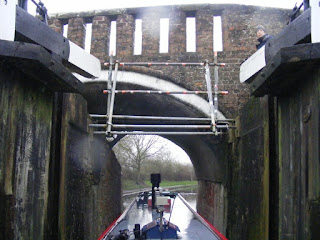 This lock must have one of the most ornate bridge angle brackets still in use, a lot of the others on the tow path side have got broken back in the days of horse drawn boats but you can see the rope groves worn in this one. 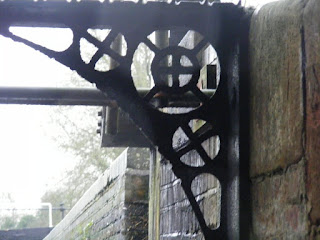 We soon arrived at The Bratch, this is a series of three locks each one separated by a short chamber about 10 foot long. There is a paddle leading from this chamber to a larger pound to hold water to fill the lock below. The paddles are colour coded red and blue so you shouldn't get it wrong. 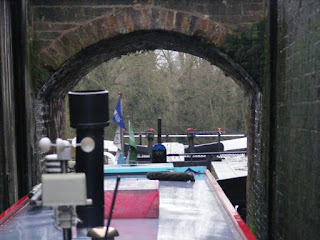 All the chambers were full and it didn't take us long to get down, we did stop and clear up after the night time revellers who left cans, bottles and half eaten take-a-way by the middle lock, they also left two full cans, but then it was only Fosters.

A few walkers out now the rain had stopped, I think that Bumblehole Lock stands a good chance as being listed as a SSSI with the amount of growth on the walls. 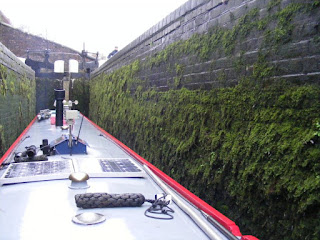 Our next challenge was the two lock staircase where the top lock emptied directly into the one below, get this wrong and you flood the towpath. Again it was all set up ready for us.
We just did a couple locks before pulling over at the end of Swindon visitor moorings. There are three other boats here, two are occupied but the one behind us looks empty.
Tonight we will have our Christmas Dinner which is in the oven as I type this, we have opened our presents and rung all the people we planned to who we could get through to.

So I would just like to wish you all a happy Christmas. 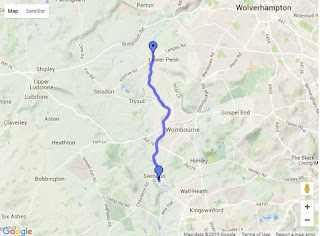