It was a tad windy overnight but positively spring like this morning with an outside temperature of 14°C. We saw a total of 5 boats on the move today, the first being the share boat going by and then as we were about to leave Mike on the working boat Victoria. 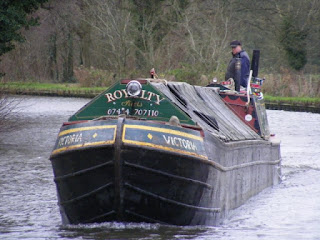 The others were 2 private boats and a hire boat from Gt Haywood.
We set off about 10-30 am. up through Haywood Lock and then left at the junction onto the Staffordshire and Worcestershire Canal, known as the Staffs and Worcs Canal. There was only one boat moored at the entrance to Tixal Wide  although we did meet one of the two private boats here, so he must have moored on the wide last night.
The field just prior to Tixal Lock has several sheep with good sized lambs with them, I would guess some were born in November which is actually the traditional month to mate the sheep, so that is nature turned right on its head. 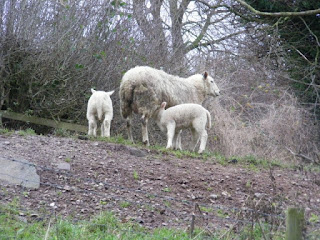 Tixal Lock was against us, that’s how we know the other boat we met must have moored on the wide.
Work is progressing on the offside just passed Tixal Lock but there was no activity when we passed but the concrete ring has been sunk and excavated.It was just after this we met the hire boat. 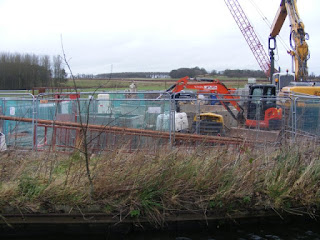 River and Canal Rescue now have their new name board up on their workshop opposite where the Stafford Link will be going off.

We stopped briefly in Deptmore Lock for a weed hatch inspection, nothing was found on the blades but a lot of long twigs where removed which could well have upset the water flow, progress was much better afterwards.

Its good to see that the old pulley post is being well maintained just below Shutt Hill Lock. Originally the road bridge crossed the canal at the tail of the lock and this post was below the bridge so that the tow line could be looped round it to give a straight pull out of the lock when horses were the motive power. 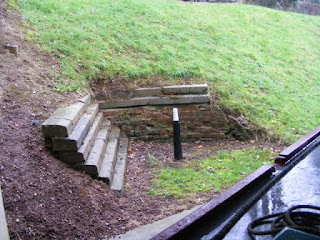 Just as we left the lock it really started to rain, up until now it had been very fine drizzle but travelling horizontally in the stiff breeze, but now the heavy stuff started to come down and by the time we reached Park gate Lock we were both wet, we had planned to moor just above the lock so we tied up at about  2-30 pm. and got our wet cloths off. 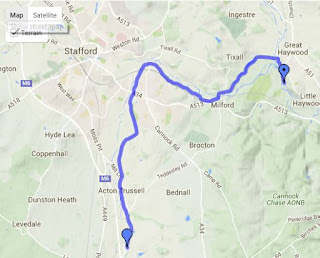 Posted by Brian and Diana on NB Harnser http://nbharnser.blogspot.com at 16:03