As expected yesterday evening was quite noisy, the Britannia was absolutely packed and at 7 30 we were hard pushed to get a table. 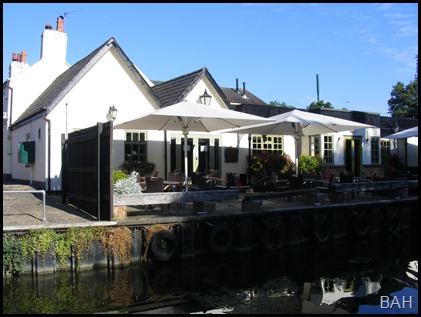 We were back on the  boat a little before 10pm and around 11pm things quietened right down and we had a good nights sleep.

This morning we were away at 9-30am , Snowgoose had already gone so we locked up alone to moor in the centre of Northampton to replenish supplies from Morrison’s. There are one or two derelict craft above Rush Mill lock, one of them is a hull of a Narrowboat that looks to have its stern well out into the channel but its hard to say how far down it would be. 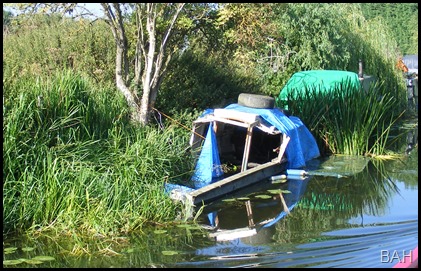 The good thing about them is their trolleys require a £1 coin to release them so they are not fitted with breaks and you can wheel your shopping back to the riverside.
The boaters facilities that use to be just below the town lock have now been removed, but water and rubbish disposal is available in the marina as is a pump out, but there is a charge for that. They also offer overnight moorings for £10 which includes a £1 worth of electricity.
When we left there we went up the first lock of the Northampton Arm and moored for lunch. We had just finished when a boat came down, that was our cue to think about setting off again with a good run of locks ahead of us right to the top. The lower end of the arm is as reedy as ever but I didn’t have as much 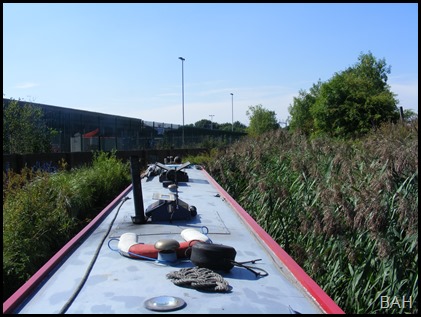 trouble with weed around the prop as usual with only one visit to the weedhatch. At  the second lock two lads were sitting smoking something but one of them closed a bottom gat for us and the other started talking to me about how much boats cost, he spoke very good English. We met a Narrowboat , Lock Stock and Barrel just before lock three. Once clear of lock three the water was much less weedy and we made better progress. At lock 14 the canal is flowing into the field rather than down the 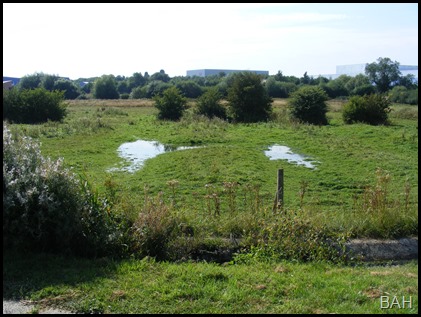 flight, needles to say that a lot of the top 13 had filled with water to some extent when we reached them and below lock No.2 was very low, here we met another boat making his way down and with the low pound there wasn’t too much room to pass.

We moored for the night at about 5 30pm. just above the top lock just clear of the winding hole as I remember from when we were waiting for the locks to reopen last year its about the quietest spot in the area. What I was not expecting was so much water born traffic, already two boats have gone down to wind, one of the a Canal Club boat under instruction at 6-30pm.