As usual most of the boats moored around us left a 9 am in a steady stream, we set off alone at our normal 10 am. CRT have moved the water point from the tow path side north of bridge 53 to the offside south of bridge 58. The water was cut off at the old position over a year ago by building on the adjacent land, although the new water point works, CRT have not installed any signage yet so boats moor in front of it. 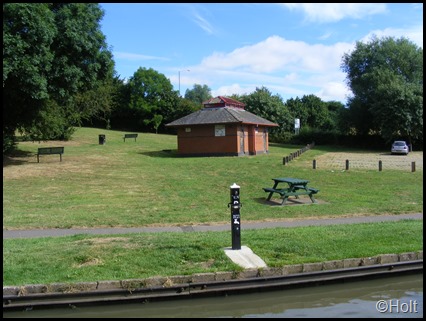 We had a pleasant run to Hillmorton locks and arrived just as a boat was entering one of the paired locks to come down so we waited for them and used that lock, after that we had an empty lock at each pair and were able to leave the gate open for boats coming down. Several years ago British waterways removed this 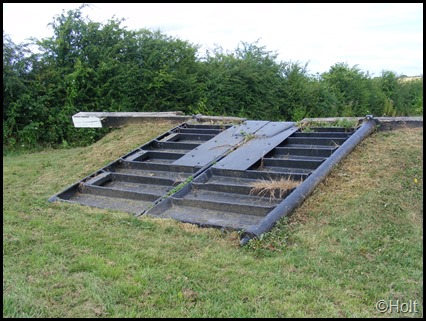 cast iron gate from the flight as it was considered damaged beyond repair, It was set up against a grass mound as a display item beside the bottom lock. There are still a pair of cast gates on the bottom lock, the only other ones I know of that are still in use are at  the bottom of the Claydon flight. 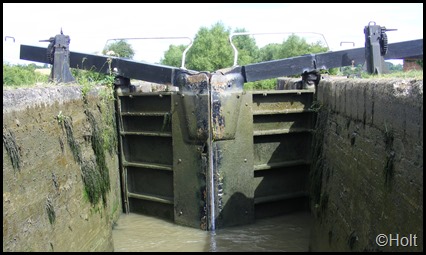 There is a new marina being constructed between bridges 81 and 82 called Dunchurch Pools, at the moment its just a big hole but 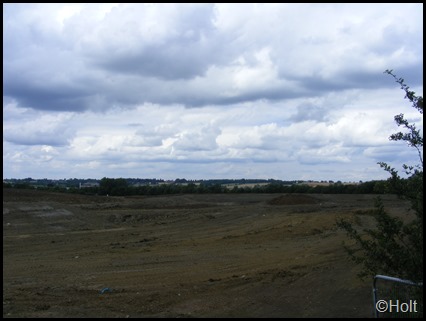 it has meant diverting a footpath that use to cross the site. There is no sign of an entrance being cut through the tow path yet. 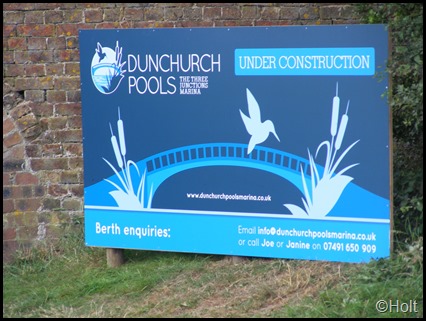 The plan view from the brochure is, shall we say interesting, I wonder what it will cost to moor there. We pushed on a bit further to just south of bridge 87 before mooring for the night. One thing we noticed is that the property just north of bridge 87 now has a boat moored almost to the property, I say almost as they have a floating pontoon between the bank and the boat. 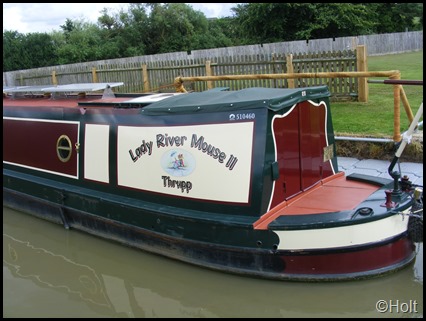 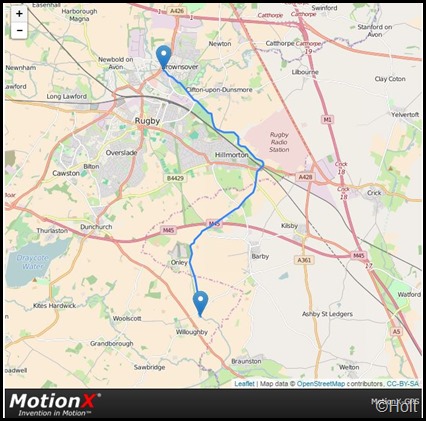 Posted by Brian and Diana on NB Harnser http://nbharnser.blogspot.com at 16:48