yesterday afternoon we had groups of young walkers going by, they were training for their DoE bronze Award which they would be doing in two weeks time. A bit of rain overnight but fine this morning.
A have text alerts set up on all my bank accounts and this morning at 8 am I received one from the Halifax, so before we could set off I had to do a bit of on-line banking, this meant it was almost 11 am before we set off.

A steady run down to outside Fazeley Mill Marina where we stopped to fill with water. There is a good crop of mushrooms growing in the marina just behind the water point.

You may remember some time back I reported a sunken boat at Rugley called Voyager and that later we saw it being towed, well today we have seen it again, she is still afloat but very little has been done to make her habitable again. While we were filling with water I took the opportunity to remove some weed from round the propshaft.

Filled with water we carried on to Fazeley Junction and made a sharp right onto the Coventry Canal, I wasn’t long before I did my good deed for the day, just through bridge 75 there was a hire boat floating around the canal so I poled it back to the side and made it secure, I wonder how many boats just pushed past, or were we the first to arrive since it went walkabouts. There were two boats ahead when we reached Glascote Locks, one in each lock and by it was time for us to enter another boat had joined us below. I am pleased to report that the bottom lock now works very well with all paddles doing what they should.
Half way up the flight I noticed this postbox on the tow path, there is no house name or number on it and its not really outside a house. Anyone any idea why its there? 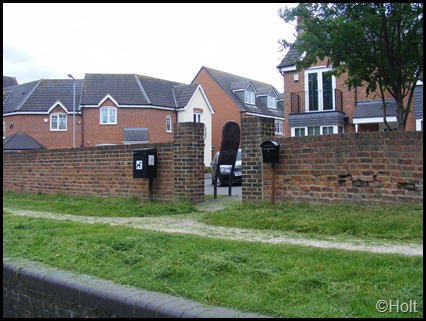 We soon cleared the locks when it started to rain, only a very light shower that didn’t last long, but you have to expect bad weather in July.

We carried on to Polesworth where we have moored on the far side of the village, we didn’t moor close to the villages as it looks as if the towpath is covered with raw sewage. 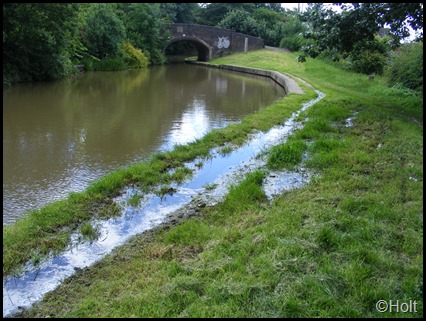 Almost as soon as we moored it started to rain again, but it didn’t last long and now the sun is out. 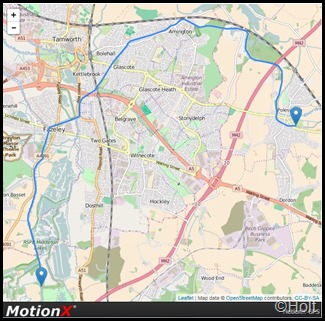 Posted by Brian and Diana on NB Harnser http://nbharnser.blogspot.com at 16:36