We last nights dinner was a Chinese Takeaway from “The Peninsular” A set meal for 3 will feed us both 3 times and it even tasted good.

This morning we were away about half ten planning to stop at Fradley Junction but you know what happens to our plans. Just as we came through the bridge by the school at Hopwas a boat pulled out in front of us from the moorings, you could see he thought twice about it, but he was to far gone when we came through the bridge. It wouldn’t been so bad if his top speed had been over 2.5 MPH, we followed him over a couple of miles until he pulled in and let us pass at Tamhorn Farm winding hole.

There was rather an interesting smell as we made our way along the canal, it turned out to be whatever has been stored in this long polly roll for the past year or so, it wasn’t an unpleasant smell. 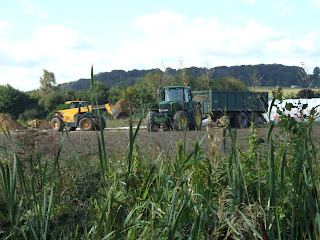 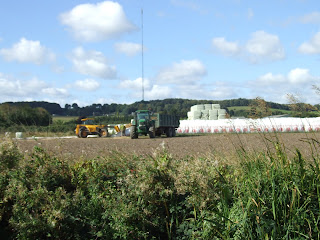 Passing through Wittington we passed this brightly painted boat, quite a work of art. 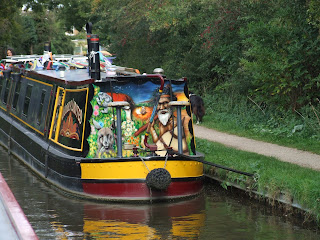 The weather by now was windy which took the warmth off the bright sun and blue sky, but it wasn’t raining,  there were several boats on the move without too much problem. Orchard Marina have some nice new signs by their marina entrance, its a pity they don’t advertise their diesel prices out side. 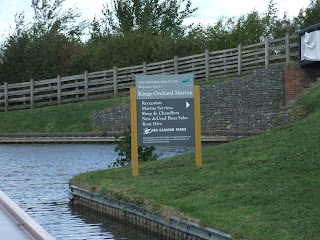 We did stop at Fradley junction, but only to fill with water. As it was such a nice day we decided to do the two locks, at  Shade House lock we met the ex working boat Shad who is on  her way to have some maintenance work done on her, I wouldn’t be surprised to see her at Alvecote when we get back. It was now a case of finding a nice mooring for the night, I hoped to get in above Woodend Lock but there was a boat there already so we carried on the the piling at Tuppenhurst bend. Just above Woodend Lock on the offside is a compound for HS2 with all its fencing 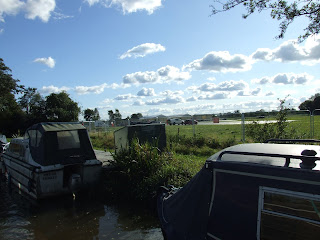 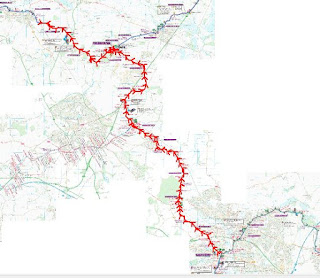