We waited for a lull in the traffic before setting of at 10 this morning, again it was sunny but the breeze quite cool.
As we approached the visitor moorings at Western it was obvious that we had made the right decision stopping opposite the Wharf last night, as all the available moorings were taken, the number of moorings is limited at the moment by bank repair work being carried out by Rother. 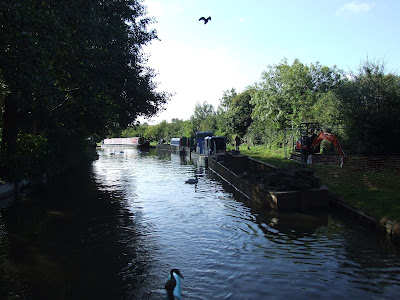 Just through the bridge there were a load of Canada geese in the canal, as we approached they took of and flew about 150 yard down the canal before landing. The photographer (he had a proper camera, not like mine) standing on the towpath was dead lucky as he got a photo of them flying straight towards him before they landed on an off side field due to the slight bend. 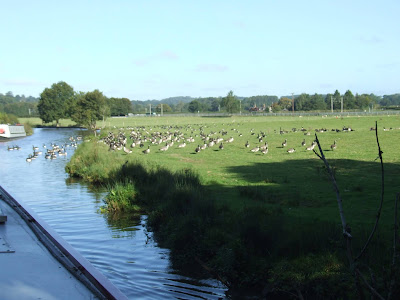 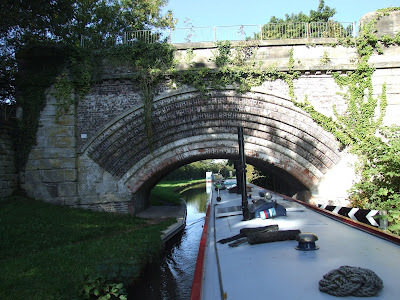 installed the off side fendering, the other side isn’t quite so smart. 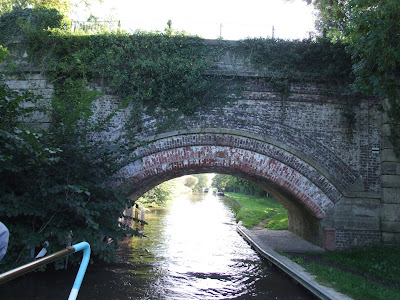 I couldn’t resist photographing these Belted Galloways some with calves, we saw several others as we made or way north along the canal. 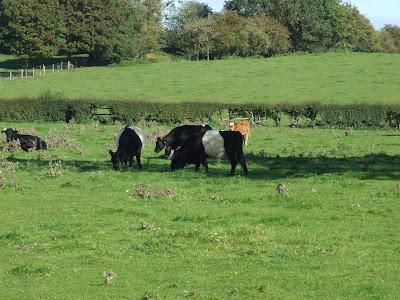 Sometimes you see something so beautiful on the canal you just have to photograph it, if I thought for one minute I would look after it properly I would buy something like it. 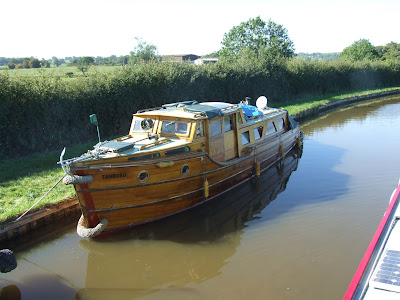 We continued into Stone, hoping to moor in town, but I guess people were out and staying the weekend.
Joules Brewery have bought the land between the old Joules brewery building and Canal Cruising the oldest canal boat hire company still in the same family and have built among other things a new Tap House, I cant say I am over keen on the rusty 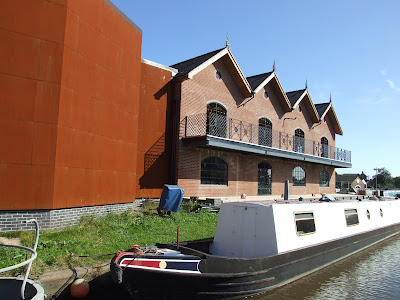 steel but I think the rest is rather grand. It was only a steel frame last time we passed.(see this blog last year) 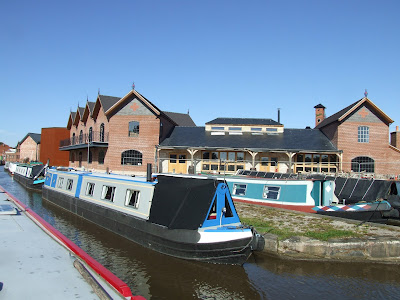 We pushed on past the site of Stone Chandlery who closed down last year but they still run the moorings and make Calorifiers. The pound above the next lock was quite low so we kept well to the middle, not somewhere to moor overnight, but the level above Lime Kiln lock was fine and we dropped onto the 48 hour moorings opposite Roger Fullers yard. 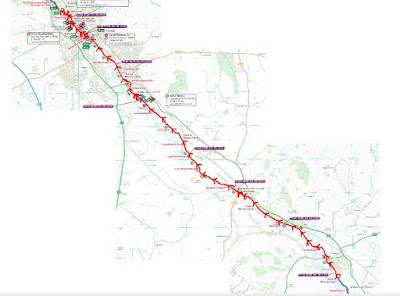 Some one left a paddle up last night which drained the pound next to the school. C&RT employee working for free plus a volounteer recovered the situation by midday