Guess what, it rained again last night, all night and our back end was under trees so it was drip, drip, drip even in the lightest drizzle. We ended up with 13mm so not as much as the time before. I always assumed this was an old branch now used as a spill but actually its the other way round and water comes into the canal through it. 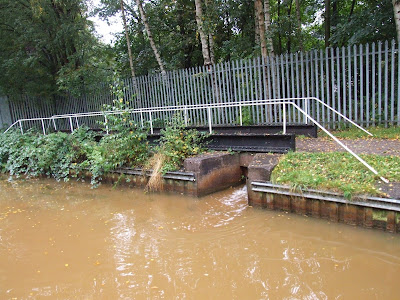 This morning we were away at about 9 AM to make the tunnel for 9-30 AM, when we arrived we were forth in the queue and 2 following, there were only 2 boats coming through the tunnel travelling north and we were on our way a few minutes after 9-30, the boat behind us didn't even come against the bank and the last boat in our convoy still hadn’t arrived. The passage was a mixture of fast and slow, we started at a good pace and then had a session at tick over followed by a more moderate pace. These are the best couple of pictures I have managed in a tunnel to date, set on night photograph with flash. 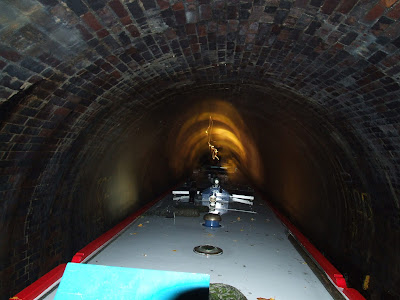 The white squiggle is the boat ahead's stern light. There are some quite interesting mineral deposits on the tunnel roof as well, 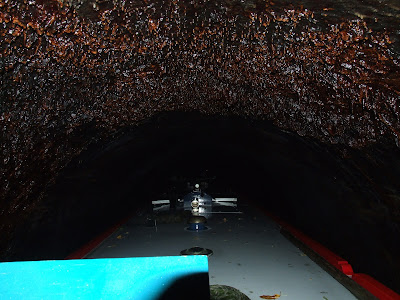 if I can persuade Diana to take it through next time I could concentrate on a few shots. There is definitely a lot of water finding its way into the canal at the moment. 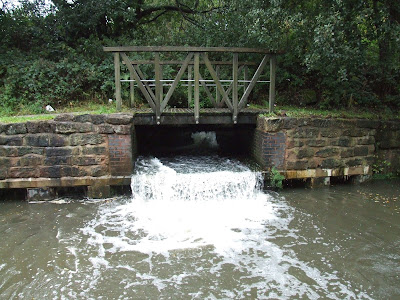 I thought these little laser cut steel direction posts were quite good and quite vandal proof as well I would have thought. 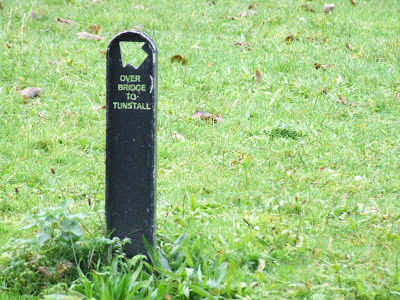 A little way south of the tunnel there’s an area with a whole fleet of trailers, each loaded with a single steel structure as they are quite large. 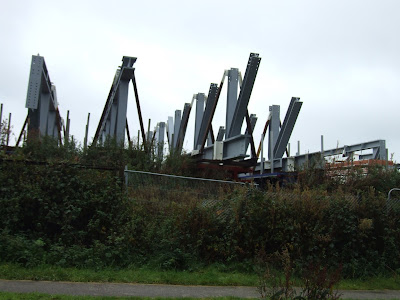 When we came the other way last week I posted a photo of some chaps using a chipper. They have completely cleared an area between the fence and the towpath, I wonder why? 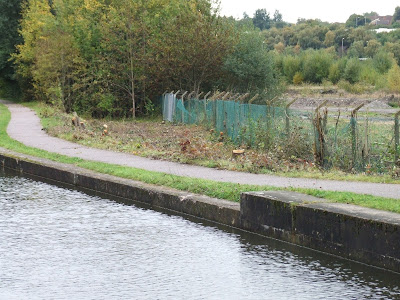 As we approached Stoke Top Lock I could see a Volockie filling the lock, as usual I put Diana ashore, but the Volockie insisted she got back onboard while he worked the lock (it’s the rules) and there was a second Volockie at the next lock as well. I decided not to argue and all went smoothly, Volockie No.2 had the second lock ready as I left the first so that was fine. We only met 3 boats all day before finally mooring for the night at Barlaston just past two interesting boats moored back to back, a steamboat and a tug 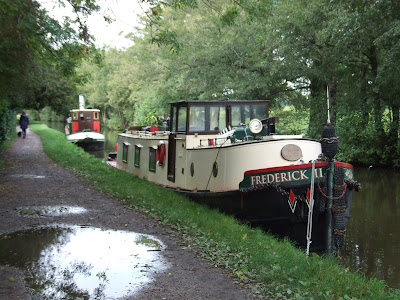 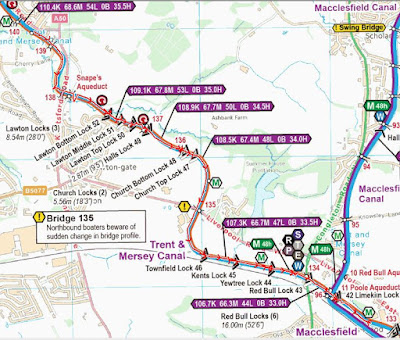 The steamboat is Dan's of canalworld forum fame. It was there two weeks ago when we passed through so it must be overstaying by now.