Well over the past 24 hours we had about 15mm of rain, I don’t know how much more fell while we were in the tunnel. The last of the rain was just before we got up this morning. The first boat passed us in the early hours this morning, somewhere between 2 and 6 AM moving very slowly and gently, I didn’t feel it pass just the very slow stroke of the engine. Today the weather has been much improved with some nice sunshine from time to time. We had reasonable luck with the locks with the first half and the last one being with us. The pound between the Thurlwell locks was down by about a foot but didn’t cause a problem. 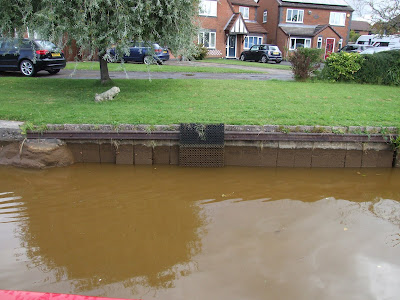 I was going to count how many of the twinned locks were out of action but it many have been easier counting the operational ones. 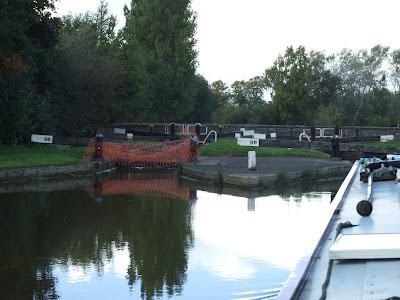 At the Romping Donkey, Hassall Green, it looks as if the conversion of the pub into a private dwelling is finally completed and there are now two and a bit houses on the land as well.

From just before Chell’s Aqueduct for some way along the towpath a new high fence is being erected with screening shrubs being planted on the towpath side. 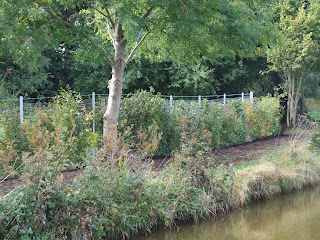 I wonder if this has anything to do with the large development down Roughwood lane that we photographed in 2018. It is definitely more than a stock fence. 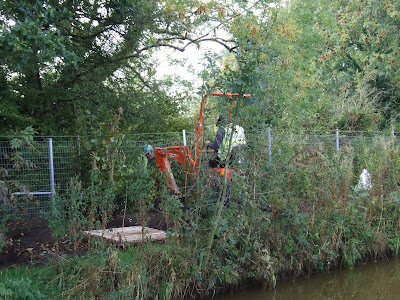 The farm opposite has been tidied up a lot in the past 12 months, normally the cows are up to their knees in mud, but today they were all inside and a new concrete apron and slurry pit have been put in. 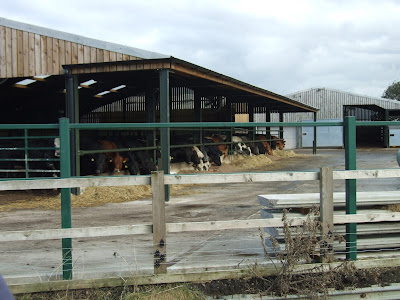 When we got to Malkin's Bank we caught up to another boat and before long a second one, there were a couple of boats coming up but it didn’t really help much. As time was getting away we pulled over just below Saw Pit Lock for lunch, with the locks so close together if rushes things to eat on the move. Although several boats came by while we were eating the Wheelock locks were still against us, but a boat did come up in the bottom as we made or way down. Much to our surprise there were moorings available at Wheelock but we only stopped for water, good job there are two taps as a hire boat had been locked up and left on one of them. Our plan for the night was to move down to Paddy’s Wood for the night in hopefully the peace and quiet. 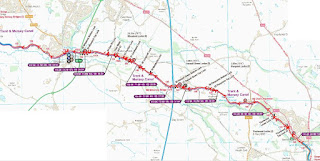