Yesterday afternoon we were humming and harring what to do about dinner, should we have an Indian Takeaway or even eat in at the Indian restaurant, we would get wet if it rained, should we eat in the Italian restaurant, Barchetta, or should we just eat on board. In the end Barchetta won the day and we were pleased with their Covid precautions. NHS scan at the door, sanitizer at the entrance, clear notices and clear screens between some of the closer tables. We felt quite at ease.

Just for the record yesterdays rainfall came to 15 mm, its not doing too bad at the moment as its poring our there. We set off and caught up with a single hander at the second lock but we passed him in the third.  The flight was very busy queuing at each one, when we did pull a head like at paired locks we set the other lock for the single hander, likewise when he caught us up at a single lock he would close up for us, so efficiency was quite high. There are some interesting boats moored in the arm at Malkin’s Bank, at least one tar boat. 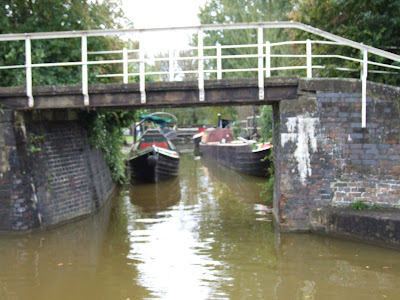 The day started fine but by Malkin’s bank the rain had set in and that was it for the day. 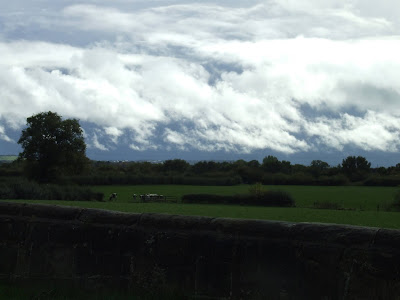 We carried on hoping to moor at Rode Heath but again all the moorings were taken, there was a gap at the far end and I dropped back through the bridge to it, but as we suspected it was a touch to shore, it did however mean that I got to notice these tiny ferns growing downwards under the bridge. 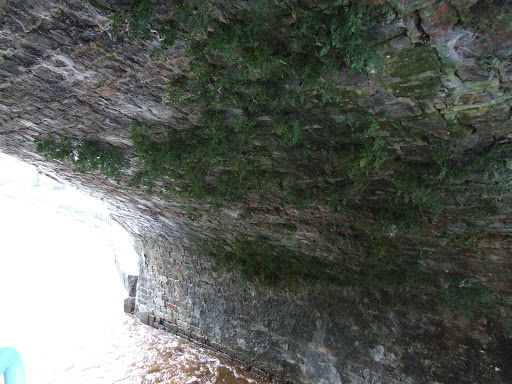 We carried on a couple of hundred yards and moored in exactly the same spot as when we came the other way. 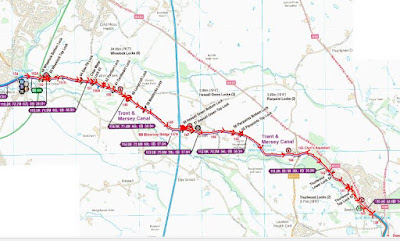