I woke to the sound of the rain in during the night and it hasn’t stopped since, the rain gauge has recorded 23mm in the past 24 hours at the moment and still raining. Diana set the bread maker going this morning and timed each part of the program, after the final kneading at the start of the final rise she took the paddle out, it was a good move as part way through the bake it started kneading again, but without the paddle it was just the shaft turning. A little after 11AM the rain eased so we set off, it didn’t ease for long, I am a great lover of umbrellas, we did meet a few hardy souls coming the other way and of course the hire boat who just have to keep going to get back on time. We only did two and a half hours before calling it a day at Wincham bend where we were surprised to find no one moored on the rings.

A few things have changed since we were last this way. The Lodge at Whatcroft Bridge has lost a large tree into the canal; a lot of the brush is still lying on the towpath. 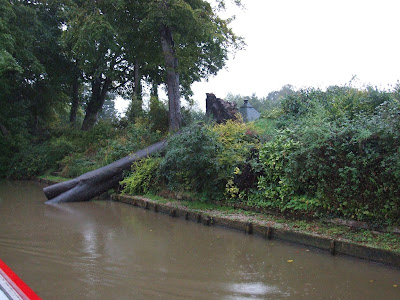 The Floating Pennywort is growing and there are now large drifts of it growing into the canal, the edge of Whatcroft Flash is thick with it all the way round its circumference. 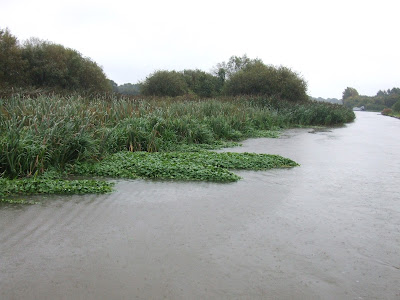 Oakwood Marina and Park Farm Marina now have a lot more boats moored in them, several of them being wide beamed. 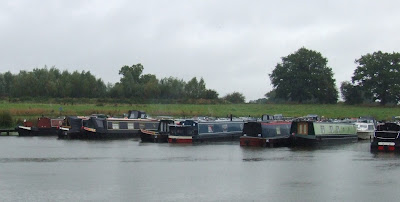 A little further on at Orchard marina, one of the reasons we came this far has massive amounts of mud piled on the offside bank. 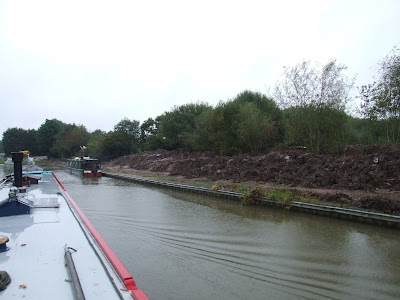 The marina basin has been dredged and piled so no pontoons, just a hole with no water. 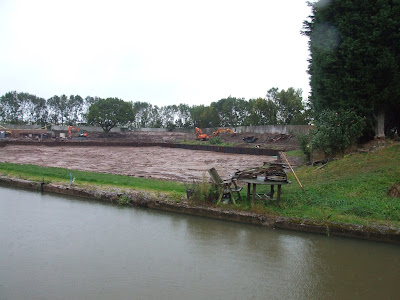 The dry dock and workshops have been demolished, I think that dry dock was probably quite unique with its built in boat lift, there is a new building going up behind where the workshops were , I am guessing that will be the service block, so there will be no boat repairs or surveys on site, just moorings. The house is now divided from the grounds of the marina by a high solid brick wall. 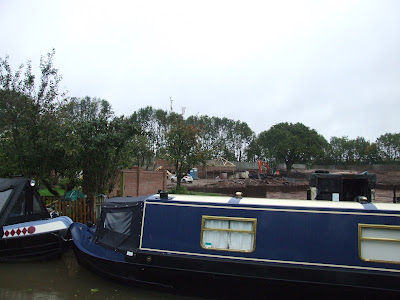 Down to opposite The Broken Cross pub, these were just foundations and scaffolding last year, now it’s a long terrace of houses and a pair of semis called Bridge View I think they did very well to get 19 properties on that plot of land. 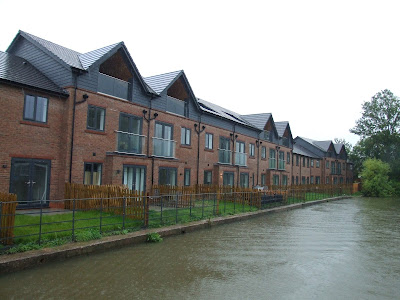 There is a lot of work going on at Tata Chemicals with a new large hard standing area laid to the south east of the site entrance on the offside of the canal. 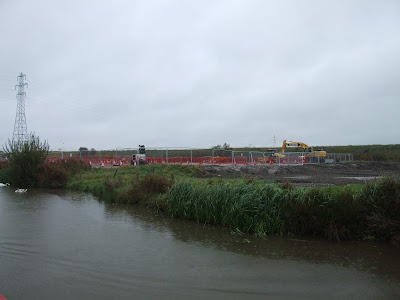 In the site its self there were two diggers on a large pile of rubble, higher than the perimeter fence, I must look at some older photos to see if they have demolished something or whether it’s imported. 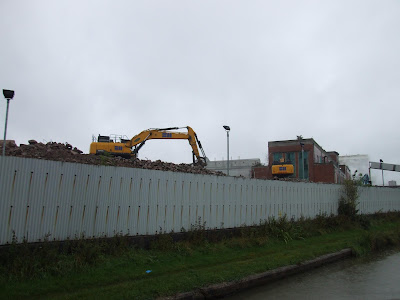 New cladding has been put along the pipe and cable gantries, they could even be new gantries and of course being a cold, damp day the building was engulfed in steam. 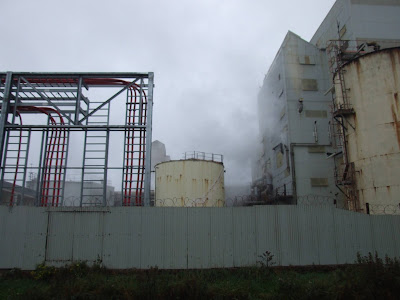 A little further along the canal last year they blasted and painted the bridges carrying pipes across the canal, they have now faced the bridges with some kind of perforated metal and attached these metal silhouettes to it. They photo in the pouring rain doesn’t do it justice.

It was not far passed here where we moored for the night. 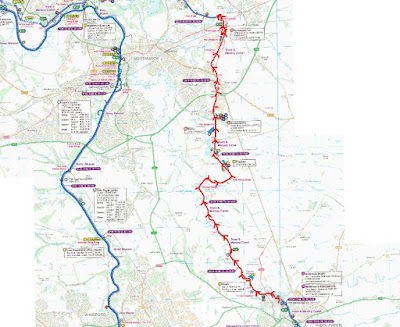 Park farm marina has a lot of boats as most of the ones which moored in orchard marina are there just now. Apparently both marinas are owned by the same company, possibly Alan McNaughton although we have heard nothing since it changed hands back in January and the web site still has the old info on it