Thanks Mike for leaving a comment on yesterdays Blog , you are of course right and last night I could only think of the Norfolk name Crome https://www.yourdictionary.com/crome, the name Keb, as used on the canals completely escaped me.

We were all set to get going at 10am this morning and it started to rain so we stayed put a little longer finally leaving at quarter to eleven, I still need a coat on after  a short time as we have had short showers all day. Our luck was in and we met a boat about half a mile below the locks so when we arrived every chamber was empty, just a matter of walking ahead and opening bottom gates before we enter. 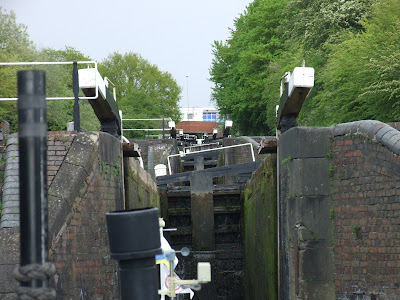 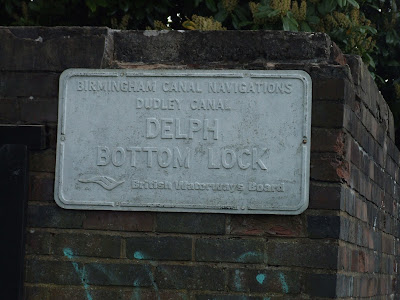 how long the assent took.  This resulted in  todays cruise being much shorter than planned at just 2 hours, not enough to recharge the  batteries. 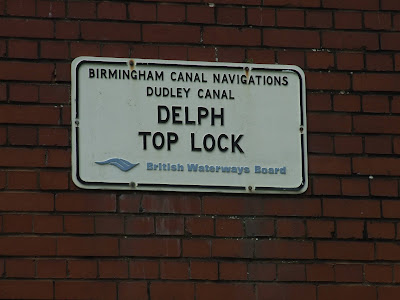 If you look back down the Delph flight from the tail of lock one, standing under the Nine Lock Bridge you can see where the route of the canal use to run to the left rejoining the present navigation just above the bottom lock before the flight was realigned in 1858, doing this removed 7 locks to be replaced by only 6 new ones, hence the nine became eight. What I can't find out is why this was done, a lot of work to save one lock. 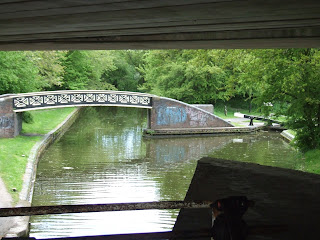 The old line is also visible on the map below. After leaving the flight is was not far to our moorings just above the merry Hill shopping complex. 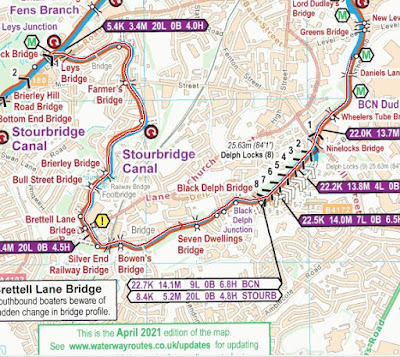 I assumed the staircases on the original route formed a bottleneck when the canal was busy. Having one less lock on the new alignment probably saved another few minutes too.

Hi Brian and Diana, I see you moored last night at Leys junction and I seem to remember you've done that before so I assume it's safe and not too noisy. Whereabouts do you moor, is it up the branch or on the main line? We may be going that way in a week or two
Debby