A nice quiet night in Tipton as usual, we were away early for us this mooring at about 8.30am. Sefton followed us and Barley Wine slipped out of the long term moorings between us. A hard right at Factory Junction and down the Factory locks. We chugged along the New Main Line passed Caggys boatyard where this interesting shaped hull was sitting on the hard. 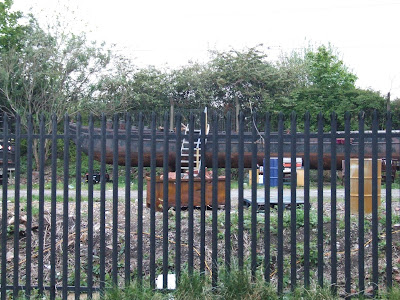 C&RT have put one of their nice big blue signs up opposite Dudley Port railway station for people arriving by train to see. 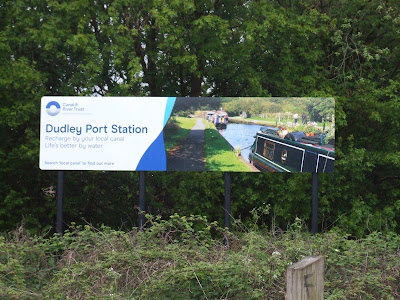 We carried on to Pudding Green junction where it was very sharp left up the Wednesbury Old Canal to the 8 Riders Green locks where we met a boat comming up the flight. A couple of the BCNS members were assisting at the locks which was handy as there were a few single handers coming down later. We passed under the new Meter Link bridge, this was only installed on Wednesday night. 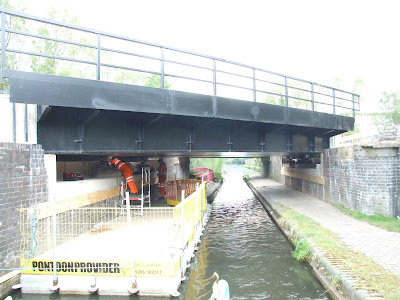 and on to Moorcroft Junction, there were already 3 boats there when we arrived  but we got the lucky spot moored to the 4 bollards, everyone else is moored yo a short piece of threaded rod glued into a hole in the masonry. As I write this we have over 20 boats here moored 3 deep. 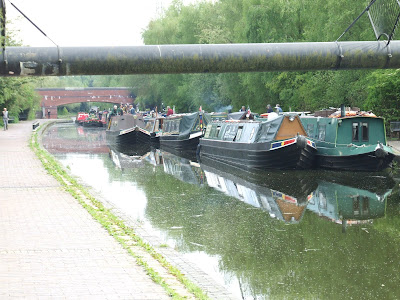 Now the bad news, the I Pad failed to record the journey and the phone which is 11 months old decided to die so the route is hand drawn.Todays journey 6 miles 11 locks in 4 hours