I didn't sleep too well last night, it was hot and with the rear doors open there was quite a bit of traffic noise, so this morning we were away before 9am heading up the Grand Union towards the Garrison flight of locks. A long stretch  of the towpath is closed for new cables to be laid by the look of it, Its major work with an offside 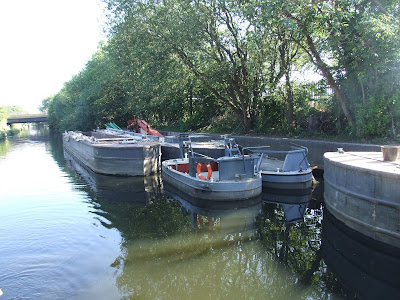 storage yard, several flats, a couple of tugs. The closed towpath has a portable toilet and small hut at each end. At the other end 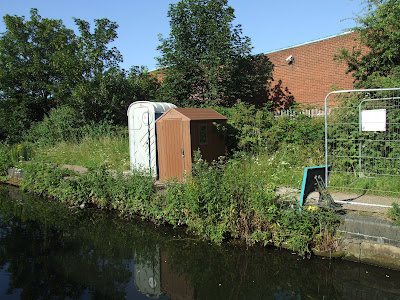 there is also a moored wide beamed flat with a portable mess hut on it. Not surprisingly them look to have a couple of security guys keeping an eye on things. They have laid a thick crushed concrete pad beside the cable bridge. 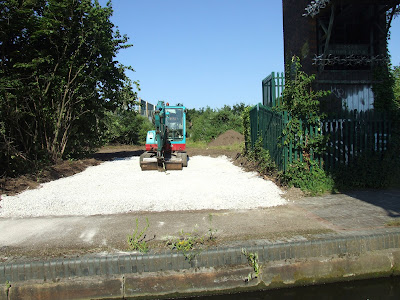 The portable mooring rings are impressive, a bundle of lengths of rail track with a loop attached. 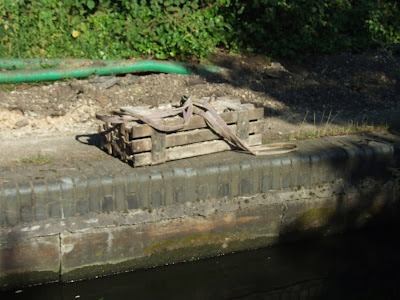 They  have had to remove some of the towpath side seats to carry out their works, there was no way these were going to fall over. 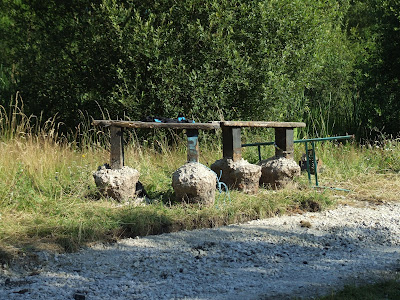 Just after the works the graffiti on the under side of this bridge is quite striking, so often the people who do this are very talented, unlike some of the scribble you see about the place. In my opinion this is just as worthy as the suspected Banksy that is protected by clear plastic in Gas Street. 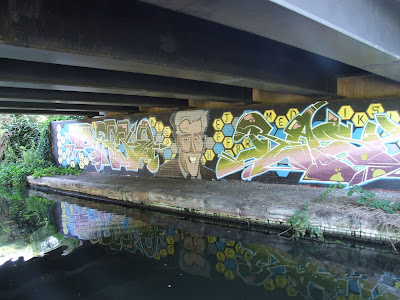 I have noticed that several of the old canal side buildings often have these large round stones at their base, I have no idea what they would have originally been for, there is a building down the Aston flight that has even more of them. 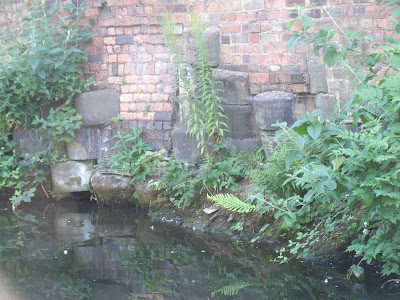 I quite like the Garrison Locks, they were built with the boater in mind and drawing the top paddles use to let water enter the lock behind the bottom gates so closing them. it doesn't always make it that far these days probably do to obstructions in the culverts.
A good run up the flight, once at the top its dead straight to Bordesley Junction, the small figures you can see on the towpath are a magnet fishing club, they had a few bikes and other oddments they had pulled out but no treasure. 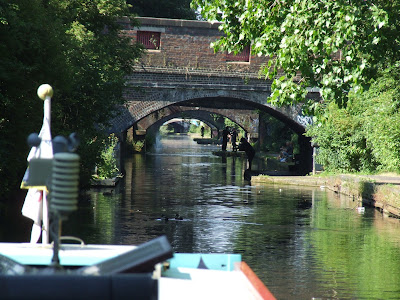 At the junction we turned right and it wasn't long before we met the first boat of the day, we were about to go into Warwick Bar when its bows came round from the other way, he didn't quite get it right and I was wondering if he was hoping to pass under the covered bay rather that the lock. If you don't know it, it looks quite possible as the end wall is just below the surface of the water. It was a motorised butty with a hydraulic motor and prop mounted in the rudder. The whine from the motor was quite noticeable. 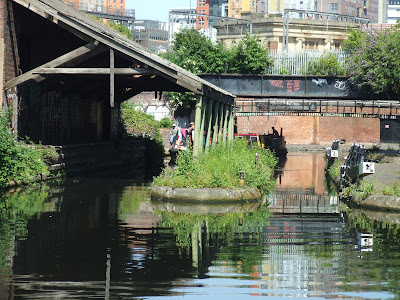 We expected all the Ashted locks to be with us, some were and some weren't but the ones that were the lock walls were quite dry so didn't look as if they had been turned recently.
We stopped for lunch just passed Aston Junction, while we were eating a hire boat came down from Farmers bridge, a sign it was time for us to set off. Some of the locks were empty but most needed a few inches dropping out. We were to meet yet another hire boat under the buildings, a bust day. 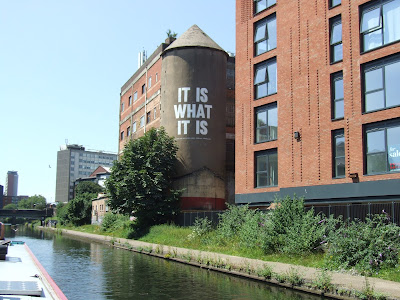 I have often wondered what this building use to be, now I know, it was Cliveland Street flour mill. Once at the top of the flight we headed into Birmingham to find somewhere to moor, There was room at Cambrian Wharf but that was in full sun and we felt the Oozells Loop would be the same so we plumbed for gas Street, last time we were her it was empty, today it was full so we went just round the corner onto the Worcester and Birmingham and moored just before the services, it was still sunny but there is always a breeze up there and it wasn't long before the sun moved round and we were in the shade. 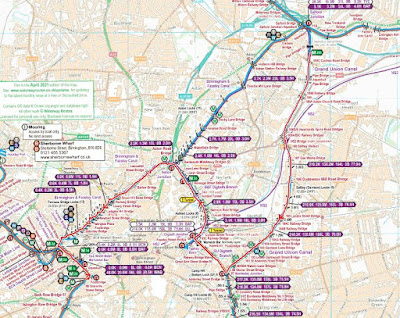