Last night I was able to log on to a BT Openzone Hot Spot, this was quite surprising considering the nearest house was not only across the river from us but also the other side of the road. Still being a BT subscriber it was very useful. 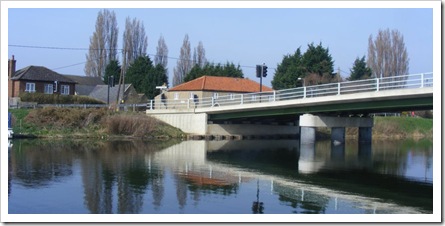 This morning we set off on the hottest day this year, we left the moorings at 10-15 after filling with water and almost immediately started meeting boats. I think we have seen a total of 9 on the move plus 7 canoes.

We carried on down stream for a bit and then turned right into the river Wissey. This is a delightful little river. As we made our way up stream there are loads of floating bramble stems, someone 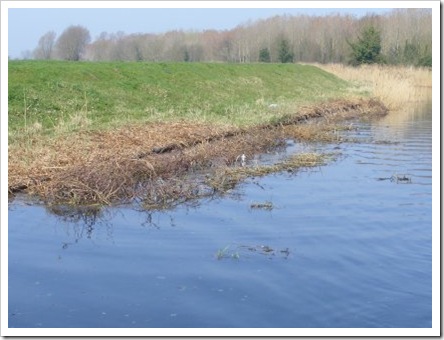 has cut the brambles on the south bank and just let them fall into the river. They won’t be much fun if they get round the prop.

We went as far as the Sugar Beet factory to turn, passing some boaters that we have got to know since we have been here. On the way back I saw yet another Grass Snake, this one was not so large and it didn’t dive when I tried to photograph it.

At the junction with the Ouse we turned right again and continued down to the services at Denver Sluice, there were a bunch of young people (I was one once) about to launch their canoes and head off up the river, what a wonderful day for it. Listening to the comments I think that some may have been a lot less experienced than the others, maybe even first timers, but they will have fun that’s for sure. Once the tank was pumped out we headed across to the EA moorings just upstream from the Jenyns Arms WWW.Jenyns.co.uk to moor for the night, we are booked to lock out at 10-30 in the morning.

As it was just about low water I decided to go and see how much impression the dredging has made, but they are not even on site yet. 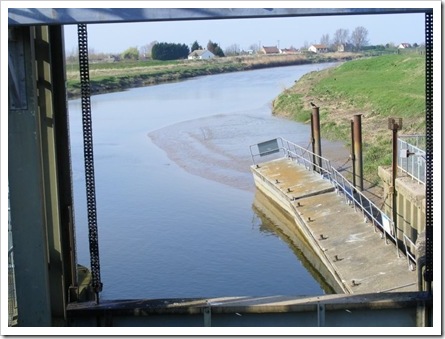 Posted by Brian and Diana on NB Harnser http://nbharnser.blogspot.com at 16:25