Well today we walked to the lock twice to see how fast the water level was falling and into town twice, first to look at and photograph the menus in the take a ways and the second to go and fetch it. Boating wise we have been nowhere. We were joined by the two boats we met at the top of the Northampton arm, Tugby and Lunar Dreams, they had come from Wellingborough and thought it was getting a bit hairy so stopped.
3 Narrowboats went past, a couple of them heading for Titchmash, one told me he had spoken to a boater who had come up and Islip bridge was OK. A little later Straw Bear moored behind us and told us that there was 1.2 mt headroom under Thrapston bridge and that Titchmash lock was reversed, the navigation was closed and was being operated by flood control.
The day was not wasted as there was a car boot sale here this morning and Diana stocked up on second hand jigsaws.

When we went down to the lock the downstream lock landing was still underwater but the mooring bollards were sticking out. 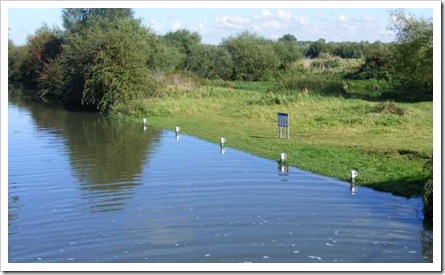 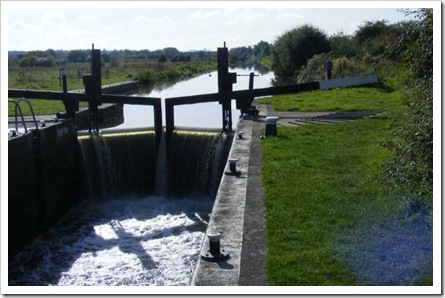 yesterday. Looking down towards the lock from where we are moored it looked quite idyllic and the weather said its a great day for boating, but we cant. 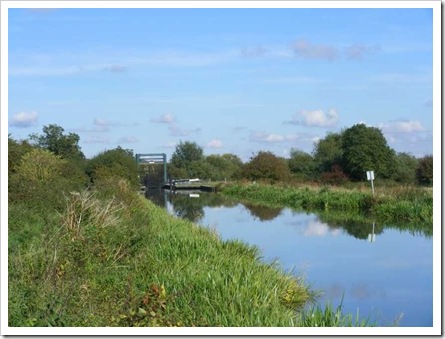 I have just looked at the weather forecast on Metcheck and they are now saying it will rain tomorrow, so we could be here for some time.