Last night was magical, a clear sky with a full moon. The only sounds we could hear were the calls of the Widgeon, teal and geese as they flew overhead. On the opposite bank a heard of cows were keeping an eye on us. If we had navigation lights I would have continued up to Cambridge in the dark.

This morning we woke to bright sunshine and it accompanied us all the way to Cambridge but the air definitely had a chill to it. As we set off at 9 20 am. 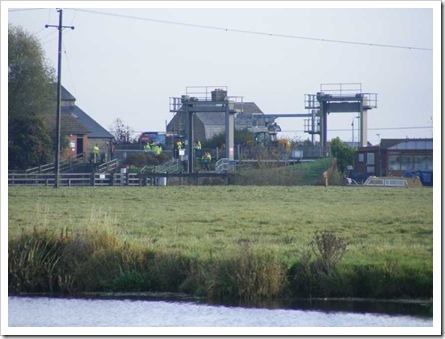 I could see across the fields that there was a lot of activity at Upware Lock, maybe its closed for maintenance. The entrance to The river was very quiet and we didn’t see another boat until we were working up through Bottisham Lock. 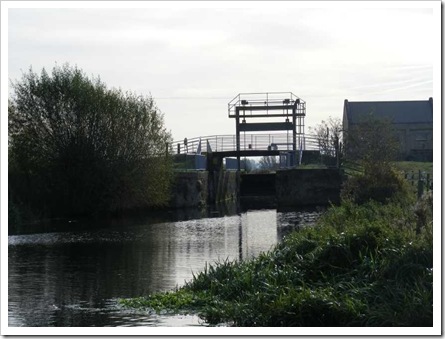 guides its only navigatable for the first couple of miles to Slades Farm. I may have a look on the way back. Not sure what is happening at Bottisham Lode but there is a dam in front of the sluice and several pumps running. 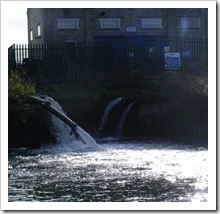 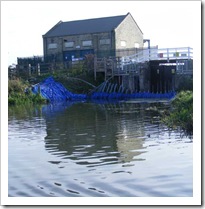 There was also a lot of work going on on the sluice beside Bottisham Lock.

It doesn’t really seem the right time of the year to be taking sluices out of service, maybe summer would be better. One good thing is they have repaired the upstream lock landing, this has been very bad for Narrowboats for some years as it was easy to have the hull slide under the pontoon and end up taking the paint off the cabin side.
Just before Baits Bite lock we were hailed by a policeman on the towing path looking for a couple of lads who had legged along the towing path, but we hadn’t seen anyone. While we were in Baits Bite lock more police arrived and also the helicopter was looking for them.
At Baits Bit Lock I went in the lock office to see the river manager as she had a copy of a draft guide to cruising above Jesus Lock for me. By the time we entered the lock there was a

Camcon workboat waiting to go up as well so he squeezed in behind us. This lock seems to take ages to fill. Not long after leaving the lock we met a red wide beam boat, it is a local “Play Boat” called Chypps that is normally moored in town for different groups of children to visit, but on occasions they take groups out for a cruise, today it was youngsters with learning difficulties. As 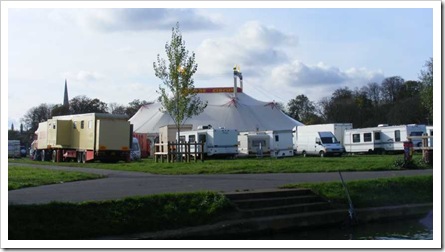 we passed the common we noticed that the circus was in town, I don’t think I would fancy mooring alongside that. Our favourite mooring beside The Fort St George was taken, we could have got in behind but then the stern would have been under the footbridge, not a good idea so we carried on up stream and moored opposite the service point, below the weir, I think it will probably be a bit nosier than by the pub and it has no internet hotspot but quieter than the circus. We moored up about 1330hrs and it wasn’t long before Avalon came up river and stopped for a chat before heading off to the common to moor. Just after they had gone Chypps came back and worked up through Jesus Lock, 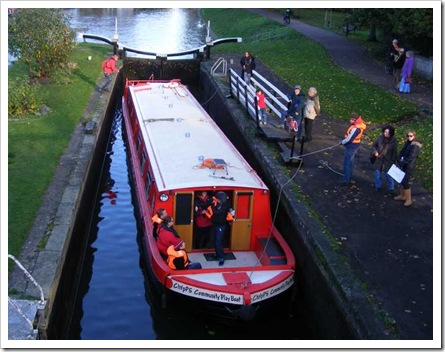 letting the youngsters help with the paddles and gates. We went for a short walk around town and when we returned all the vacant moorings spots around us were taken with one late comer mooring on the service point for the night.