Last night we walked down to Acton Bridge on the River Weaver to eat in The Leigh Arms, we had planned to stop here last Saturday when on the river but couldn’t get a mooring. friendly pub and nice food, 2 mains and 2 pints came to £30 but portion sizes were good and we could have chosen cheaper, lets say we didn’t need a pud.

This morning the first boat went by at 7 am and we set off a few minutes before 10 am. All 4 mooring pins were still in the ground. We timed our departure just right as we needed to be at 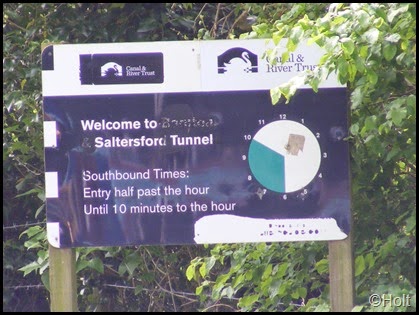 Saltersford Tunnel between half ten and ten to eleven, we just had to wait a few minutes. We followed nb.Bullfinch through and as you can see this is the notice at the other end. 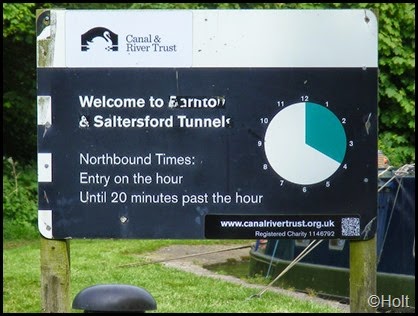 Its not far from here to Barnton Tunnel and as we arrived Bullfinch was just pulling to the side to wait for an oncoming  boat to exit the tunnel. It handy have a boat a bit ahead as any boats coming the other way will see them, where as they may not see you just entering. This is what the ventilation shafts look like from the inside, yesterday there was an outside shot of one. 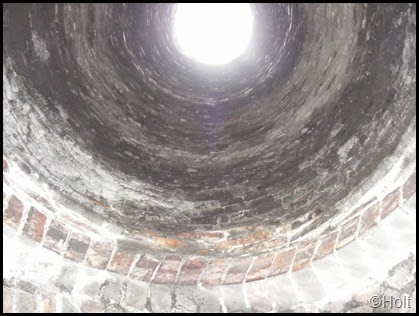 We stopped on the 24 hr moorings at Anderton Lift and went into the visitors centre, its quite a while since we have been here to look round. One thing we saw was quite a nice model made of matchsticks of the lift. 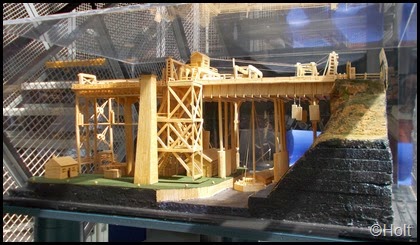 Outside in the grounds are some of the old counter weights that were when the lift was operated by eclectic motors and cables. 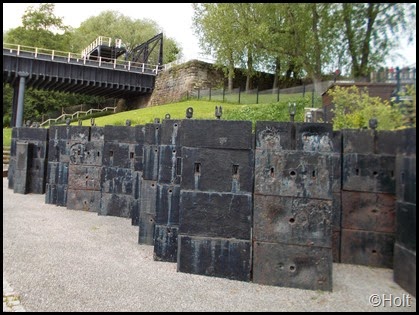 After lunch we pushed off again stopping at the Anderton services to top up with water. A little further on we passed this boat with their washing out, I think I would be worried that someone could sweep it all into the cut. 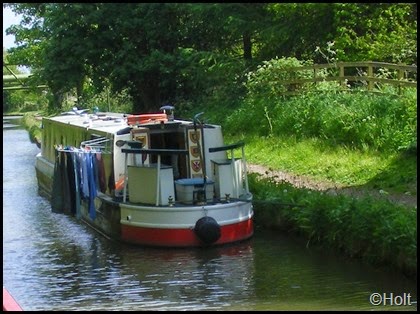 We made a short stop at The lion salt Works to see if they were open yet, but it looks as if they still have quite a bit to do. There were some people there making a video and apparently they had a bus full of school kids there this morning.

As you approach the chemical works there is a right angle bend and it actually has a name,  Wicham Bend. 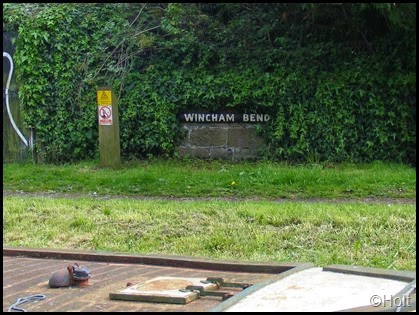 We continued passed the new marina being built, I wouldn’t want a berth to the right of the entrance, especially the most shore side one. You would have to be pretty good at reversing to get in and out of that one with a narrow boat. 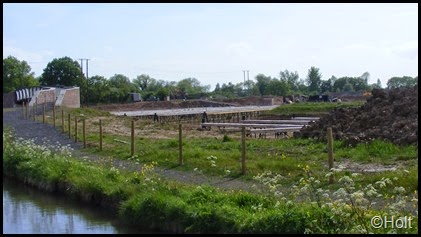 We then passed the flash that has a few marker sticks in it, from their web site this will be a marina this summer. 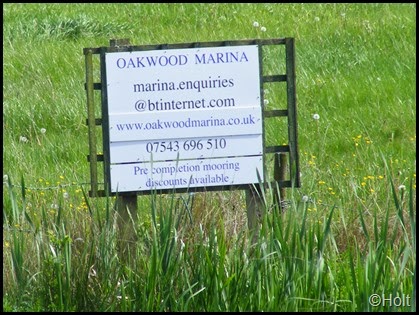 I would imagine the discounts could run for some time, but I am not sure where the boat would be.

After that in was under the railway bridge and find a sunny spot for the night. 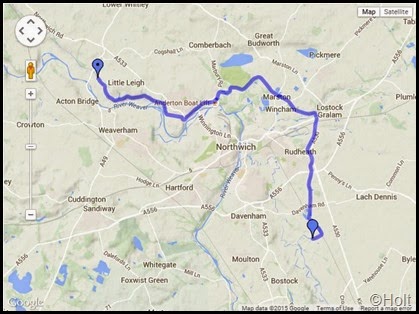 Sorry you missed out on a visit to the Lion Salt Works. Please come back another time, and pop in to see the Butterfly Garden. Please see the post on our Facebook page:
https://www.facebook.com/ButterflyGardenatLionSaltWorks/posts/1668366933392937:0