What a couple of days its been, over 5 mm of rain in 24 hours and down to freezing over night. It was sunny when we woke up but also showery.  We pushed off at quarter to ten in light drizzle and made our way to Big Lock meeting a couple of boats on route so were pleased to find it empty, well all most, amazing how long 2” of water takes to drain out of a lock that size.  One of the canal side houses in Middlewich seems to have a much larger garden than all the rest. 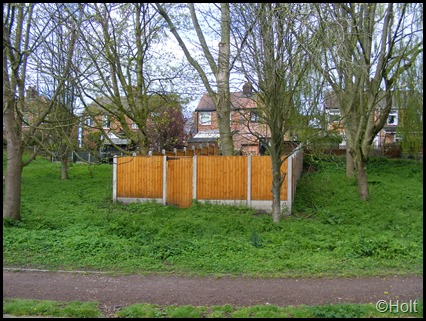 As we approached Middlewich bottom lock it was going from rain to snow with a bit of hail thrown in for good measure. The highlight of the day was to see a Volocky drawing the paddles, once in the lock he left us to set the second and then once in there he walked to the third only to come back and tell us there was a boat coming down. A really useful Volocky, I did ask if he was going to accompany us all the way to Wheelock, you can guess his reply. Above the top lock there are boats moored two abreast on the off side and singly on the towpath side with a single channel down the centre. As the lock filled a chap with a windlass walked up and the boat he was on was slowly making its way down the channel, by the time he had passed me there was a second in the distance so I had to sit and wait for him as well. Diana had walked ahead so Kings Lock was ready when I got there.

I counted 34 swans in the section above the lock. Still they don’t

All the locks were against us now as we pushed on in blizzard conditions at times. Needles to say after Booth Lane Lock there was a steady flow of traffic going down. Elton Moss the home of the share boat company is now boatless and a large house is being built on their land, the electricity bollards are all still in place in front of the cottages.

We stopped for a long lunch break just passed Rookery Railway Bridge where there are some mooring rings against steel piling, but with the passing boats and the wind its a constant creak from the fenders. As the afternoon progressed the weather improved, the wind didn’t drop but the rain stopped so at about four thirty we decided to push on a bit, we were going into Wheelock but thought it would probably be packed, we have had 4 boats go by and I don’t imagine they would start up the locks this late in the day so we decided in stead to stop at Paddy’s Wood only about a quarter of a mile further on, but a little less wind swept. I don’t know why its called Paddy’s Wood as there is no sign of any trees but a nice edge to moor to. 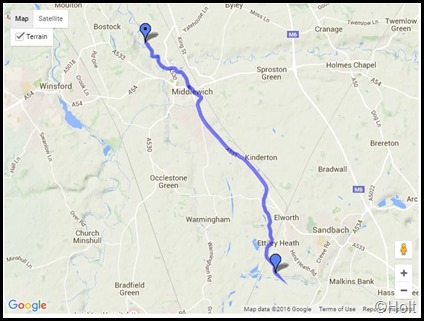 Posted by Brian and Diana on NB Harnser http://nbharnser.blogspot.com at 17:17