Even with the clocks changing we managed to be away by 10-30 am. I was sunny and didn’t feel anywhere near as cold as the last few days, even though there was ice in the reed fringe but the temperature actually got above 7°C for a short time. We had 2 cruisers moor ahead of us last night, so I went up through the bridge before winding, to be well away from them. Not long after leaving the Lark they both overtook us.

We turned left onto the Gt Ouse and made our way to Ely. Due to the bends in the river the railway line actually crossed the river twice before you get to the town. The first crossing is at Adelaide where there is major work going on from a floating scaffold.

I am not sure that the warning signs are truly CEVNI approved, but I may well be wrong, also I didn’t speed up as instructed. 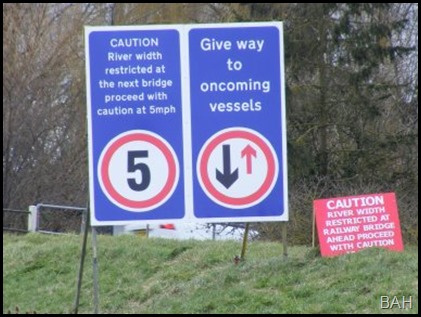 We stopped in Ely to take on water and the Willow Man who use to moor at the Fish and Duck was moored at what some people consider to be a winding hole, but from what I have heard its a piece of no-mans land so there is no mooring restriction on it. 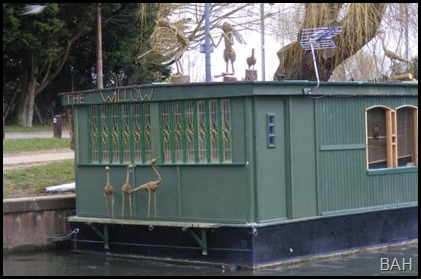 Once full of water we continued through the town and headed to Popes Corner, the site of the redeveloped Fish and Duck moorings. 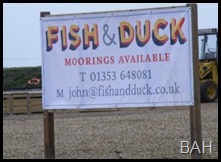 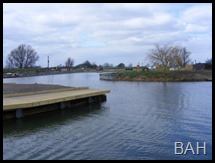 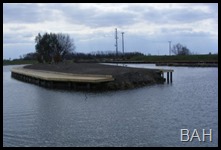 We then continued up the Old West River a short way before mooring on the EA moorings. This was so I could tackle some of the rust that is now coming through on that side. The worst spots are where the white line is cut in and a bit above a porthole. 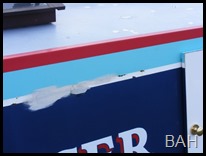 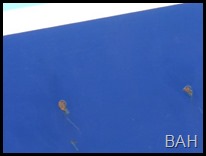 I sanded these down using a random orbital sander but it gave up the ghost half way through with the pad disintegrating, I have only had it 15 years. Anyway once the area was sanded and treated with Kurerust we were on our way again to Stretham Steam pumping house.

The GOBA moorings have now been moved and you can moor right outside the pump house.
This is the only remaining, completed steam engine and Fen drainage pump of this type in existence. It was in use until 1925 and still on standby in 1941. Unfortunately it is no longer steamed but rotated by an electric motor. All three boilers are still there and she use to burn a ton of coal per hour with just one fireman. 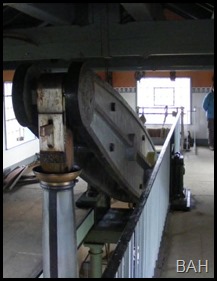 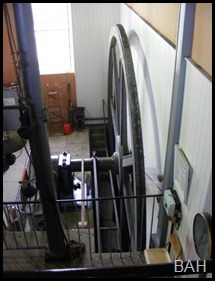 It was later replaced with a 4 cylinder diesel engine driving a centrifugal pump. You will see that each cylinder has its on crank lubrication system. 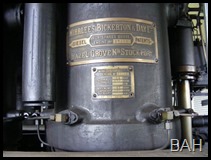 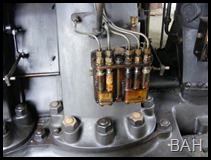 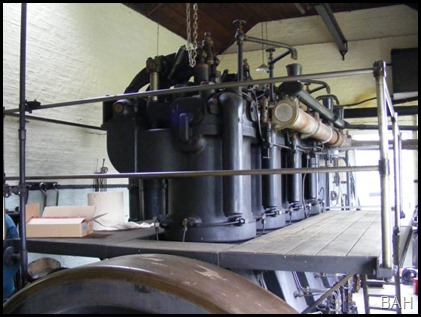 We will now stay moored here for the night.