It was a tad cool last night and this morning there was a bit of ice on the boat roof as well as the grass being white. 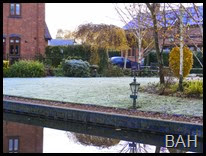 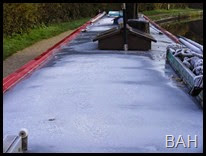 A quick stroll into the village so that we could visit the butchers before leaving in what was now bright sun shine. It was quite pleasant travelling in the sun but soon felt cool as you went into the shade. There was not a breath of wind as we made our way up to Fradley Junction.

The peace of the whole journey was marred by a helicopter continuously going up one side of the canal, turning over Fradley Junction and then flying back down the other, on one occasion he actually touched down behind the only house in the area between Common Lock and Bagnall Lock. 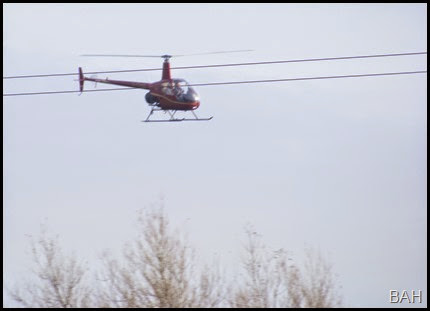 We found problems with Keepers Lock so I have sent an Email and photo to CRT. Straight on at the junction and up Middle and Shadehouse locks, unfortunately we are now behind another boat so the next three locks are against us.

As we passed King’s Bromley marina a couple of guys were fishing directly opposite, it took one of them ages to reel in his line, as he had cast right into the entrance of the marina, some 100 feet.

We passed a squirrel  having lunch in a bush by the tow path, 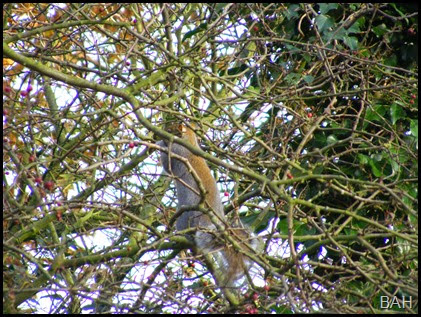 I expect he is making the most of this late autumn with still a good crop of berries to be had. Lots of the trees are still carrying a lot of leaf which gave some beautiful reflections. 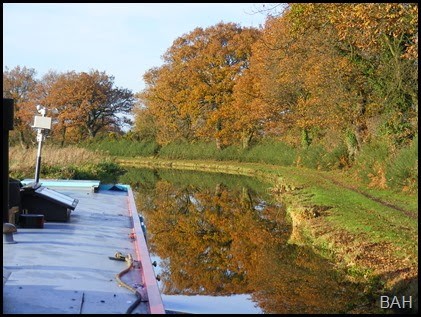 We decided to stop at Handsacre for the night, we have not stopped here before, but as you get closer to Rugeley the roads get much noisier and we wouldn’t have time to get to the other side of town before dark. 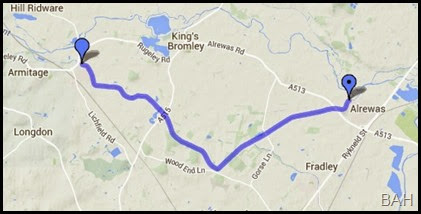 There's a good chippy at Handsacre