Yesterday evening we went to an event organised by the Lichfield and Hatherton Canal Restoration Trust who are working to restore the canal link from Huddlesford Junction on the Coventry Canal to Ogley Junction on the Wyrley and Essington canal, part of the BCN.
The event they organised in Whittington Village Hall was first class with a 2 course Ploughman’s meal followed by the most wonderful entertainment buy a large company of people called “Just Us”.
As we walked to the even it was a clear starry night, when we returned it was cloudy and it wasn’t long before the forecast rain arrived. 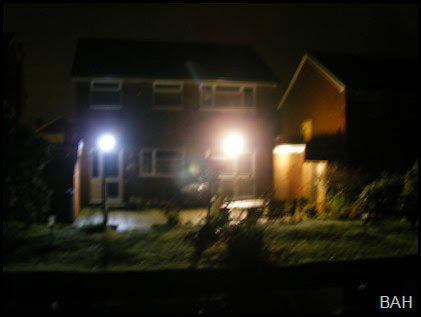 This was the view from our boat all night.

This morning we woke to the rain and made ready to leave at 10 am. when suddenly the rain stopped and we have had a dry journey.   At the far end of the village one of the householders is displaying his skills by carving his fence post. 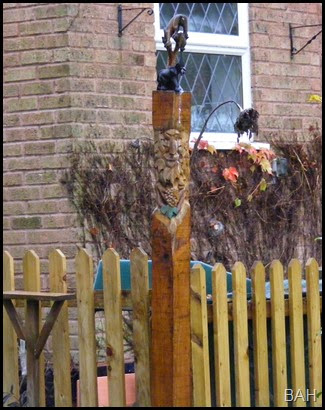 One of the highlights was this photo just before Streethay Wharf. 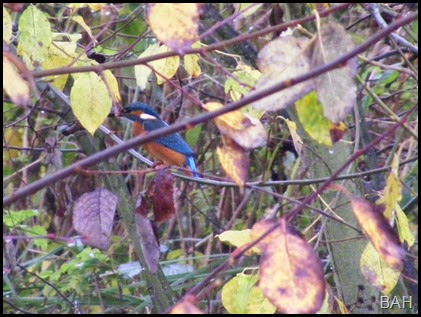 He really teased me by flying round in large circles and landing, only to take off again as I pressed the trigger.

We stopped for a chat with the people we were sat beside last night, they live beside the canal at bridge 88, they have their house for sale if anyone is looking for a canal side property for £625,000. We had to bid them farewell as 3 boats came along the canal towards us.

At Fradley junction we turned right along the T&M Canal, as Diana turned Junction Lock this couple came down the canal behind us, 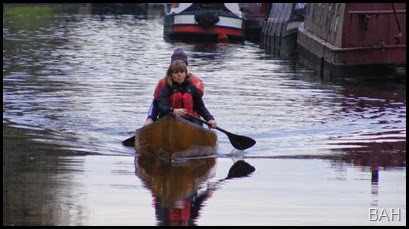 carried their canoe round the lock and were off, very capable paddlers.

Since we were this way last I have been told that the work going on beside Hunts Lock is to put a gas main under the canal. They have sunk a deep concrete lined hole and as we passed by they lifted a man from the bottom in a crane basket. 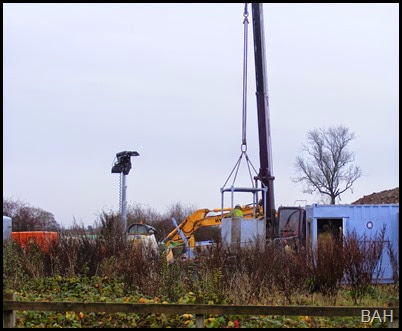 They have pumps and generators running 24/7 so I wouldn’t want to be trying to sleep in one of the boats on the long term moorings here.

We dropped through Alrewas Lock and winded in the winding hole directly below it, followed by a short reverse to moor in the centre of the village near the foot bridge. You may remember I posted photos of the graffiti on the road bridge, well there was a web 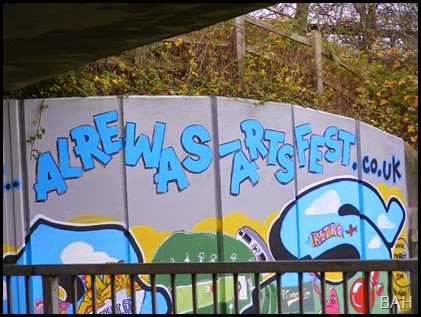 address on there and following that link I found they had made a DVD about the history of the canal from Fradley Junction to Alrewas and I decided to buy a copy. I emailed the link on the page and the producer brought it down to me on his bike this afternoon.

What else have I been up to? Well for the last couple of trips we have been getting air gushing out of the taps with the water which tends to splash you somewhat. I traced the problem to a leaking water pump and of course they no longer make that model, I have an old one that also leak so I will attempt to repair that as a replacement would A) be a different size and B) cost a lot of money. 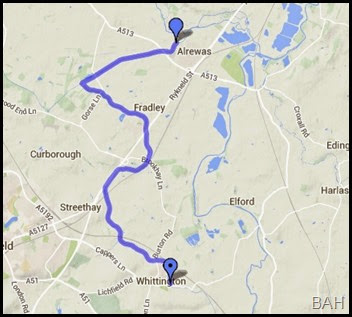