Well what a weekend its been, Friday evening was the Birmingham Canal navigation Society (BCNS)AGM followed by sausage casserole and a bar serving a selection of Pardoe’s beer.  There was even a three piece band for our entertainment.

Saturday morning we visited the Smethwick Pump house that once pumped water up from the New Mainline to the higher Old Mainline. In the afternoon we did a spell on the tea stall and then in the evening the bonfire was lit and a large firework display. The BCNS were selling burgers and hot dogs as well as the bar again. Once the fire works were over it was in the marquee for more Pardoe’s and listen to a local band “The Shady Band” and the weather held with just some light drizzle, however last night made up for it with a good quarter inch coming out of the sky. We set 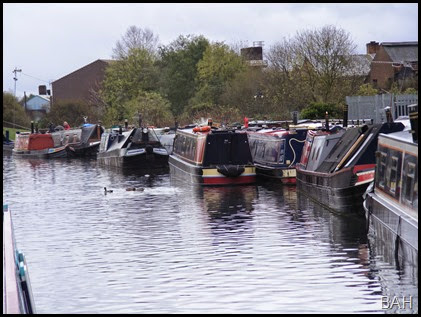 off at 9 am. down the Smethwick three locks. Most of the boats were still there but a few had left earlier in the morning. The bonfire had been by the top lock but all was was to bee seen when we passed was a blackened area of ground. 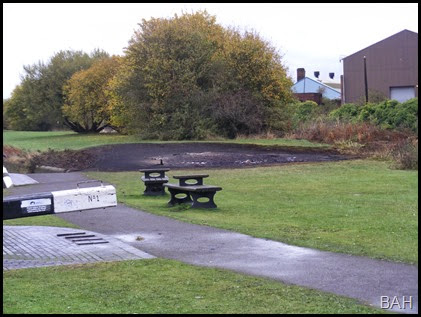 We had started off in the rain but it soon cleared and got out quite bright.

As we headed into the centre of Birmingham we passed the first fishing match we had seen since down the K&A, they seemed a friendly bunch with a hello and a nod as we passed, behind them is a large compound that is packed full of vans, there must be hundreds in there.

Needless to say the Farmers Bridge flight was against us, but with no one directly in front we were able to set ahead and keep moving. At Aston Junction we turned off the the left down the Aston flight just as a boat was going out of the bottom gates. We turned the lock and followed. All the pounds where on weir which is unusual for this flight, normally a couple of pounds are down. At the second lock we spotted a boat coming up so we pulled over and waited for them which eased our passage, and then a second,, but after that we were catching the boat ahead so stopped for lunch 3 locks from the bottom. 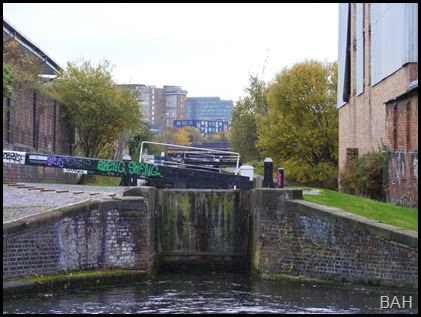 As we set off again the sky was blackening, still no boats had been up and the second from last lock we had problems closing the top gate, there was a large piece of wood under the gate which I managed to dislodge with the boat hook. By now we had a boat right behind us. As we reached the bottom lock it started to rain, well more like someone with a hose. Diana got wet through and had to change once we were through the lock. At Salford Junction I went out turning to the left, I then reversed round the junction and into the Grand Union Canal continuing backwards to Star City to moor for the night. 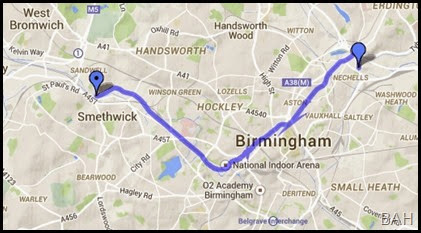