last night we had a great meal at Pasta Di Piazza, the main course pasta dishes were only £6-99 the same as the starters and good sized portions of very tasty food, however I thought the wine a bit pricy at £16+ for a bottle of house Rose.

The boat is now decked out for Christmas with 360 flashing LEDs and a mini Christmas tree with another couple of dozen. 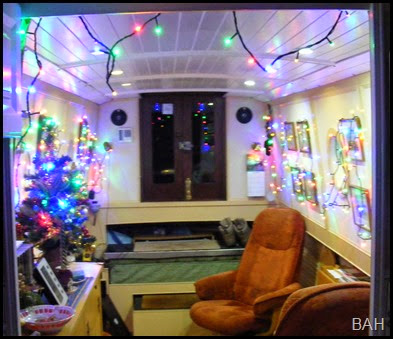 A much quieter night and this morning we were off just after
9-15 AM. A boat had just come down the locks and set the scene for the day, we only had to turn one at Meaford. Many years ago the canal use to run further to the west from the bottom lock at Meaford, rejoining just below the top lock. 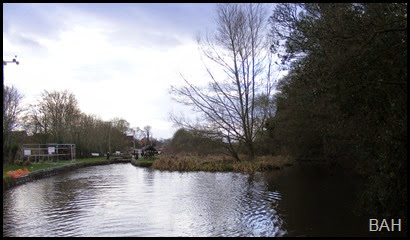 The first boat we met who had just left Trentham lock told me they follow this blog, but I failed to get the boat name but am fairly certain it had Melbourne after the name, so was a long way from home. I hope you moored OK in Stone.
CaRT have done a lot of work reducing leaks on the bottom lock gates, this has involved fitting new wooden strips where the mitre faces come together. They are working quite well at the moment and if the fitting adjustments have been made on the lock gates and not the new trims they when they wear they can easily be replaced with standard dimension new ones with minimal adjustment. 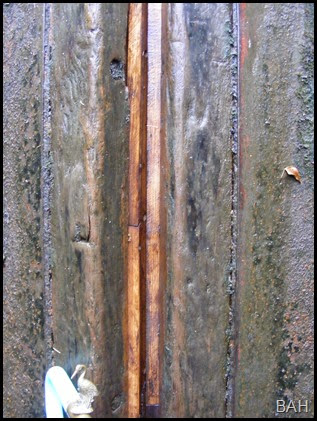 I was rather impressed with this carving in front of a canal side bungalow in Trentham, I hope it doesn’t crack and split being outside. 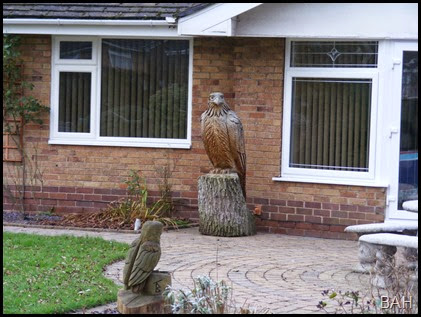 I don’t know if they make railway wheels in Stoke or whether they assemble the bogies but there is a yard full of them by the canal, some are shiny like these and others rusty. 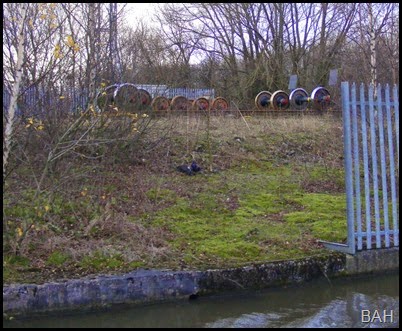 It always makes me smile passing the Dolphin with their name board, I can see how some of the items go together, but Country and Western line dancing? 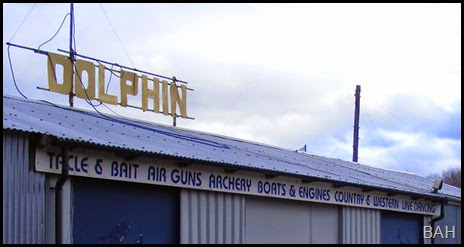 I worked us up the 5 Stoke locks with Diana driving and two elderly ladies enquired if the locks were still operational at the first one we came to. I walked ahead setting and as I rounded the bend to Stoke Lock 39 I could see it was full and a chap by the top gate, it was another boat coming down, so after nipping back and indicating for Diana to hold back I helped them down, it turned out they were with friends who were on a hire boat just setting the top lock so that upped the number of boats on the move today to 4. We passed the second boat between the two locks and once at the summit turned hard right onto the Caldon canal mooring on the 48 hr moorings in front of the museum. The boat behind informed me that the canal was closed yesterday while they retrieved the body of a chap they think drowned himself at one of the locks. The details are here. 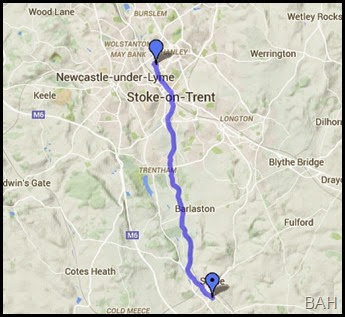 Hi Brian and Diana,
We should have passed a bit slower below Trentham Lock. We moored up at Wedgwood and will head into Stone tomorrow.
Maybe catch you when we head north in the New Year.

We are a bit further from home that what you may think!

Ironic name for the victim of the canal tragedy.

Hi Brian.
The bogies are at the Stoke base of Axiom Rail who are part of the German British (as distinct from the German German or British British) firm of DB Schenker Rail UK.
They design, build maintain and refurbish bogies and suspension systems (among other things).

Hi Ray and Diane good to meet you even if it was very brief. we needed to push on as we wanted to moor on the Caldon tonight, as it turned out we got a spot at Etruria but if not we would have needed to go further.

Thanks for the information Dave, I was going to check the company name and Google them on the way back