Well summer is continuing today and we were off at our normal 10 am after the 8-9 flurry had gone.

I took this picture from the front deck last night of The Star pub with the moon hiding behind the clouds over the bridge. I did consider sawing the pipe down as it spoils the picture a bit. 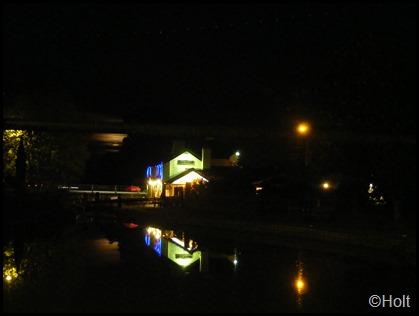 Below the lock the moorings were almost empty and we stopped to top up with water, once the tank was full we set off as the lock behind us was emptying, looking back I saw this lovely boat coming out of the gate, I knew immediately who it was as its normally moored above Newcastle Road Lock. 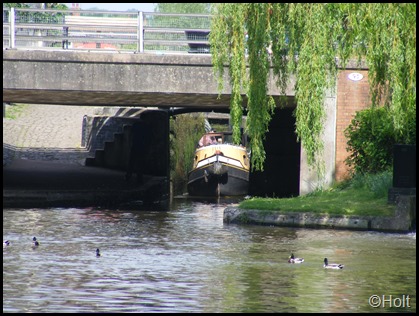 Although the 48hr moorings only had one boat on them the 14 day were full and as soon as I had passed the last boat I pulled over to wave “Cutter” by as I knew she would be faster than me. 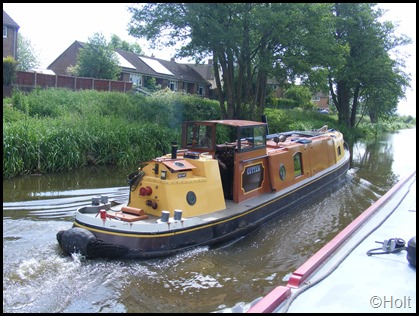 However she didn’t get far catching up with another boat at Aston Lock.

It was so nice now that the sun hat came out, as we locked down a Shared Ownership boat came up behind us and helped Diana with the paddles. Once on our way again she mentioned that the chap said they had to be at Gt Heywood by 3 pm and wasn’t sure if they would make it, so at Sandon Lock where we waited for Cutter to go down and a boat come up we let them have the lock, it should have saved the 20 minutes or so and we are in no hurry.

We stopped by Salt Bridge No 82, for lunch followed by a walk round Salt. 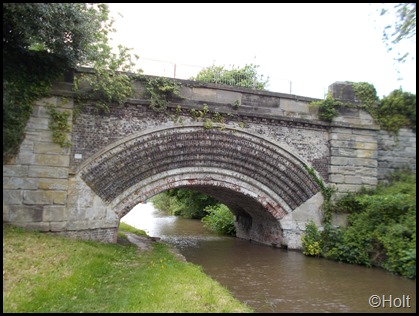 Its only a small village down a short walk down a single track road, but it boasts the oldest pub in Staffordshire and the second licensed public house in England and is thought to date back to 1190. 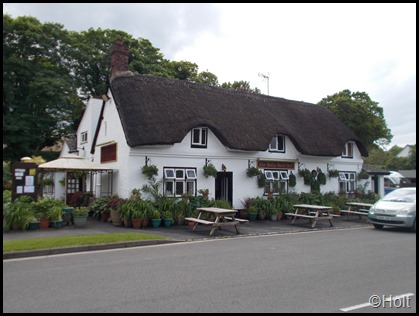 The pub is an easy walk from the canal and the moorings are good but it is right beside the railway line.Walking back to the boat this Doric column is easily visible  over the trees, its not so easily seen from down on the canal. It stands in the grounds of Sandon Hall and was erected in memory of William Pitt in 1806. 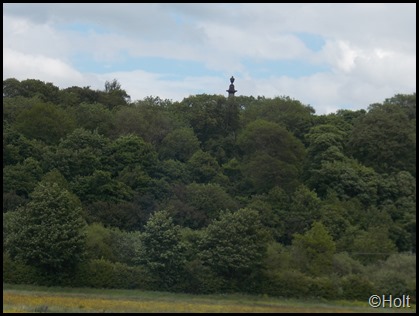 We planned to stop at Western for the night near bridge 80, but as this is near the only canal side pub for miles we had no chance of getting a mooring so we carried on south mooring almost opposite Canal and River services at Western about half a mile further south.

Since we have been here we have had the lightest touch of drizzle and black clouds followed by bright clear sun again, but the wind has picked up quite a bit in the last hour or so. 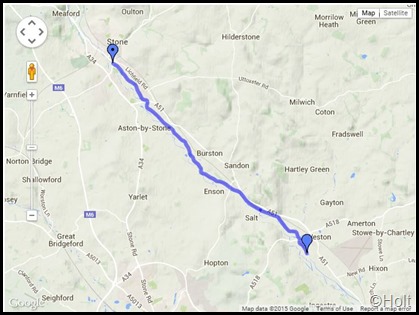