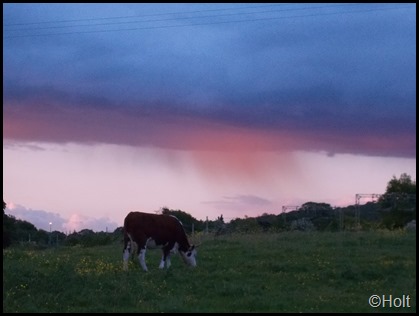 it is raining, because this morning we woke to bright sunshine, shame it didn’t last.

As the weather was nice we walked up to Mow Cop Castle, if you plan on doing this be warned there is a 1 in 4 hill to climb, there is also a pub near the castle called The Cheshire View, it doesn’t open lunch times during the week. The castle is another National Trust property but there is not a single sign directing you to it. What we did find when we reached it that people have thrown rubbish inside it and even dog poo bags. 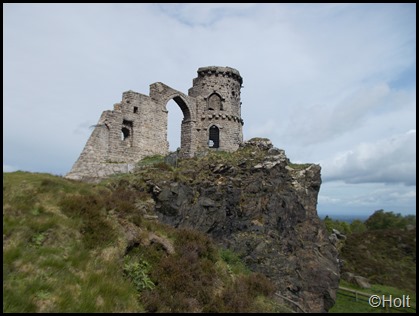 As you can see it was already clouding over and the wind had a chill to it. Walking the 1½ miles back is a bit easier because its down hill. We were back on the boat about 11 am and set off as  soon as the two approaching boats had passed. Between Scholars Green where we moored and Lock 13 there is a wooden pedestrian swing bridge. This has a chain attached to it so pedestrians can pull it across when the want to use it, I am not sue how the swing it open again if they are coming the other way. 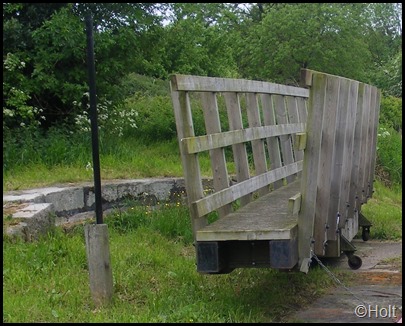 You can just see the chain hanging off the end and down into the water where it is attached to the tow path side. 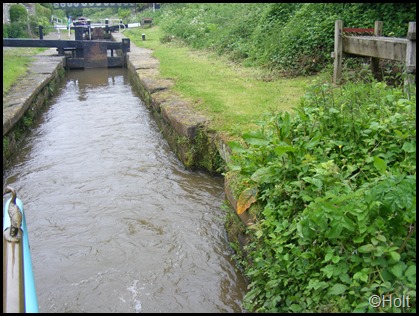 Now the level of the Trent and Mersey is about 50 cm lower than the Macclesfield as they had to lower the summit to give more headroom in the Harecastle tunnel to compensate for it subsiding, so now there is no possibility of water flowing into the Macclesfield Canal. 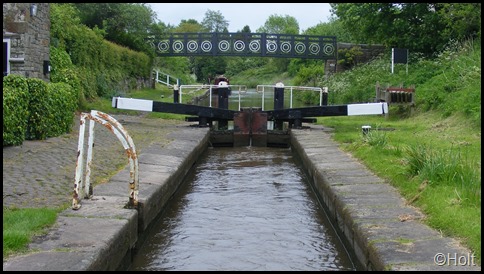 Even though the next one and a third miles of canal to Hardings Wood Junction are officially the Trent and Mersey canal it is commonly know as the Macclesfield canal and on bridge 98 at Hardings wood Junction is this plaque. 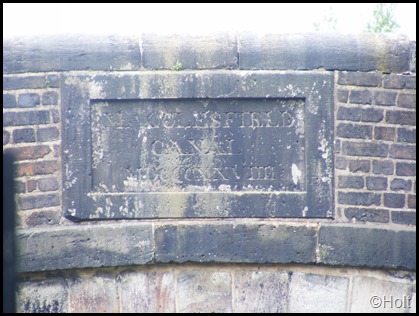 Here we turned right, a much easier turn than when we came up, as the canal is wider south of the junction and we are back on the brown water. 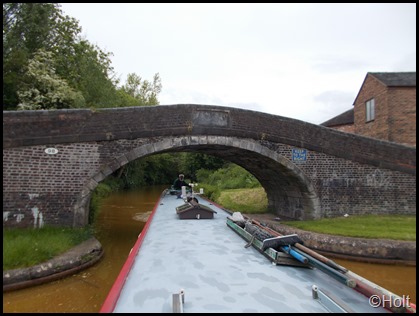 It was only a short run now to the north portal of Harecastle where there were already 2 boats waiting. The tunnel keep informed us that we would have a ¾ hour wait as there were 6 boats coming through, we were also joined by two more bats going south. The Tunnel keeper came round and gave us a briefing under bridge 131 as it had now started raining. We had plenty of time to eat lunch before it was our turn to enter the tunnel. It nice to see that the skeleton is still in there keeping an 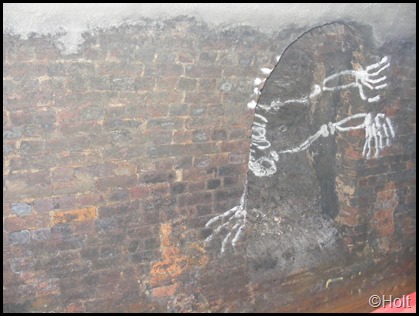 eye on things, hiding in the second recess. It was quite murky in the tunnel and we slowly caught up with the boat ahead as it was hard to judge how far in front he was. Once clear of the tunnel we pulled over to fill with water and continued our wet journey as far as Westport Lakes where we stopped on the 48hr visitor moorings for the night. We are moored just south of a sunken cruiser as there were no spaces long enough before that, there were a few that would suit 40 ft boats but people tend to spread out a bit wasting valuable visitor mooring space. 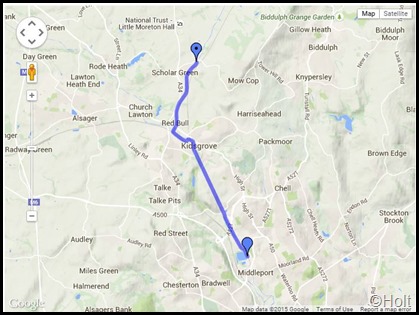