Interesting meal last night, we had a takeaway from the Indian Street Food cafe Shobhas  http://www.shobhasonline.com/ We didn’t know exactly what to order or how big the dishes would be so we ordered 3 hot and one cold, its all vegetarian and the 3 hot’s were just right for last night, leaving the cold one for lunch today.

We set off at 10 am, no sign of the pedalo man. I decided that we would reverse to the junction and then go up Aston locks as 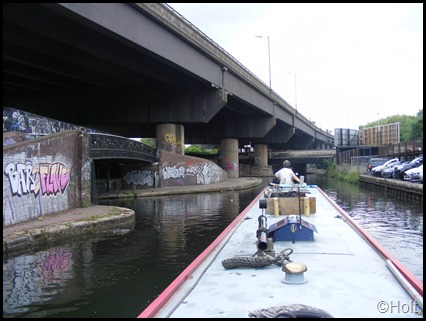 its a shorter route and we timed it just right. As we made our way up towards the bottom lock we passed a boat watering up at Cuckoo Wharf who looked as if he had just come down and all the locks were with us. We had just left a very sorry bottom lock, 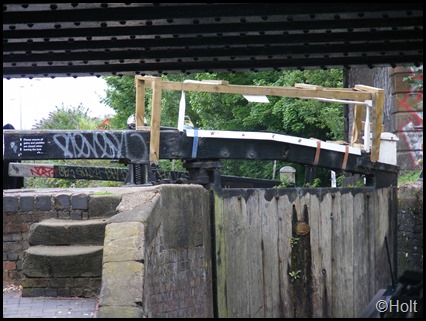 as you can see the top beam is snapped right through,  when we saw a boat following us up, so half a hour latter they would all have been against us.

About half way up the flight it started to drain, not just drizzle but rain and it only stopped when we reached the top of Farmers Bridge Locks. Just before the rain started there is a fine view of Birmingham up the locks. 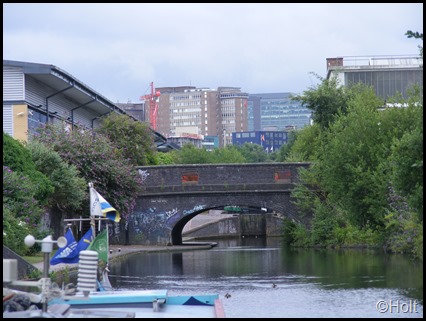 As we approached the bottom lock of the Farmers Bridge Flight we met Sandra on “Golden Boyz” coming down so we knew we had a good run, what she didn’t tell me was that the Homebrew boat was a short way behind her and when I run up to the first lock they were about to come out so I had to back up and picked up a right load of rubbish round the prop. They were heading off to an event at Digbeth this weekend. A CRT Volunteer had assisted the Home Brew boat down the flight and as he walked back up he opened half of the bottom gates for us which was a great help. Somewhere around lock 7 we met a hire boat coming down and we had a bit of trouble getting round each other, This was after they had walked down the pound to enquire if we were coming up. Behind them was another boat and behind that two small boats sharing the locks that moor at Napton where we use to moor. After this a strange thing happened, A volunteer lock keeper looked down below the next lock, saw us coming and proceeded to turn it. Diana shot up while I finished locking out of the one we were in. He had got so use to boats coming down, 6 this morning that we had seen he was turning the lock for us, but we were going up. Lots of flying around, paddles down, paddles up and the gate opened just as I arrived. he then assisted us all the way to the top.

Once at the top I pulled over and while Diana topped us up with water and I tackled the weed hatch. Today’s catch was a new one for me, old clothing including elastic mixed up with a couple of beer cans, these were fully shredded and tangled in all the cloth making it very difficult to get hold or as it was very sharp. Once both jobs were complete it was off through Birmingham via Gas Street and down the Worcester and Birmingham. The NIA now has a top window that is also a video screen. I shot a few seconds video but its not very good. 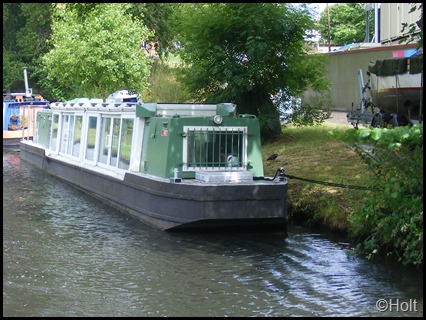 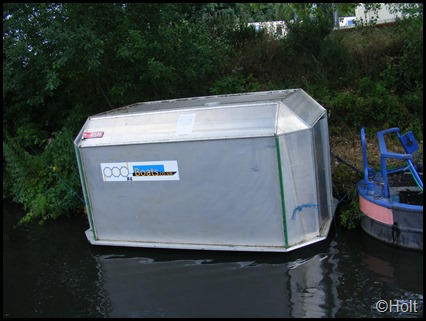 Our plan was to stop at Bournville visitor mooring for the night and when we arrived they were empty although there were boats moored adjacent to them so I suspect that CRT are enforcing the stopping time. By now the sun was out, the locks were finished with and we decided we would look for a mooring that wasn’t beside a busy rail line. At King’s Norton Junction it was sharp left and through the now unused stop lock. 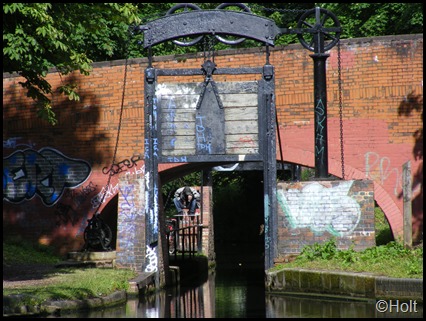 Its carrying a bit of graffiti but still looks in reasonable condition following a total overhaul a few years back.

Brandwood tunnel was next on the list with its confusing signage, 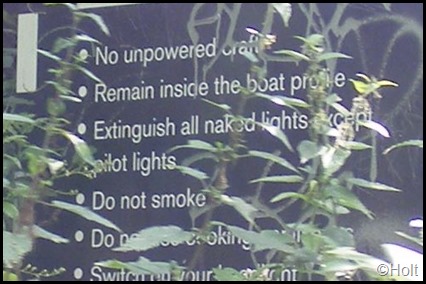 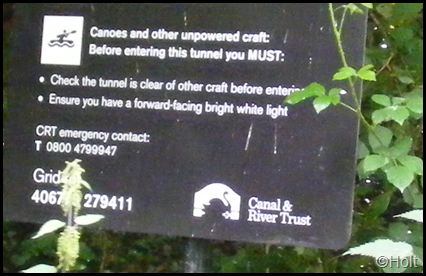 We arrived at Shirley Draw Bridge at about 5-30 with a good flow of traffic crossing the canal from both directions. In the end Diana gave up waiting for a lull and pressed the button which changed the traffic lights, lowered the barrier and raised the bridge for me to pass under. After she had lowered it again I had to wait several minutes before she could cross the road to join me. We continued for another half hour to moor at Dickens Heath for the night. 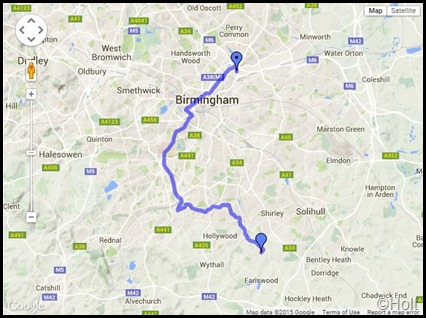