Well its not actually Kingswood Junction its 2 locks below.

We set off at our normal 10 am in the sunshine meeting a steady stream of boats all morning. The development at Dickens Heath is much larger than last time we were this way and this morning the water feature was running, it was off last night. There is some 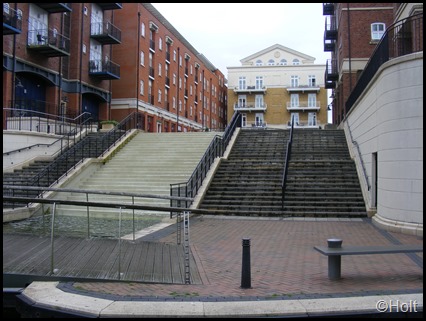 very interesting architecture in the complex but the build quality, well I have seen better, lots of slates missing or slipped on the roofs. 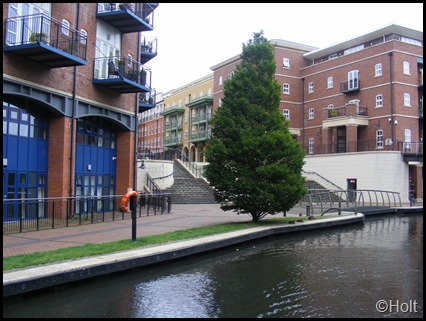 It wasn’t long before the M42 was with us soon to be followed by a much smaller bridge indicating this was once the boundary of two Water Authorities, it may still be the case. 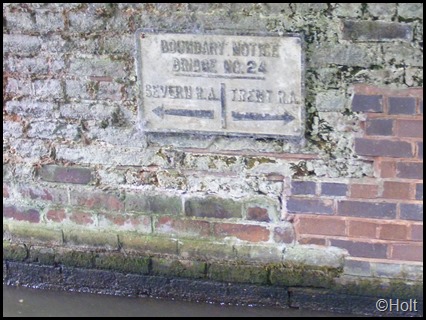 There is a similar notice on the bridge at Swallow Cruisers number 27. These notices are on several bridges in this area.

I got off to do the two lift bridges at Hockley Heath as I remember they were quite difficult last time we were this way but it seems they have been rebalanced and work much better. Next was lock Number 2, Number one is the “stop Lock” at the 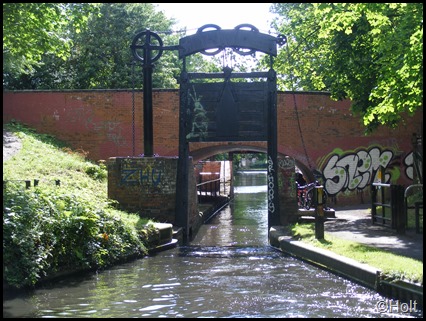 beginning of the canal that we passed through yesterday. This was against us. Just as we were about to leave I spotted a boat approaching No. 3 so we left the gates open for them. They in turn radioed there friends who were following to say a boat was coming down so the gates on 4 and 5 were also open and ready. at 5 a boat came below as we worked down so again no need to close up. I am liking this.
A slow run down to 6 while we had a sandwich for lunch. Approaching 6 we can see a boat coming up so that will be ready for us, not only that there are 4 volunteer lock keepers assisting them. 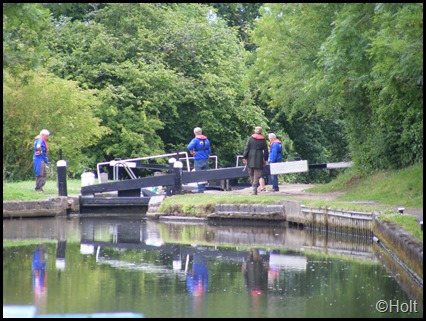 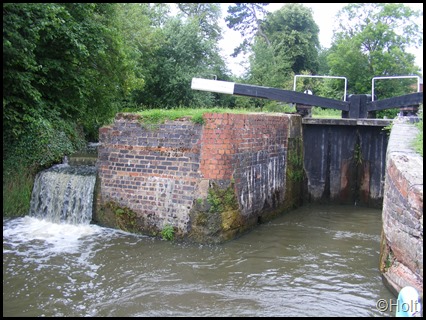 The next boat we encountered was just setting lock 14 so we were able to leave the next 3 open, below here the locks were against us until we met one leaving lock 19

At Kingswood Junction we went straight ahead down the South Stratford Canal. As we were leaving the first lock, No.22 a chap with a windlass wandered down, he looked a bit familiar, It couldn’t be a volunteer locky as he didn’t have a life jacket on, it turned out to be the Waterways Chaplin for the area, We had a chat and he helped us down a couple of locks, last time we met him was last July when we were on our way to the AWCC rally at the  Black Buoys Cruising Club. As we locked through lock No. 23 we realised there was a boat directly in front of us and as the next decent mooring in our view was some 8 locks away we didn’t feel like following them so pulled over for the night. Since we have been her two more boats have gone down,but no one has come up yet, lets hope they do in the morning. 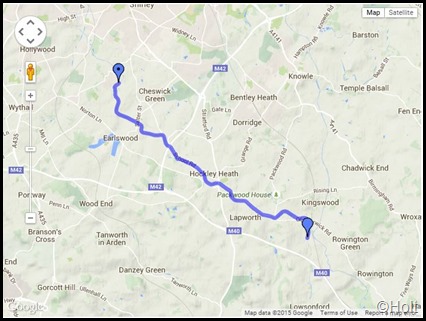