The first job this morning was to rig the anchor before considering going on the river.As we had the bow sticking out into the basin we needed to turn round, as we were doing this a boat left the moorings so I was able to run into his vacant spot with the bows against the pontoon. This made it possible to lay the anchor, chain and rope out on the ground whilst attaching it to the boat and storing the rope and chain in a bucket on the front deck.

At 1030 am we headed down the lock out of the basin on to the river. Did I mention it was raining again and would only stop when we moored up for the night. The day we chose to go up the river was the same day as Stratford decided to hold its raft race. I am not sure where they were starting from but we kept meeting them as we went up the river towards Warwick. We only went as far as the winding hole just over a mile and three quarters.

The reason for not going further was the weather and I didn’t want to be reversing down with a raft race going on around me. On our way back down stream towards the town we stopped to fill with water at the Old Bathing Place and all I can say was its disgusting. 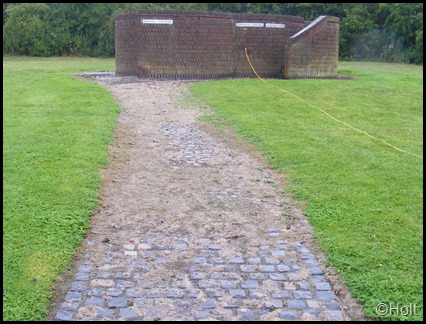 This is not mud on the path leading up to the rubbish bins, water tap and Elsan disposal, its toilet paper and dried raw sewage that has overflowed down to the river and this is not dry grass cuttings but again sewage. 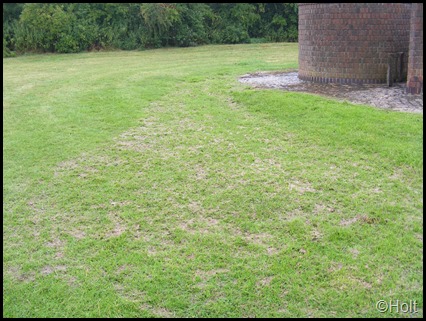 There has been a lot of development along the river banks with chalet parks and caravan sites since we were last this way, one place that stuck out was this hotel/restaurant which I think is called Riverside. 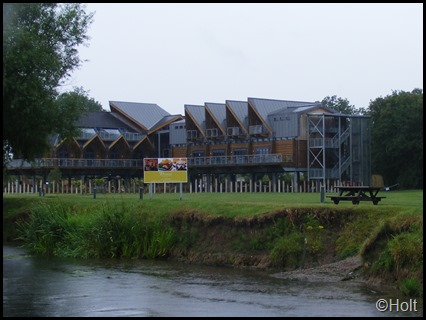 I have seen more Giant Hogweed today than I have ever seen in my life before, its all over the place on the river banks and on the islands.

While the raft race was on an organisation called Central Rescue UK who I guess were there as safety backup for the rafts but they seemed to be spending most of the time wising up and down one even had his blue light flashing. I wonder if they are exempt from the speed limit. 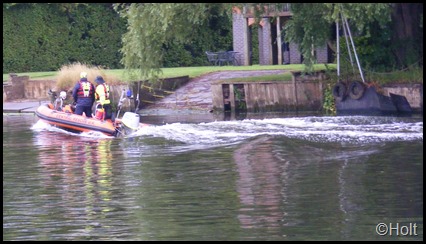 We stopped for a bit of lunch in Stratford moored to the park, as we were leaving a hire boat was about to set off so we shared a few locks with them. As we approached Colin P Witter lock the Avon Trust has a Narrowboat moored, not really setting the best example with the mooring line run to a nearby sign, even they 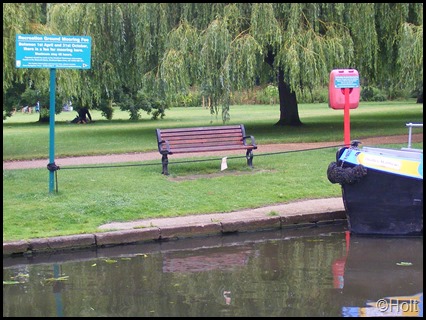 recognised the danger in doing this and hung a flag on the line to try to prevent people tripping over it.

It continued to rain as we made our way downstream, we only had one lock with us and that was Gordon Gray lock. When we reached Stan Clover lock the lock was empty and all gates closed, what we didn’t notice at first was both bottom paddles were up, maybe the last boat going down thought the notices about leaving gates open when you leave referred to the paddles. Once sorted it was onwards to W A Cadbury lock were we decided to moor for the night, there was already a hire boat above the lock setting it to go down so the boat who was with us still had someone to share with. Needless to say within 10 minutes of mooring up the rain had stopped completely and an hour later the sun has come out. 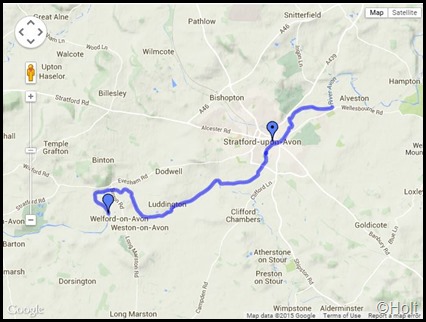