As we were in Stone we went out to eat last night, as can be expected on a Friday night its busy but the Thai had a couple of tables for 2 in the not so popular spot in the restaurant which suited us fine.

This morning we set off at 10am. Stone lock was with us and we pulled over just below it to fill with water before continuing towards Gt Haywood. We passed the boat with the Falcons on again and they were both out in the morning sun. 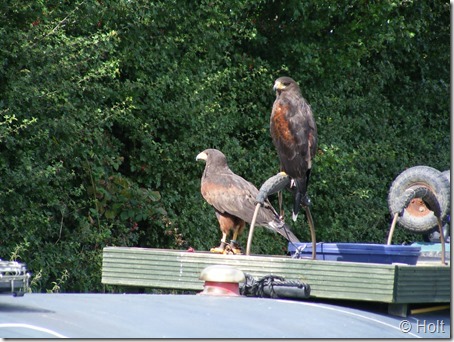 Construction work has started on the recreation ground at Stone just across the road from he Star Pub, I am not sure what's going on but it looks quite major.

We also passed a Swan on the bank with Angel Wing, its thought that diet is the main cause of this and it prevents the bird flying, so if this one is in someone's territory next spring there could be problems. 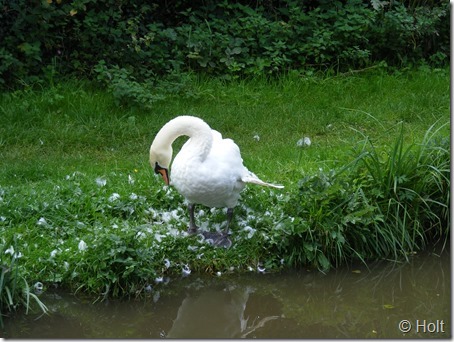 We continually met boats throughout the day, 2 or 3 between each lock so we didn't turn any  ourselves. We did have a boat ahead and he seemed to time it wrong at each lock as another boat would just have entered below as he arrived at the top, often with 2 more waiting . At Hoo Mill lock he was just leaving and Coal Boat Roach was waiting below to come up well loaded with coal, probably not considered well loaded in working days but with the state of the cut now he will probably touch bottom occasionally with that load. 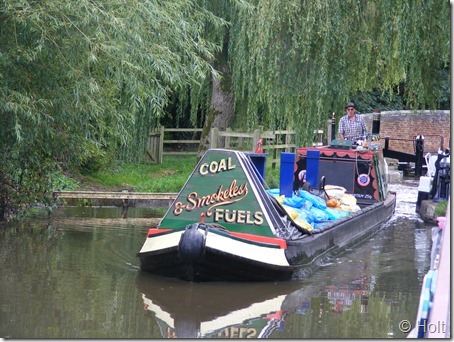 He didn't tell us he also had  butty Gosport below on a long line, if he had I would have waited until that came up as well, but I didn't find out until I was in the lock going down. 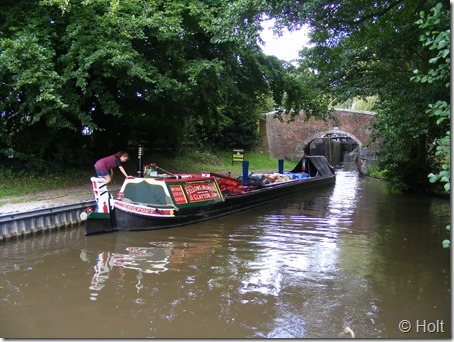 There is a new venture started at Hoo Mill Lock called the Emporium, its in the wooden building on the offside of the canal just over the bridge,. We didn't have time to investigate further but it sounds interesting. 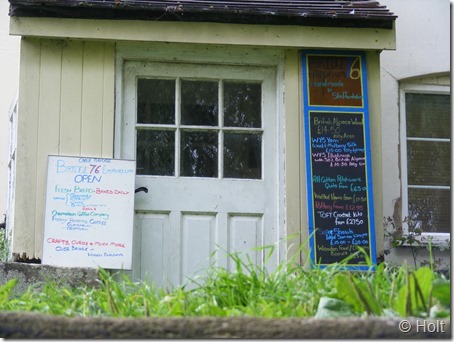 At Gt. Haywood we turned sharp right with nothing coming out of the Staf & Worc to impede our progress and headed across Tixall Wide, a very popular mooring spot. As we approached Tixall Lock we met a day boat so our luck with locks was holding, as we locked up a hire boat arrived to go down and the 2 lads onboard where more than happy to open the top gate for us.

Last time we came this way there was a lot of ground work going on about half a mile west of Tixall Lock, we were surprised to find it all still there, it looks like they have sunk a large pit lined with concrete, this is something they do if they plan to tunnel under the canal.

We continued meeting boat all the way to our planned mooring for the night at the old junction of the Stafford riverway Link. Just to the east of here is a mobile home village and some years ago they pruned the canal side trees, I think they may have over done it as about 6 look as if they are now dead. The first one looks OK. 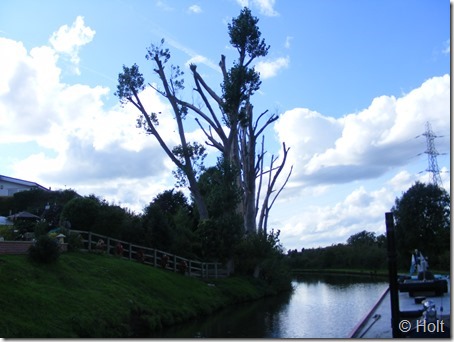 I am sorry but there is no map tonight. I got hold of the Ipad wrong and somehow deleted it, I don't know how as I had already saved it and usually it takes several actions to delete a route, but I did it in one. I have salvaged this map from it. 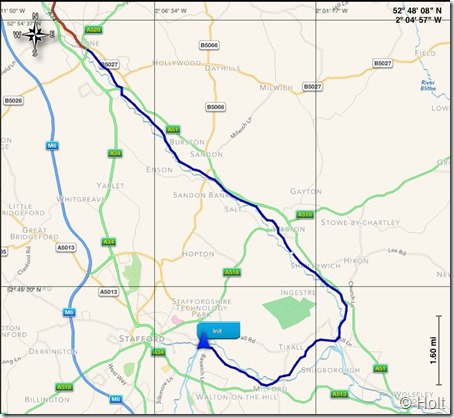 Posted by Brian and Diana on NB Harnser http://nbharnser.blogspot.com at 18:19