Woke to a lovely sunny morning, as soon as a boat came down the canal we set off as this would mean that Engine Lock would be in out favour. I had undone the bow and pushed out, lifted the fenders and was just taking the stern line off when a boat came behind but as I was so close to setting off I continued, a good job to as there were two more boats just behind him.

Engine lock is unusual, its quite deep and as you fill it the water also comes in at the tail of the lock, so the boat is not drawn forwards or tries to surge about. 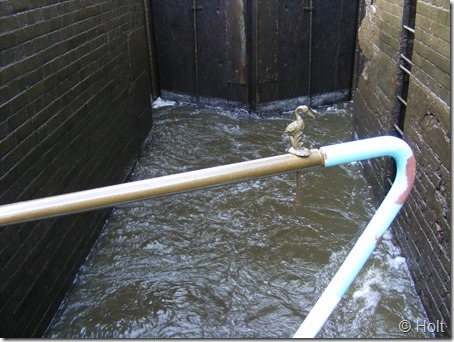 Above the lock another boat was just setting off and we followed them to the lift bridge, I waited after they were through for a boat coming the other way and the lady then decided she couldn't wait any longer and lowered the bridge. Its a key operated electric bridge and you have to lower it to remove your key.

We met boats in every lock going up Stockton Brook Locks which also eased the work load.

It was a toss up whether to carry on straight at Hazlehurst Junction or right to Leek, when we arrived there was no one heading down the locks and the top one was full so decision made, straight down. 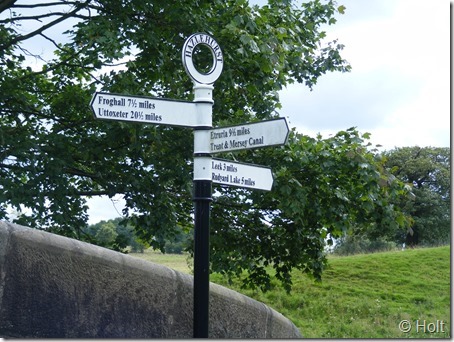 Looking at the row of houses beside the Holly Bush Inn it looks from the lintels above the doors and windows of No.4 as if the have suffered subsidence in the past. 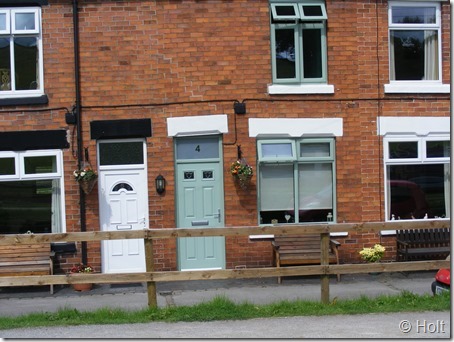 At Cheddleton Mill both the water wheels were running, but by now we had passed the visitor moorings and were soon at the lock, so we failed to stop this time for a look round. We have stopped before but it was years ago. Just beside the lock is a Mexican Restaurant where a 50th birthday party was taking place with much merriment.

The Cheddleton locks are fitted with hydraulically operated bottom gate paddles and required 23 turns of the hand pump to lift them, it wasn't helped by one drifting closed by its self, so needed constant winding to hold it open. It was here that Diana enlisted some youngsters to assist in pushing the gates open and closed.

Just through Basford Lane bridge are some 48hr moorings, room for two boats, the first bit is OK but the second section must be the worst official visitor mooring on the system, its just a rough concrete edge over a weir, its horrible. 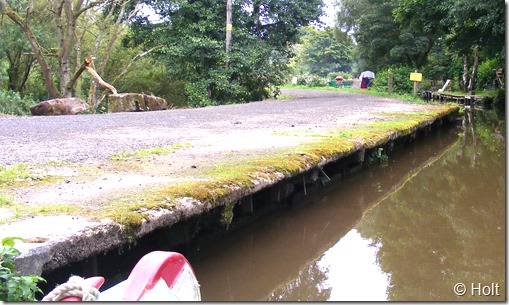 Luckily there were no boats here and we could get on the first bit. Also on the first bit is another canoe access point. This one consists of a wooden frame with a rubber mat inside it. 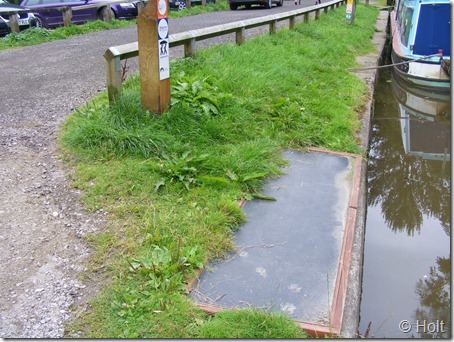 Posted by Brian and Diana on NB Harnser http://nbharnser.blogspot.com at 16:57