A good mooring last night on the 24 hr moorings above bridge 104, I was even able to get Wedgwood's free Wifi, well its free for 8 hours which was fine, it was just that it dropped out every time a train went through.
About half ten a boat came by looking for somewhere to moor, luckily there were spare rings between the bridge and the last boat in the row.

We set off this morning in the sunshine at about quarter to ten and had a steady run through Barlaston village where we passed this boat with two hawks on the roof. 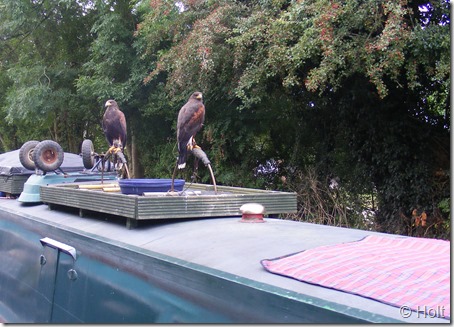 We also spotted a rather strange cloud formation, I expect there is a good explanation for why its formed like that. 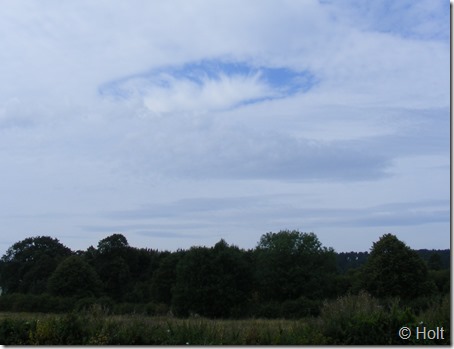 Meaford locks were against us so Diana filled the top one and in we went, I went forward to draw the bottom near side paddle but couldn't swing the windlass. Another email to CRT. 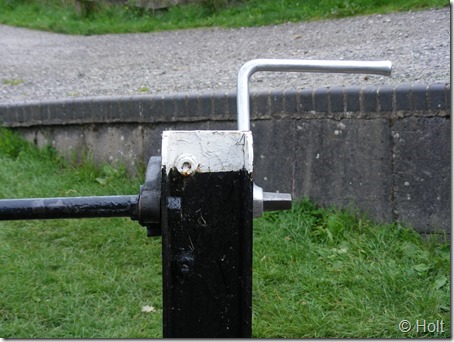 Not only that as we left I noticed that the top cill fender was missing and the cill projects over the brickwork, so it’s possible for a boat going up to get its bow fender caught under the cill as the lock fills.

The second lock has what looks like a permanent notice on it saying there is a culvert problem, that's only half the story, 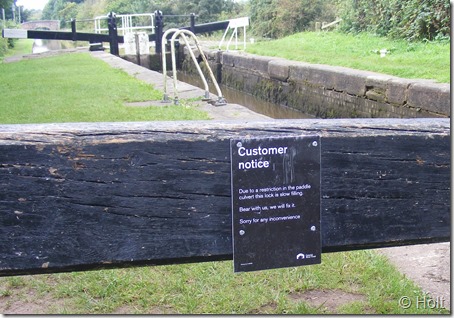 the bottom gate leaks so much that it's nearly impossible to make a level and it needs quite a bit of weight on the beam to open it. Now that's two out of four locks, when we got to the bottom one it was half full with water poring in through the top gate, not around the edge but through the gate. 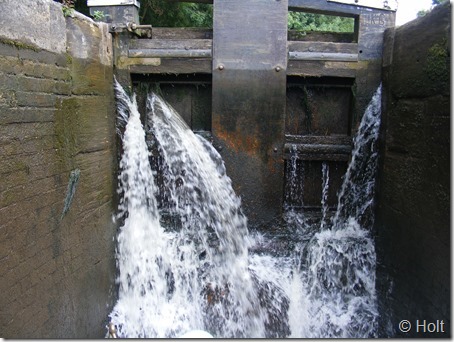 We carried on down to Limekiln locks just as 2 cruisers were leaving, so it was straight in, We were assisted hear by a CRT volunteer who was working on the locks. It came as bit of a surprise to find a boat just entering Newcastle Road lock as we arrived, do to the holdups we had experienced at Meaford we expected the way to be clear. We carried on into Stone and moored on the offside 24 hr moorings above Star Lock for the night and replenish supplies, this took two trips as Morrison's were selling Pedigree at £1 a bottle. 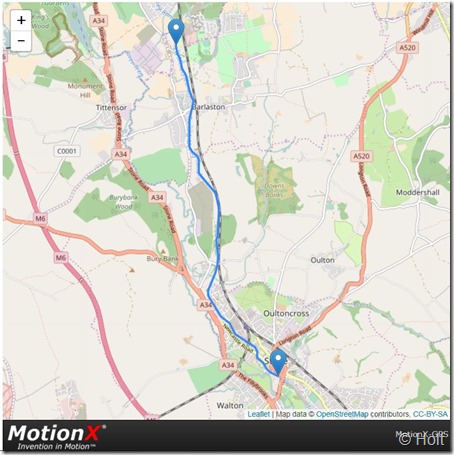 Posted by Brian and Diana on NB Harnser http://nbharnser.blogspot.com at 16:38