Yesterday afternoon we walked round the site of the old lock down to the River Sow, the proposed no link wont be following the old one as can be seen on this map from Waterways Routes.

The trust have exposed the old Lock Keepers cottage foundations and laid a few course of bricks on them to show the layout.

They have also opened up the old holding basin and some of the lock. 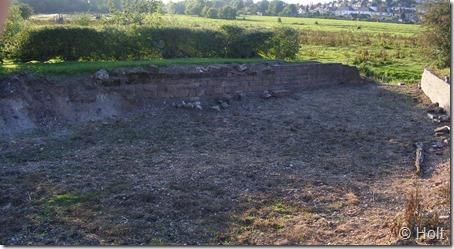 One of the reasons for cutting a new route is that the river is no longer where it use to be, this can be seen by the old footbridge that now spans dry land. 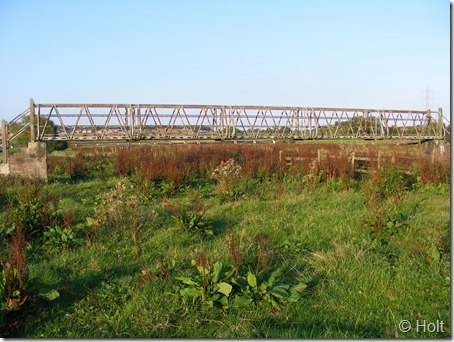 This morning we woke to a sunny day, we were well aground with bit of a list on, it makes you wobbly when you first get out of bed. We were away just after 10 am with a 4½ hour planned trip ahead of us. We shouldn't make plans.

The day started well and as we approached Deptmore Lock a boat was just coming down and a second waiting above. we then passed a few boats waiting to pull away but they waited until we passed, then it all went wrong.
At Shutt Hill Lock we caught up with a hire boat who had not been out long, that in its self was not a problem, but they were travelling with another hire boat and the way they worked was that one would lock up and then sit and wait for the second one to lock up, by the time we locked up they were both just setting off and at the next lock it was repeated, so they were sitting at each lock for abut 30 minutes as opposed to 15. The lady said to Diana they thought they were making slow progress to complete the ring in a week. We stopped for half an hour talking to New Zealand friends who were working on their boat at Longford Lock but we still caught up with them. At Penkridge they decided the needed water so we were able to overtake the back one, we then passed the second one who was doing a bit of fishing while they waited for the back one to catch up. They definitely wont do the ring if they carry on like this as they are wasting over a ¼ hour at every lock.

At Teddesley we passed Lady Hatherton moored under her cover, from what I could see she is in better shape than when we last passed by. 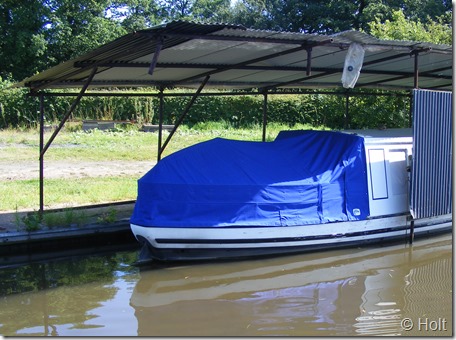 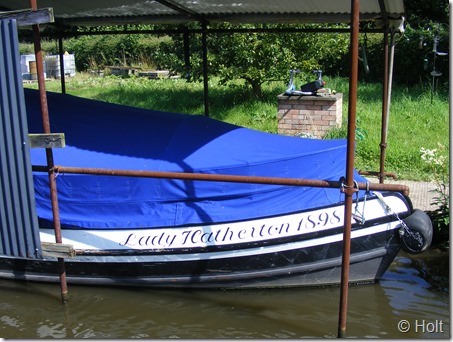 After Penkridge we made much better progress meeting boats at locks and a generally smooth run. We moored on the visitor moorings above Gailey for the night at about 5 PM, we should have been here about 3 pm and as I type this the two hire boats have just gone passed. 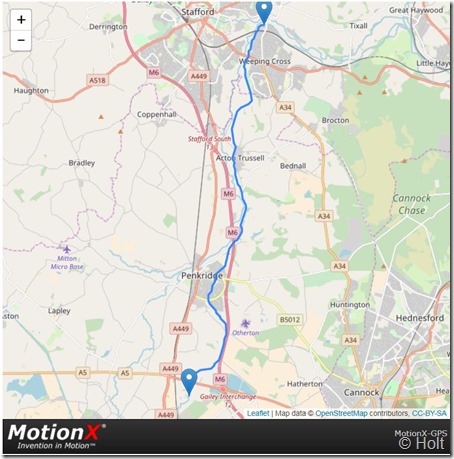 Posted by Brian and Diana on NB Harnser http://nbharnser.blogspot.com at 18:26

Thanks for the photos of the work on the link Brian, we completely missed it when we passed a couple of weeks ago. Debby

We passed where you are moored up today, but no one was around. I have read your blog for some time, so was disappointed not to be able to say hello. Maybe next time!