We had very good meals in the Hollybush last night, 2 mains and 2 pints under £25, tasty food and a good portion size, so we are back tonight.
This was the view through the porthole just before we left this morning around 10 am. (I said we were near the door) 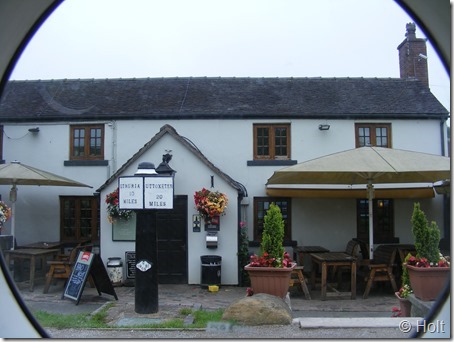 Up the 3 Hazlehurst locks, meeting boats at two of them and then sharp left up the Leek arm. We stopped for a few minutes to chat with an old friend, Mike who moors here, we left when a boat arrived behind us. The first test of the day was the turn onto the aqueduct that crosses the Caldon which we had passed under a bit earlier, it didn't quite go right and then on towards Leek. Leek tunnel is much higher than Froghall, I could even have left the exhaust up. 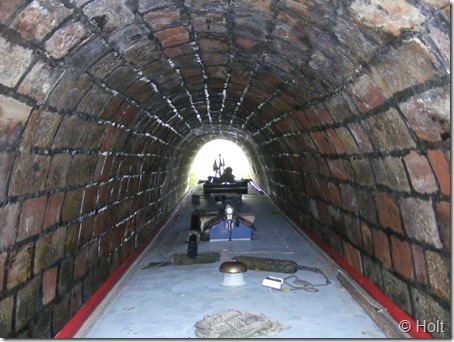 It had a major repair a few years back when a section was lined with concrete, following the work it was reopened in 1985, it was only a few years after this that we made our first visit up here. 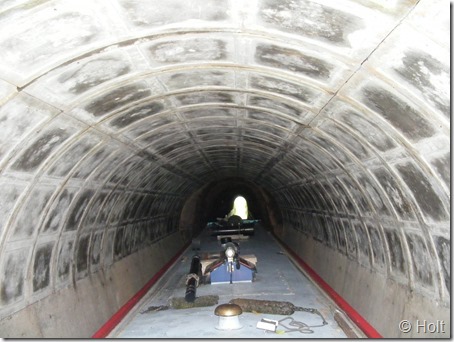 Just after clearing the tunnel we met a boat who informed us there was no chance of a mooring at the end. The first time we visited you could boat right to the end but now its badly silted and boats moor just after the winding hole. As it was so full we winded and left, returning through the tunnel and mooring on the wide just at the West portal. 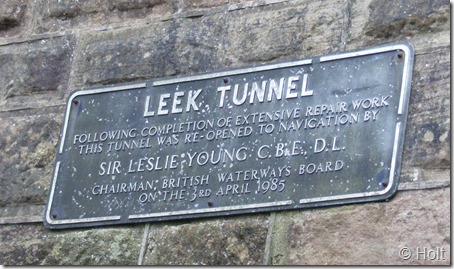 The boat who had been following us did the same thing and moored behind us. It turned out they came from Norfolk and had friends in the next village to us, they were also members of the Ipswich IWA.

As we sat on the front deck having lunch, well it was almost sunny a heard of heifers came down to the canal to drink, several of them just remained standing up to their bellies in the water and were still there when we left.

I was hoping for a photo of one of them flicking the water in a large arc with her tail, but I couldn't quite get the timing right as there is to much lag on my camera, unlike to old mechanical film ones where when you pressed the shutter it took the picture, not like today when they do it when they feel like it. 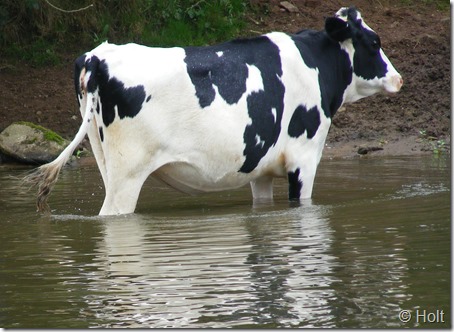 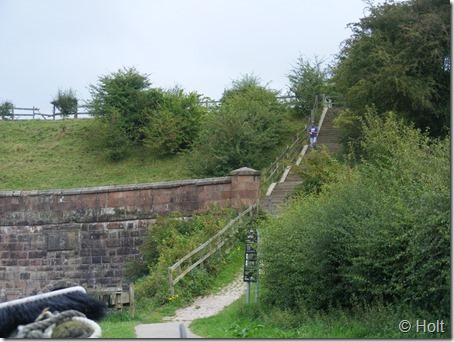 of the tunnel, when she returned we set off leaving our new friends behind and headed for Hazlehurst, we passed a pair of artists on the way, set up on the towpath painting a bridge, but I do wish they wouldn't moor on the outside of bends. 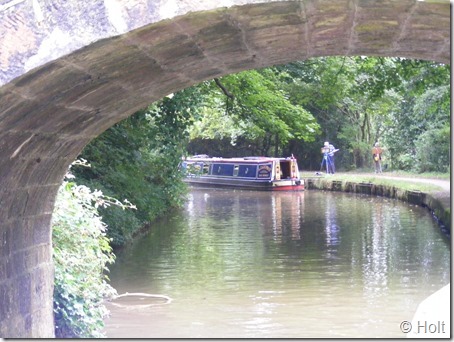 We had already decided we wouldn't moor on the aqueduct so finding 3 boats there didn't matter, I know from experience there are some large rocks under the surface there. We crossed the aqueduct, got round the right angle bend much better and moored on the section or visitor moorings about 50 yards towards the junction. Here there is a nice deep, straight edge with rings, but I have never seen anyone use it.

Once moored I fitted a bracket to the boat exhaust in an attempt to cut down the resonant movement at different engine speeds. Since I fitted the new silencer the pipe on the roof slowly rotates in an anti clockwise direction. The bracket has reduced the movement greatly but I don't think it will last, probably die from metal fatigue. I may need to look at a rubber mounted one. 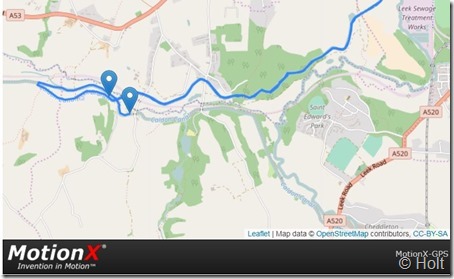 Posted by Brian and Diana on NB Harnser http://nbharnser.blogspot.com at 17:19