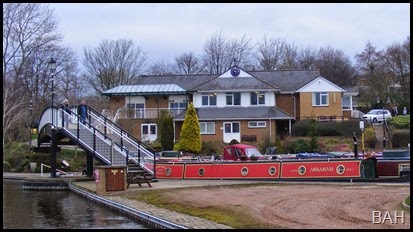 hosing the Association of Waterways Cruising Clubs (AWCC) AGM and Diana and I were there to represent the Cutweb Internet Boat Club (CIBC). The morning was taken up by the Association business and after lunch a presentation on the waterways over the past 50 years by Roger Squires BEM. It was probably one of the most interesting AGMs that I have attended for many years.

Following the meeting we decided to push off and get the batteries topped up before tonight. Or first stop was Deptmore lock, this is quite a deep lock and as we were coming up I noticed this plaque in the name board with David Roy Warner’s name on it. Something I had not noticed before. It just shows how you can pass things and never see them.

On the pound above the lock it looks as if the landowner has tried to stop his bank eroding, I say land owner as I can’t imagine British Waterways doing something like this,I think it was pre CaRT.

We continued on, only seeing dog walkers up through Shutt Hill Lock. Last time we came this way I asked if anyone knew what the white post on the off side below the lock was for. You can see it on my Blog for last November. 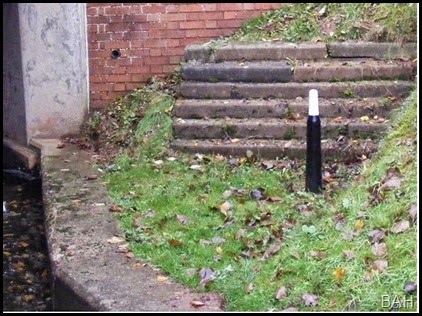 Well I have worked it out I think. Originally the road crossed the canal on a bridge at right angles at the tail of the lock and adjacent to it. This would have put the post on the far side of the bridge. A pulley on the post would have enabled the horse to draw a boat straight out of the lock. With the road realignment the bridge now crosses at an angle to the canal and a bit further away from the lock.

Yet another memorial has appeared on the towpath on the pound below Park Gate Lock, but I suspect it is probably to do with a car accident rather than a canal incident. The traffic barrier along here is of the taught wire variety which have been known to be lass forgiving than the pressed steel type.

Once clear of Park Gate Lock we pulled over to moor for the night opposite the far end of the Teddesley Boat Company yard. 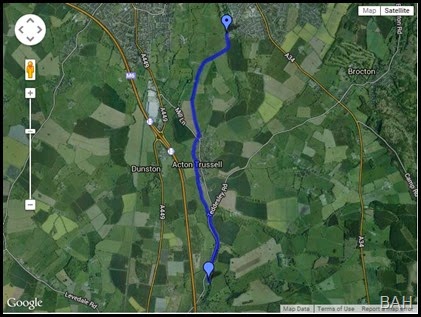