We set off south at our normal 10 o’clock just as it started with a very fine drizzle, this increased all morning until it was raining, that only stopped quarter of a hour after we had moored up. 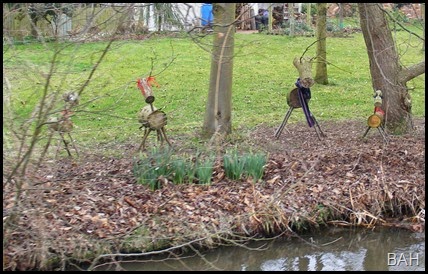 The polly tunnels are all up between Whittington Bridge and Hademore House Bridge.

I don’t know what plan to grow under them.

On our return Journey I dropped Diana off at Whittington Bridge to post a couple of letters, picking her up again at Bridge 80. Bridge Names on the Birmingham and Fazeley and numbers on the Coventry. I think I prefer the numbers, I know what order they come in.

If anyone is travelling along the Coventry Canal and fancy stopping for a meal at The Plough at Huddlesford, forget it as the place is up for rent at the moment. It always seemed busy when ever we passed and the food was OK so I don’t know what’s happened, maybe HS2 is going through the car park or worse. 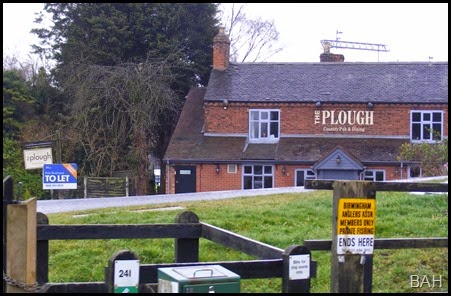 We met a couple of boats but the weather was quite miserable even the ducks were on top of the bridges. With all the bad press that the Fairies are getting at the moment with their houses in Somerset woods the ones at Whittington have a police cordon to protect their doors. 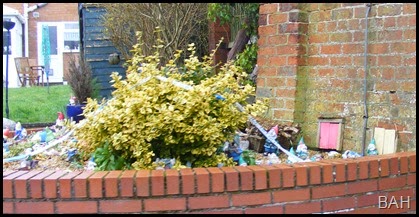 By the time we reached Fradley bridge 90 the batteries were replenished and as we only plan to return to the marina tomorrow we decided to call it a day. 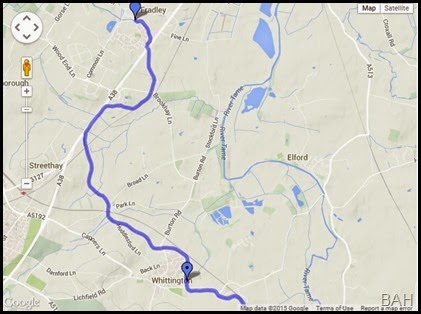 Last year I think the polytunnels had asparagus - I was very disappointed not to get the sweet smell of starwberries.