Last night was a clear starlight night and I was hoping to see the Aurora Borealis last night but no luck. Although the sky was clear there was a bit of low mist and a rather bright outside light on a house to the north of me. This morning we woke to thick fog.

Between 8 and 9 this morning we had 6 boats go by, but apart from the contractors working on Woodseaves Cutting we only saw one boat on the move all day.
Two things that have struck me about this canal is it has lots of long straight sections and it also has lots of rows of long term online moorings, they even moor in the winding holes, this one had 3 boats in it and the one at the top of Tyrley had two. 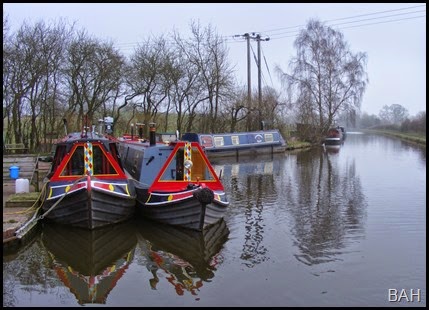 One stretch of moorings runs for approximately 1¼ miles with just small gaps near bridges.

At Knighton there is another old wharf which use to belong to Cadburys but is now owned by Knighton Foods, they still process milk there to make powdered foods. 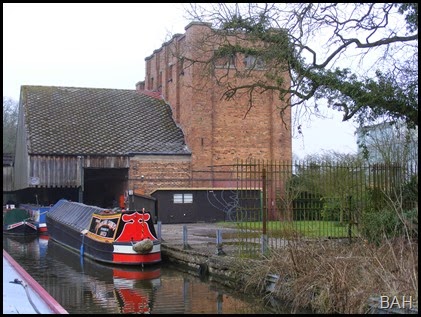 The Canal and Rivers Trust are doing a lot of work in Woodseaves Cutting trying to hold back the land slides and improving the towpath. 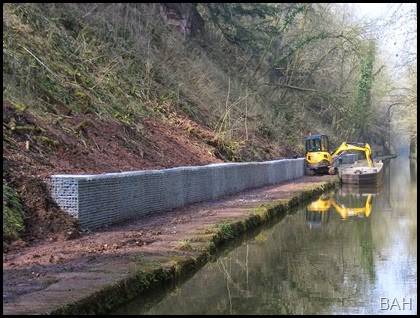 One of the only boats we saw on the move was theirs bringing more stone. They are using Tyrley Top Lock as a loading wharf. They have covered the lock side with heavy timbers including an up stand along the lock side, this serves two purposes, one it stops the driver driving into the lock and two it trips up the boaters opening and closing the top gate. Beside the lock but out of the way is a pile of stone with a loader. 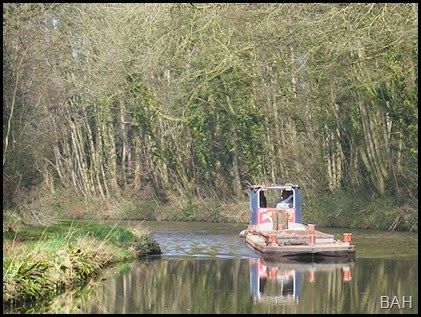 Its a good job this canal is a good depth  most of the time.

We stopped on the visitor mooring at the top of Tyrley locks for lunch and then moved down to fill with water. the tap is so slow we should have gone straight there and had lunch while it filled, there would have been plenty of time.

Some of the Tyrley Locks have two access ladders in them, but the rungs are very close to the lock wall, on some if you were trying to climb from the water there isn’t room to get your fingers round, this was one of the better ones, but you have to watch how you use them. 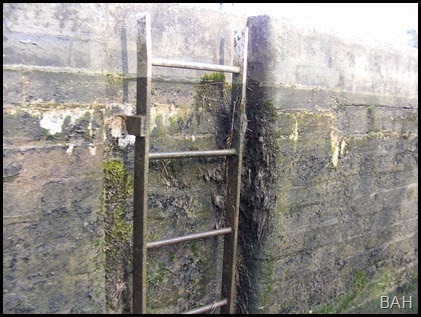 These are quite a good flight of looks as you can stop the boat in the mouth going down and close the gates behind you, this meant Diana could go ahead and have the next lock ready for me saving a lot of time. Just below the flight someone has converted a chopped down tree to a piece of fun. 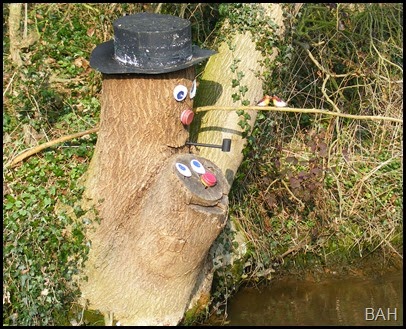 I just love the two little birds on the stick.

We carried on to moor in Market Drayton for the night to go out to eat, we have only eaten out once this trip. 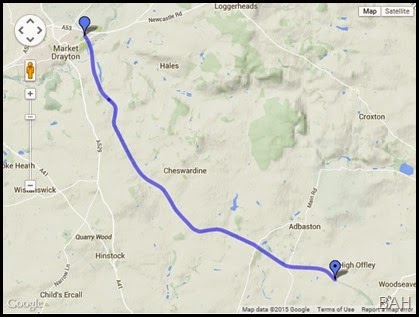