Last night dinner was taken in The Swan at Fradley Junction helped down by a couple of pints of Pedigree, thankfully they had a nice warm fire which was most welcome, after that we retired to Prairie Crocus 2 to enjoy a few glasses of Sloe Gin and Damson Vodka before heading back to Harnser for the night.

This morning Prairie Crocus was away first, not difficult I know and we set off at our normal 10 am. We had to go down the two locks to be able to wind at the junction with the Coventry canal before coming back to head north, so that was the two locks twice.

There was a fair frost last night again but spring is really here, this was reinforced by our first lambs of the season being put out on grass with there mums. 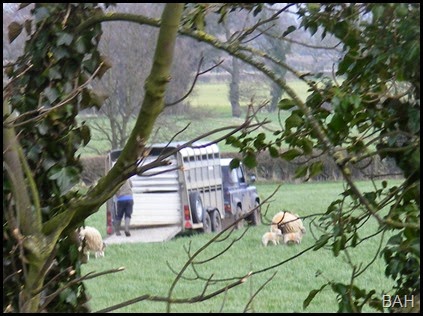 A rather poor shot through the trees.

Talking of trees this one was a mass of catkins 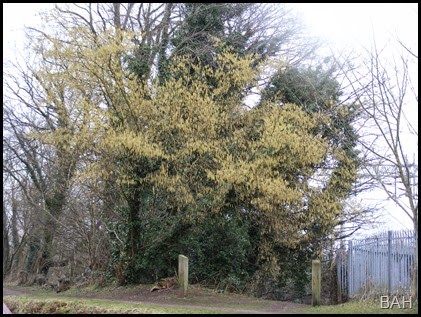 As we approached Rugeley the birds of prey were out taking in the fresh air, it wasn’t long after this it started to rain so I hope 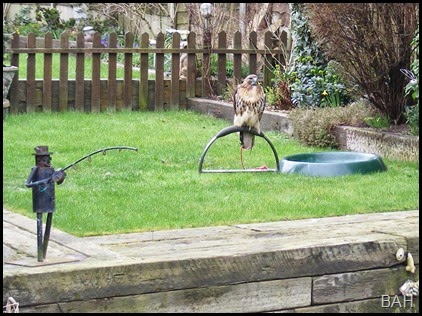 someone got them in. They would appear to be in two adjoining gardens.

We had planned to moor in Rugeley for the night and there was just one space outside Tesco/Morrisons, by now it was raining steadily as we moored up. 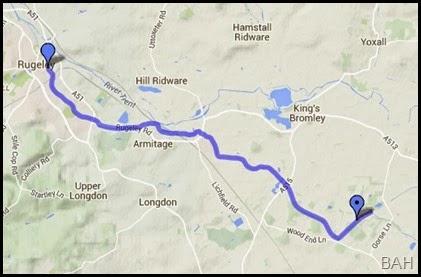