Well last nights internet signal on 3 was about zero, flicking one or two bars on and off, so last nights Blog only went out as text, photos were added today. It was also my first attempt and putting video straight to Blog rather than via Youtube.

This morning we were slightly later away and as we worked down the first lock we could see a CRT work boat loading just below the lock, luckily ha had pulled away before we arrived but it put us right behind him at the next lock. The grass has been cut nicely around the locks but left completely along the lock moorings where you need to get on and off your boat, its actually higher that the wooden mooring bollards. 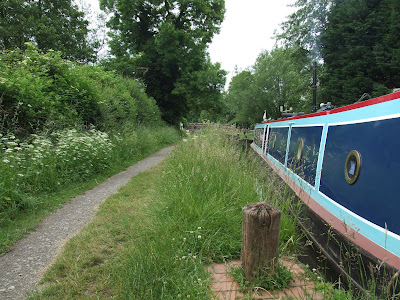 Luckily CRT only went through two locks as they are repairing the lock landing below Claverdon Top Lock. 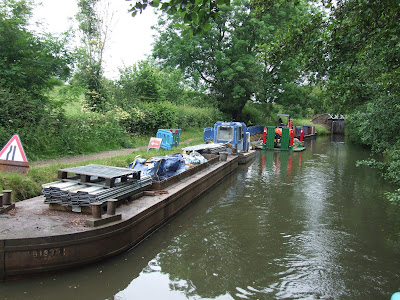 This sign shows that the men on the ground have more sense than those running the job and they have chalked a notice to put on the next lock down warning boaters of what's ahead, you would have thought there would have been a clearer printed sign there. 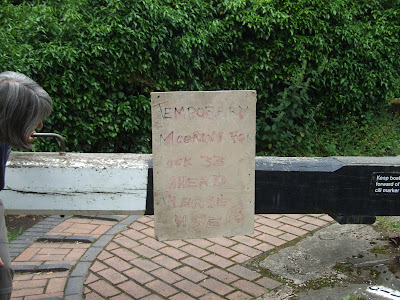 As we were setting Bucket Lock I walked down and under the aqueduct to see the underside of the iron trough and shot this photo from beside the stream. All the aqueduct along here have the towpath at the same level as the base of the trough, 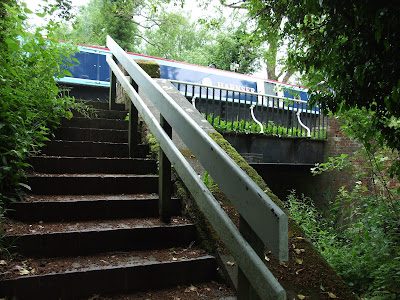 whereas on most other navigations its cantilevered above the water level. The advantage of being beside the trough is the weight of water in the trough is reduced by about a third, the down side is there is less room for the water to flow back past the boat making progress more difficult. We carried on without seeing a single boat on the move down the locks, we had planned on Preston Bagot Bottom Lock being the last of the day. This lock is butted up tight against the road bridge so after the boat leave and the crew closes the bottom gate they have to cross the road to rejoin the boat. The offside cottage adjacent to the bridge has this finger post in its garden. Please don't ask me the reason behind it. 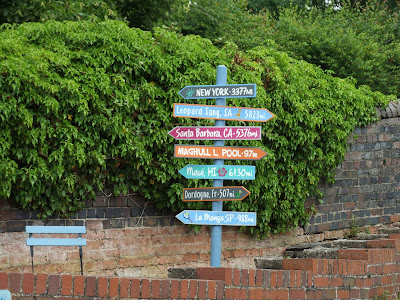 Most of the bridges along this canal are of the fixed cantilever design with a gap between the two deck leaves for the tow rope to pass, this meant that they didn't requite a tow path running through them as the horse could just walk round them and the boatman feed the rope through the slot between the leaves, it resulted in a much narrower bridge and no need to build an arch on top. 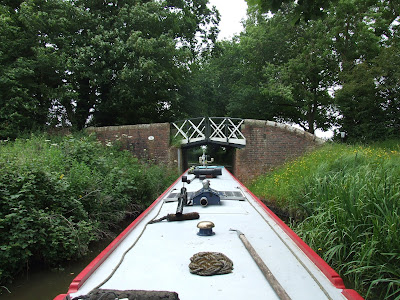 Last time we came this way Hill Farm Marina looked quite new but it now looks very well established, The building is now a nice café but was once a cattle shed and grain store. 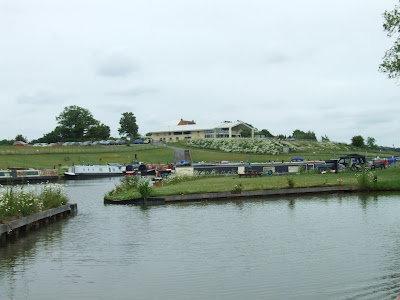 Or original plan was to moor above Bearley Lock but as it was nice we decided to continue for one more lock, it was here we saw our first boat on the move, they were just entering the lock as we arrived and there was a second boat going down ahead of them. Once they had gone we turned the lock and followed them across the Edstone Aqueduct, this crosses a private road, river, public road and the railway, its the longest iron trough aqueduct in England at 475 feet end to end. At one time it use to feed water to steam trains using the line below. Continuing through Drapers bridge we moored at the first section of piling we came to, its not deep enough for us to get close in but we wont bang the sides as boats pass. Since we have been here the canal has been quite busy with boats going in both directions and as I type this it has started to rain yet again. 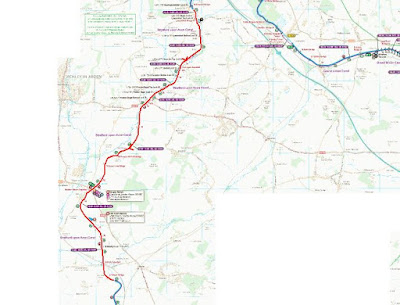