Last night dinner was taken at the Fleur de Lys at an indoor table. There seemed plenty of space around the diners but it was mid week. I don't often eat chips these days but I must say last nights were really good.

I checked the emails when we got back to the boat and there was one to say that lock 17 on the North Stratford would be closed this morning for emergency repairs to a cill so today was rather a lazy start at 10-30am. We had mixed luck at the locks as several boats had gone up ahead of us, but we also met a few locks.
One of the points of interest for me were these buildings on the offside just before the old railway bridge, maybe there was once a railway Halt here at Lowsonford. 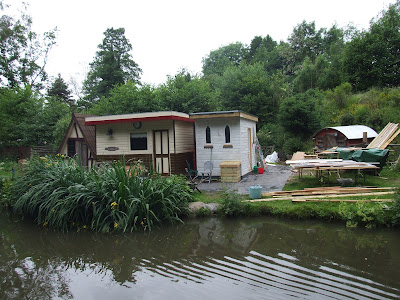 Beside one of the locks I spotted this seat in memory of Doug Smith, the founder of Lockmaster maps, probably the first canal map we bought that Diana's mother painted in watercolours for us. 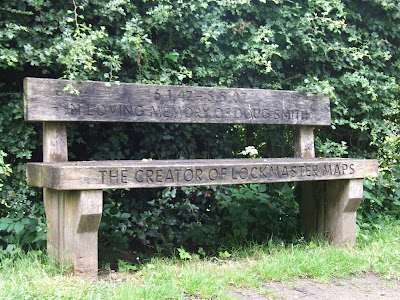 When we went down the flight some paddle gear was covered in nice little brightly coloured C&RT bags to show they are out of action, now we are back to black bin bags, maybe there are so many paddles out they don't have enough coloured bags, one even doesn't warrant a bag and just has a label, that 5 paddles between Stratford and Kingswood Junction. 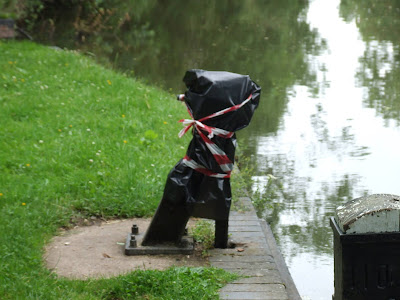 I don't know if this has any significance but the sheep were all laying under the trees, I know if all the cows are in a huddle it indicates the coming weather. 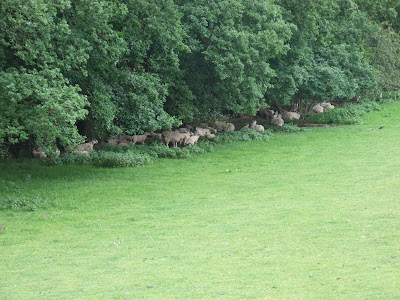 Coming up the last lock of the S Stratford there was a strange noise from the stern gear. We needed water and pulled over to the services, while the tank filed I delved down the weedhatch and found yet another side fender tied to my propeller. 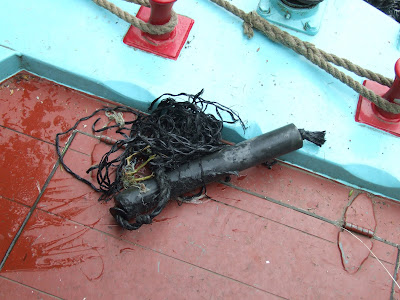 From here all the pounds up to lock 17 were full of boats waiting to go up, so we decided to reverse down the link towards the Grand Union and tied up for a couple of hours until things started to move, we then went back onto the Stratford and when the next boat dropped down through lock 21 re started a slow journey up to between locks 14 and 15 to moor for the night.
When we set off this morning it was cool, overcast and almost raining, after lunch it was sunny and hot, now this evening it not only raining but also thunder and lightning. 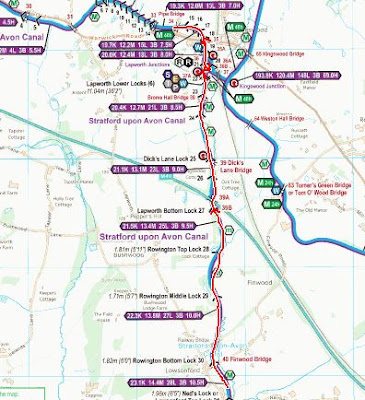