Well needless to say it rained last night.
We set off this morning a few minutes after 10a. and shortly before the locks we passed the remains of the old tramway bridge. 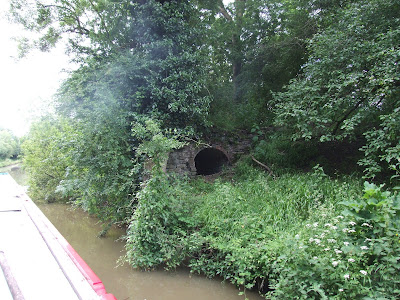 We had quite a good run down the first set of locks as they are close enough to walk down and set ahead and at lock 43 we met a boat coming up with a Volocky assisting them, its a handy pound to pass in. meeting them put the next two with us and then another Volocky turned No 46 to our favour, leaving that we met yet another boater who told us we had a good run to the bottom, however at the next lock we could see a boat ahead of us leaving. We stopped for water and dispose of rubbish at bridge 63. The rubbish compound is locked and they take recycling but still some boaters haven't got the hang of it, so its little wonder C&RT have so few recycling stations. There was a boater already taking water so we had a bit of a wait.
C&RT have left this work flat moored to the lock moorings just below lock 50, there is about 300Mts of straight piling they could have used. If its still there when we come up it will be another email to C&RT. 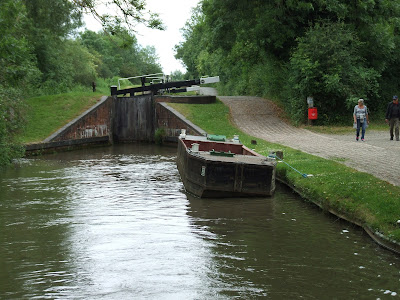 We were hoping to moor for a short time by The Premier Inn so Diana could get some bibs and bobs, but it was full, even a hire boat on the lock landing so I stopped short of the mooring and got the nose in close enough for her to hop off. She returned just as a boat had come up lock 52, so she stopped there and opened the gates again for me, which was lucky as there was another boat about to turn the lock. We did have a boat turn lock 53 but then the lady couldn't open the bottom gate, closing it was just as hard, from here we didn't see any more boats on the move but we had been told there were about 4 vacant slots in the basin. You enter the basin through quite a low bridge, at one time it was even lower. 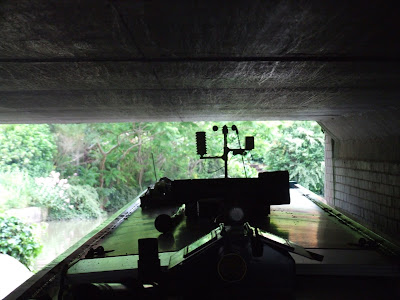 We entered the basin to find there are now two ice cream boats moored here and the bit that was set aside for a barge that catered for vulnerable people have been replaced by a pizza boat with an open wood fired oven. We found a couple of adjacent slots and slit into them letting the wind decide which one we would use. You look cooler doing it like that rather than picking one and fighting the wind. 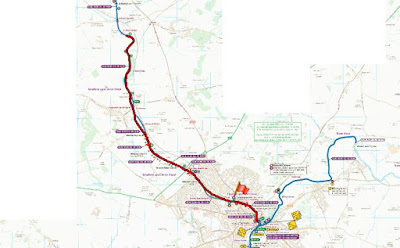 HI,
I emailed CRT a couple of years ago about a workboat on the lock landing below a flight of locks, on the W&B I think, and got an email saying it was a welfare boat and how important it was, and the men would always help us with the lock. I had already explained where they should have moored, etc and the response (from her supervisor) made it clear neither of them were boaters! I explained how dangerous it could be if the banks were too overgrown for crew to get off (especially if they tried to cross on a flat), and asked what would happen outside working hours? The response was 'they would pass my concerns on' but it's clearly not got into their working practices has it?
Best wishes
Debby

Well I have had a reply and its being passed on